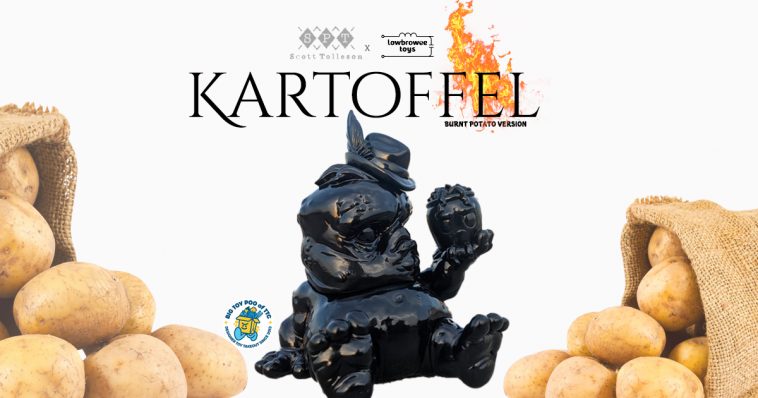 OK, WHO SET THE OVEN TEMPERATURE TOO HIGH?!!! Look at this charred Potato! HA. Back in April, Scott Tolleson x Lowbrowee Toys Presented the Awful Kartoffel Moldy Godzilla Blue Edition right HERE. Some thought that The Awful Kartoffel body and looks were based on ourselves here at TTC, the cheeky bastards even if it was true they should have kept it to themselves right? we have feelings over here, HA. Anyway its been a few months since the dabut and now with DesignerCon 2021 in a matter of days, Scott Tolleson x Lowbrowee Toys present to you Awful Kartoffel DCon Burnt Potato Version

To the realm of Scott Tolleson’s food-inspired kaiju, we are now introducing a new Japan-made sofubi: Awful Kartoffel!, Co-created and produced by Lowbrowee Toys (Yaniv Brick).  This grumpy Bavarian tuber, together with his bitter partner, Sour Kraut, will do anything to avoid Oktoberfest events!

The grumpy duo merely escaped its Oktoberfest fait to find itself around for Thanksgiving meal preparations.  This inedible “Burnt Potato” version is an all-black Japanese sofubi. Kartoffel stands almost 5inches tall and, while sitting lazy on its butt, it has three points of articulation. It comes with an extra stand-alone 1.5inches tall finger puppet Kraut and two interchangeable left arms: one carrying Kraut and the other resting freely, so plenty of playability.  Kartoffel and Kraut come bagged with a header card. 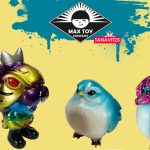 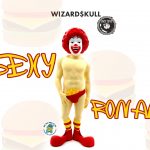