Fresh out of the steamer is Black Truffle Bao by Scott Tolleson x Pobber Toys! How fancy with the Black Truffle right? Anyway, this little Bao will be making its debut at DesignerCon 2018. He comes with his own collectable bamboo steamer packaging and continuing Scott Tolleson’s foodie toy series Pobber present to you Bao, the shy little dumpling friend.

Following the sold-out previous editions this little dumpling boy is ready for your belly, oops we mean collection.

Don’t be too salty if you can’t make it to Dcon as Pobber has announced: “Online release will follow soon after.”  http://pobber.bigcartel.com/ 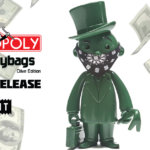 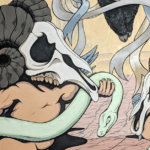