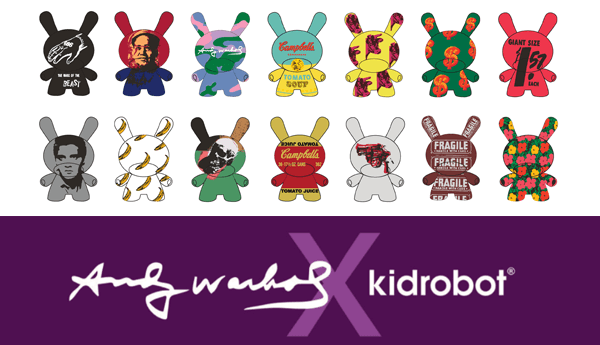 If one new Dunny Series to be revealed wasn’t enough tonight, we actually have news of a second Andy Warhol x Kidrobot Dunny mini-series which will be dropping in May 2017. Yay! This series features all new iconic Andy Warhol designs and fresh new takes on some of the classics from the first Warhol Dunny Mini Series. Not only will there be a blindbox mini series, there will be an 8inch Cambell’s Tomato Soup Dunny dropping in May too. Priced at $250/£201 and limited to 500 pieces, this is a must have piece for any Warhol collector.

2017 will see Kidrobot release at least THREE Dunny series. The J*RYU curated Arcane Divination series, the newly announced The Dunny Show and now the second Andy Warhol-inspired series. Fantastic, if you ask us! We can’tw 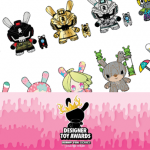 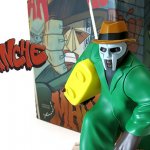