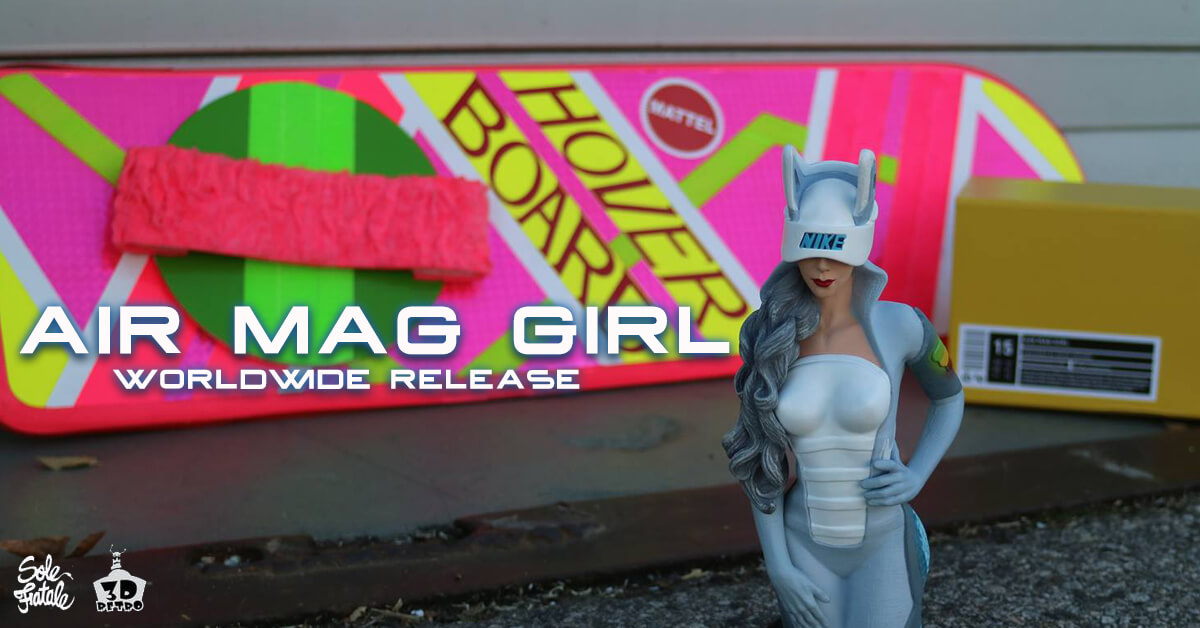 Sneakerheads, be on the lookout as Reina Koyano joins the 3DRetro roster to bring you Reina in a 3D designer toy format! Reina Koyano Designer and illustrator from Tokyo whos now based in L.A bringing some sneaker culture to the world of designer toys. Her notorious signature style is now a limited edition bust based on the original artwork of Reina Koyano. Collectors will be happy to know that Air Mag Girl will be up for general release after making an limited early run of the Air Mag Girl at last years DesignerCon. The icing on the cake for this release will be a Release Party at 3D Retro store where you’ll be able to meet Reina in person as well as being one of the first collectors to cop the Air Mag Girl. 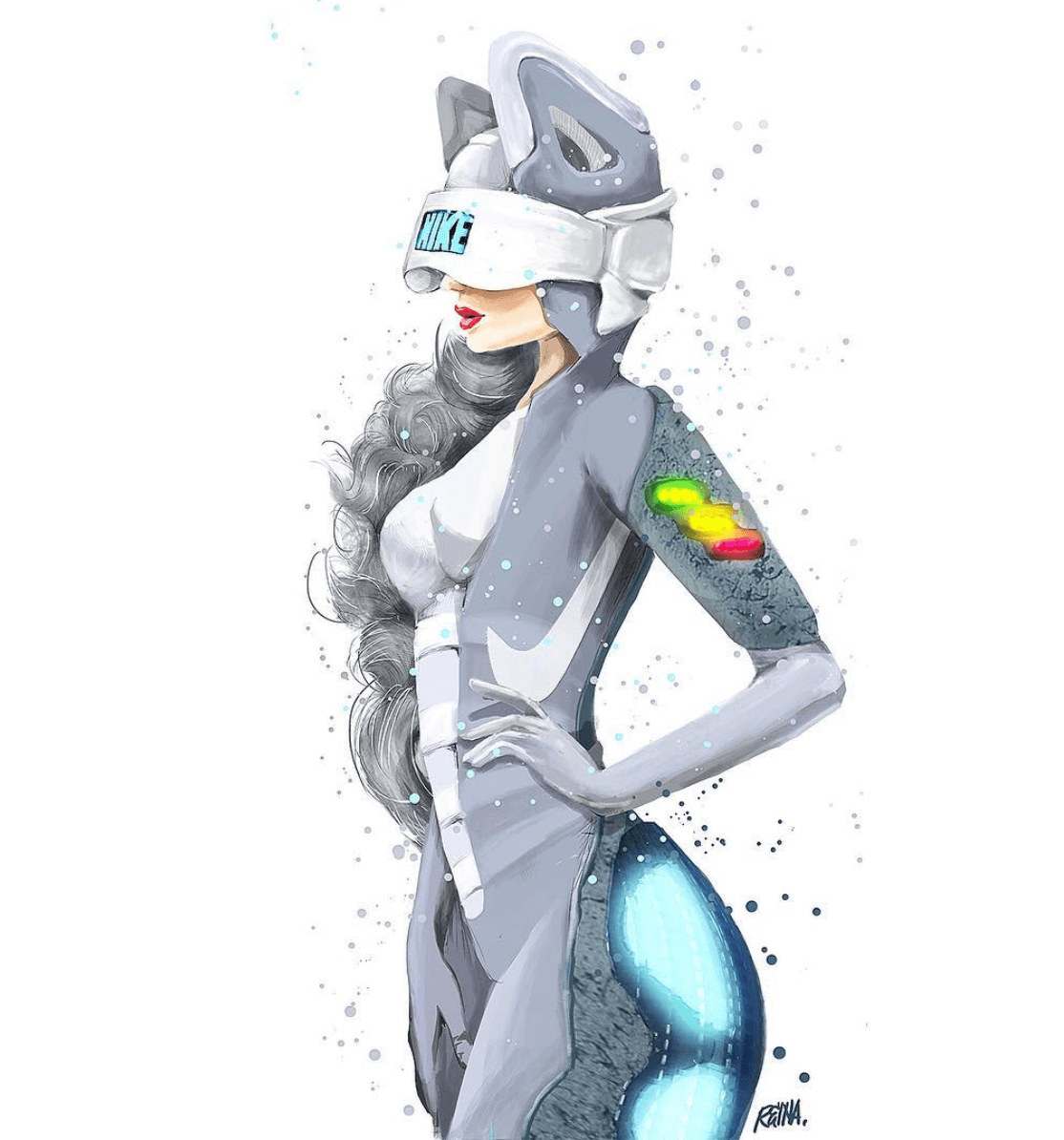 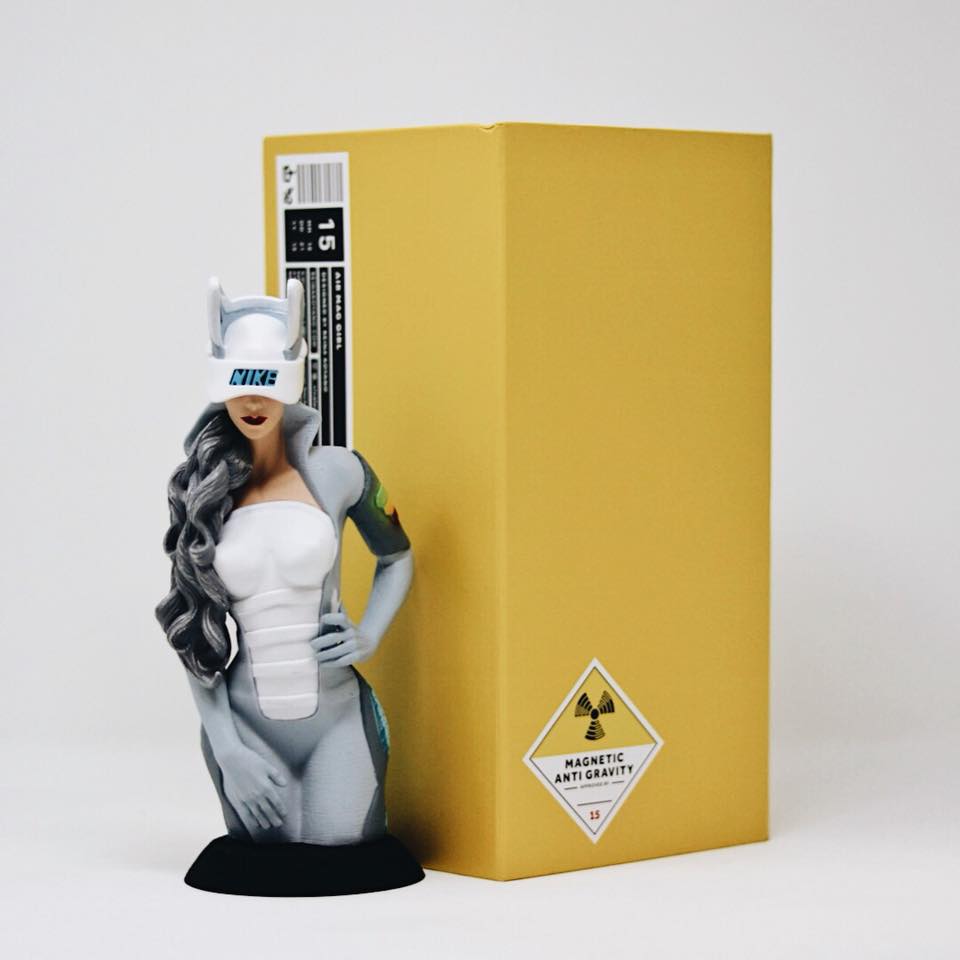 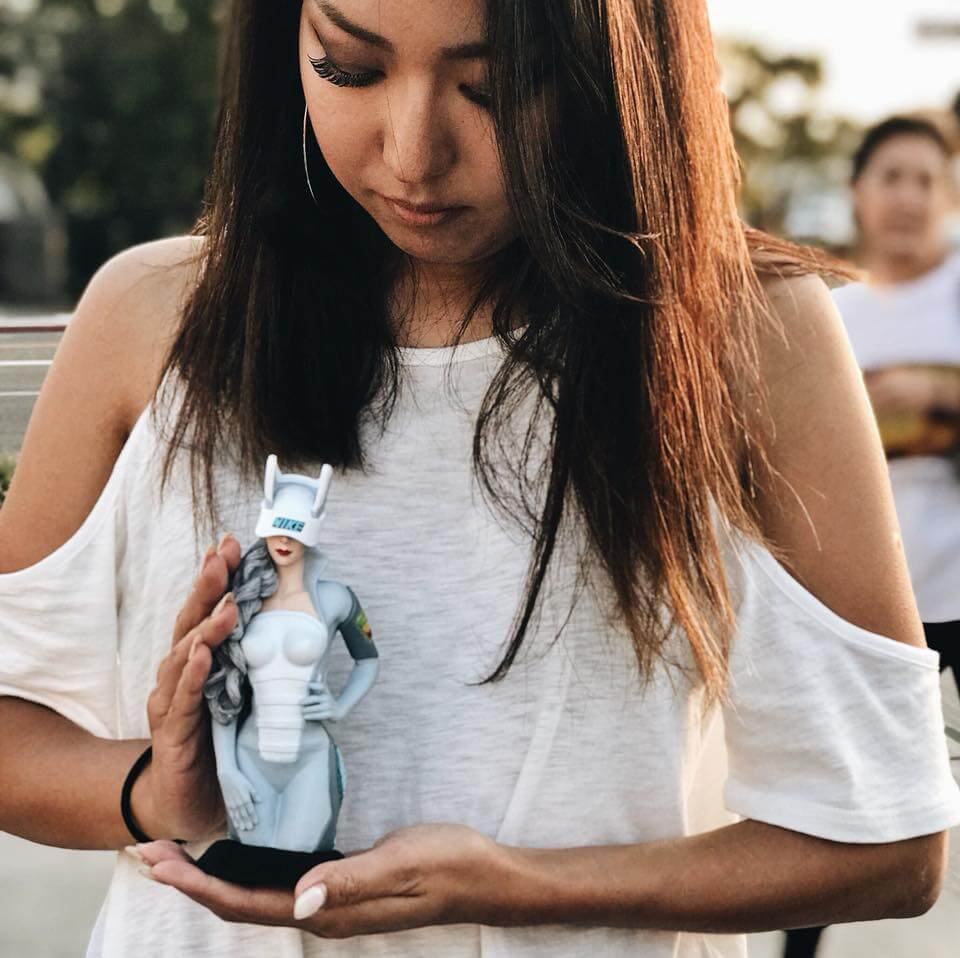 Check out Champ Sports video below about how Reina Koyano Designer and illustrator from Tokyo, Reina Koyano, interprets the Jordan Retro 8 “Bred” onto a female body form to make a dope piece of art obviously the video is about the Retro Bred’s and not the about Nike Air Mags but still a great way to know how the concept of Reina’s art and ideas are formed. 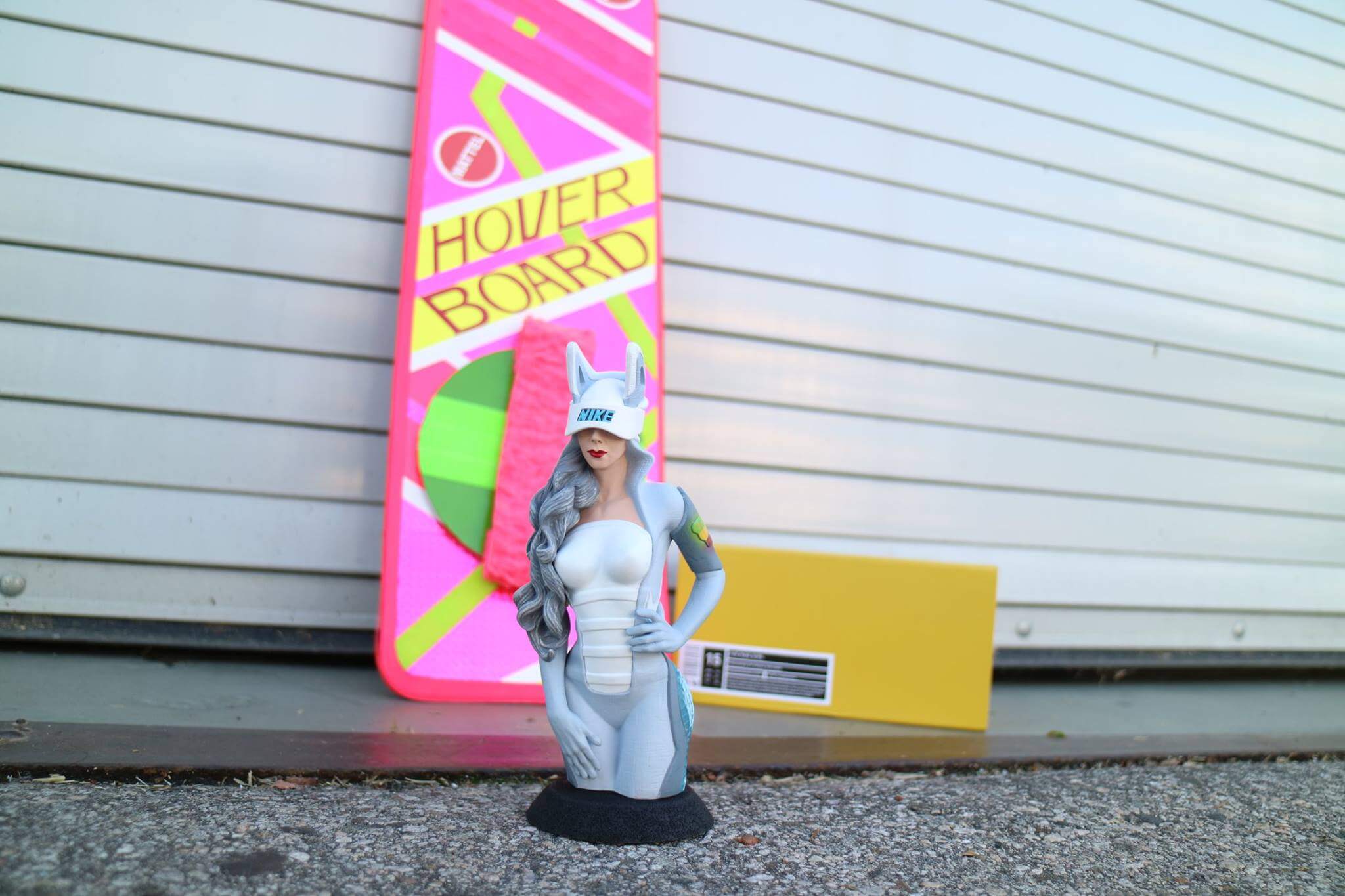 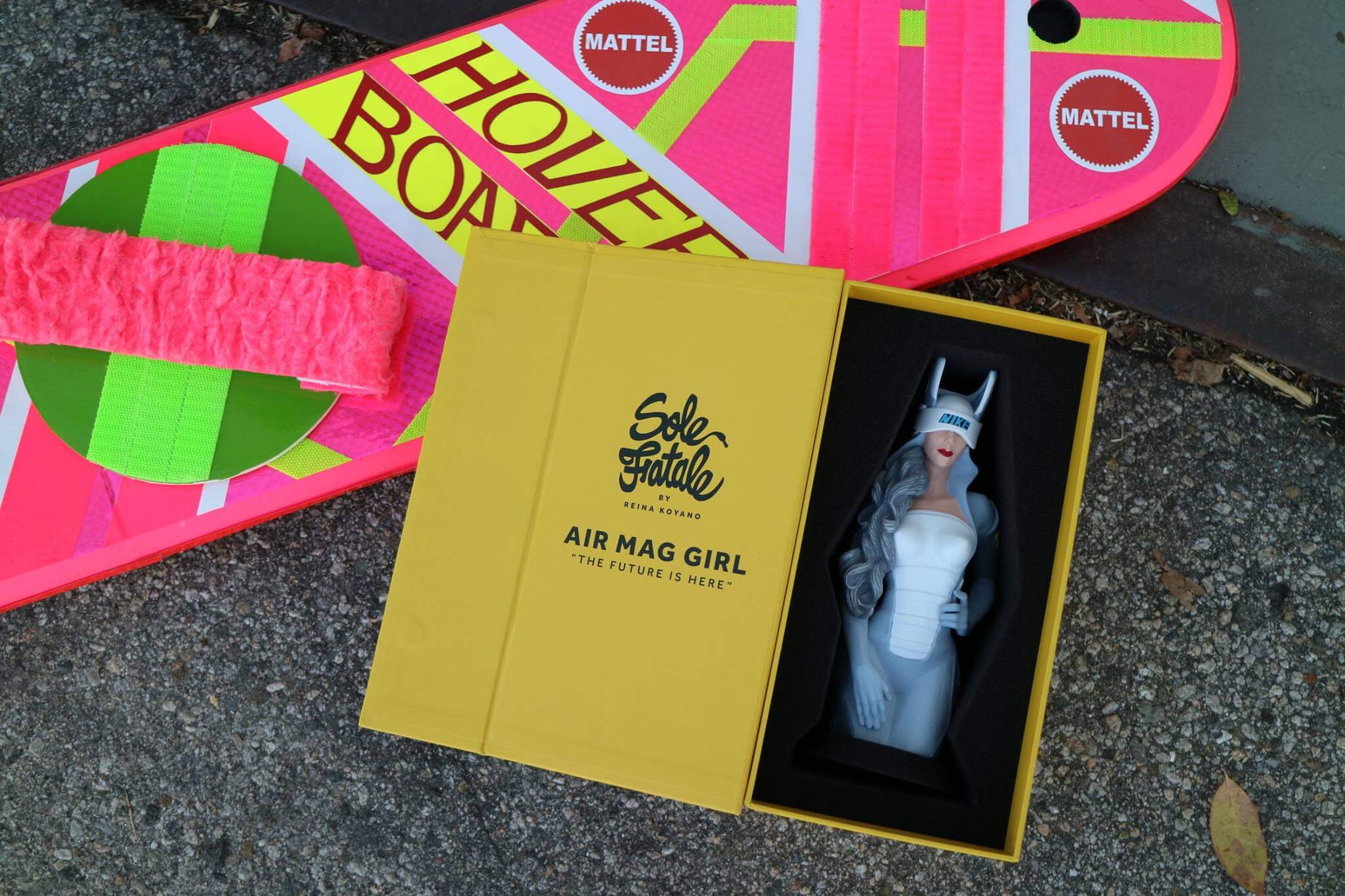 Join 3DRetro and artist Reina Koyano for the official global release party of the Air Mag Girl Bust. Based off of Reina’s popular artwork that has been featured in such publications as Hypebeast, Highsnobiety, Sneaker Freaker and many others. Reina will be on hand signing these limited edition busts for fans.- 3DRetro 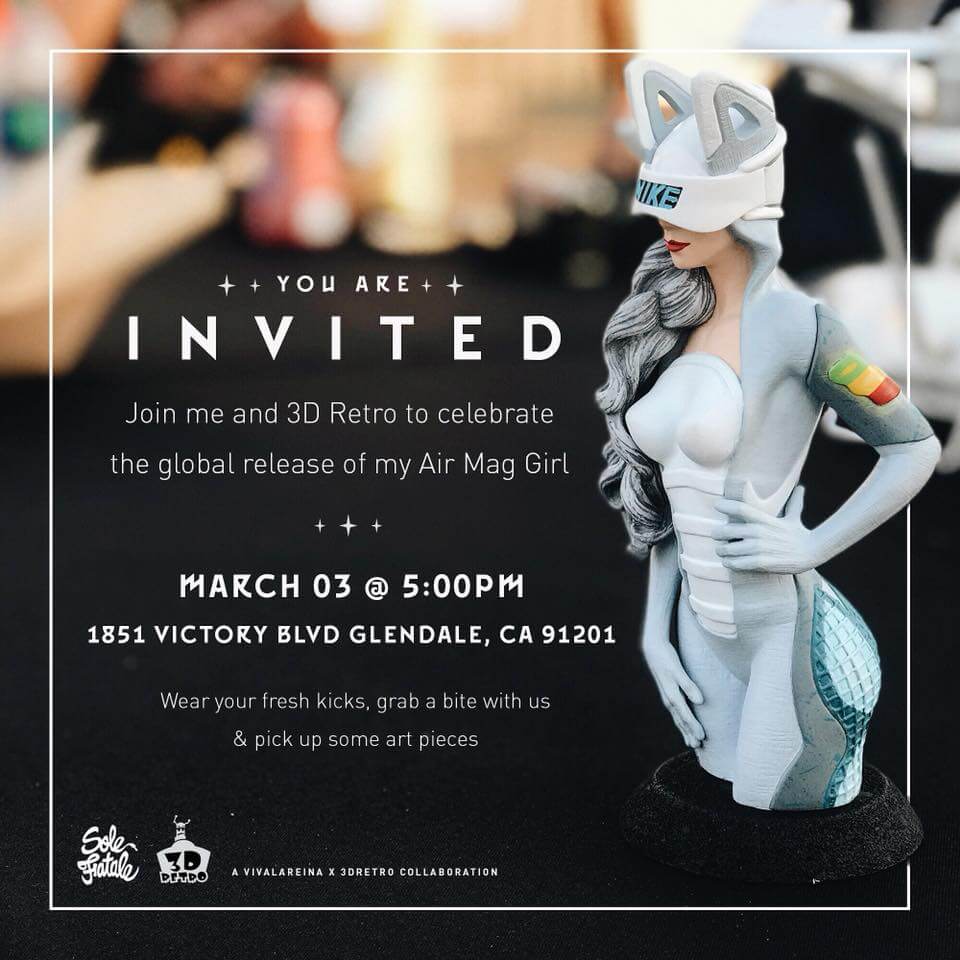 She will also have various Sole Fatale art prints ($40) for sale. Come meet her in your fresh kicks, she would love to see everyone there.
WHERE:

Episode 3 of Toy Geeks Behind The Counter is up now! featuring REINA who joins BEN, JACK  and MITCH  talking about some awesome toys and not so awesome toys which features AIR MAG GIRL!