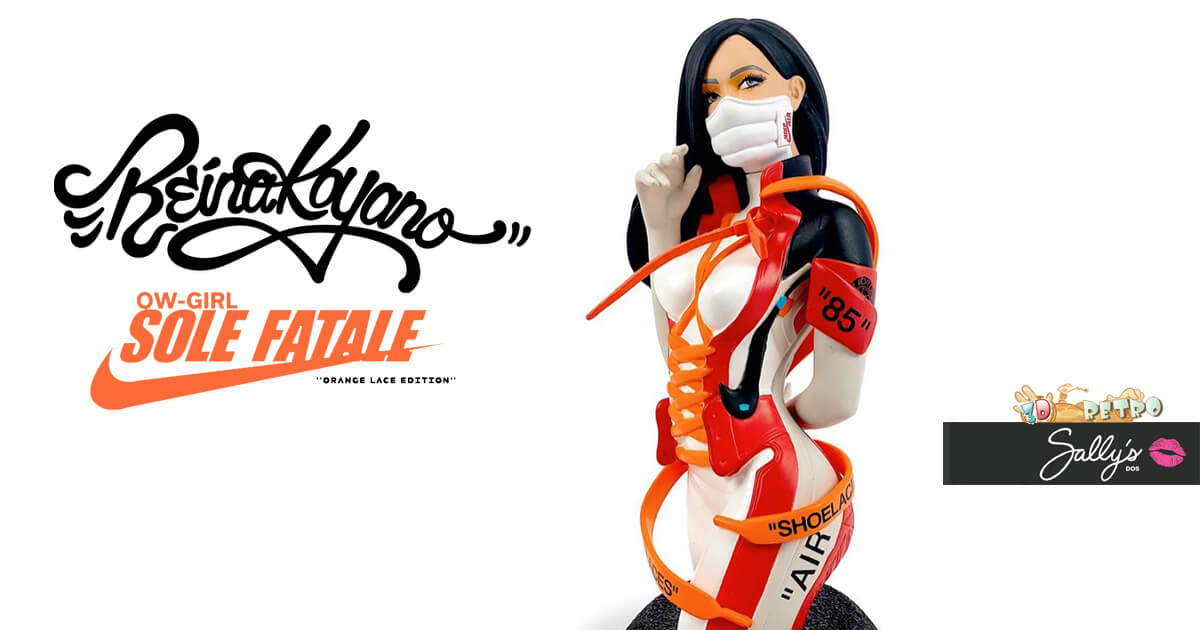 Just hours away from the GRAND OPENING of Sallys Shoes what better way to celebrate to have Reina Koyano at the store as well as the release of her OW-GIRL “Orange lace” At the new location in Temple City, you can hang out with them as well as get your sneakers cleaned complimentary by Sneakerlab.

When I first met Sally, I was nervous. Will she like me? Will she accept me?

Sally is OG. “Reina, I don’t have time for fake people,” she would tell me. Sally, owner of Sally Shoes has been serving the Community for 34 years, treating her customers like family, and creating a place like home at her store.

She gave me a big hug and welcomed me in. Her spunky energy reminded me of my own mother. “I’ve been selling shoes since I was 5,” she would laugh as she whipped her brightly painted manicure. .

Since then, I would visit her store to pick up shoes – but like everyone else, we were there to see Sally. To catch up. To hear her amazing stories.

She opened her first store when she was 27, and has been working hard since. She’s pushing her 60s, but she has an unbeatable drive that I wish I had – or I aspire to have.

This leap year, I am honored to celebrate Sally’s accomplishments over the years, and the beginning of their new chapter.

Please join me – I think there is an irreplaceable value in actually going to a store. After all, that’s what inspired me to start my illustrations. – Reina Koyano

Reina Koyano will be releasing an exclusive OW-GIRL figure + print. An opportunity not to be as you will have the chance to meet Reina Koyano. Get that selfie poses ready.

Sneakerheads, be on the lookout as Reina Koyano continues to be on 3DRetro’s roster to bring you Reina art in a 3D designer toy format! Reina Koyano Designer and illustrator from Tokyo whos now based in L.A bringing some sneaker culture to the world of designer toys. Her notorious signature style is now a limited edition bust based on the original artwork of Reina Koyano.

Episode 3 of Toy Geeks Behind The Counter is up now! featuring REINA who joins BEN, JACK  and MITCH  talking about some awesome toys and not so awesome toys which features AIR MAG GIRL!