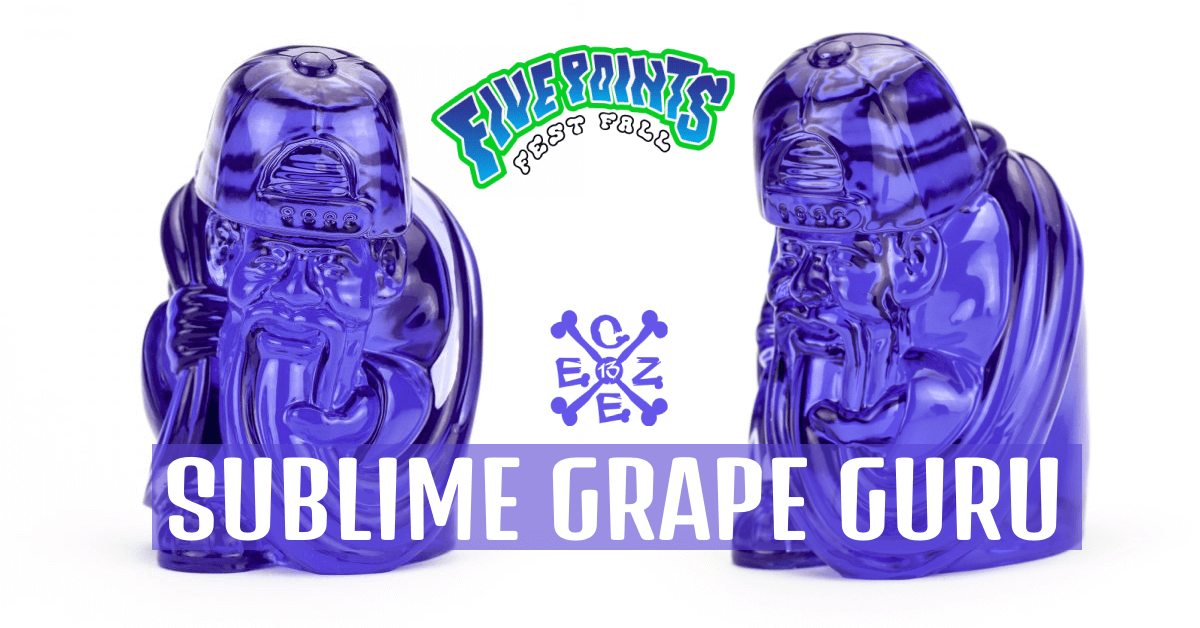 Well, it is here. The time is now. The time for Five Points Fall Fest is here! We brought you news about this new adventure for the Five Points Festival krew last month (read HERE) and with a blink of an eye it is time for everyone to head towards the city of New York for a celebration of all things Designer Toys. Whilst you’d think that NYCC is the main focus for most, you’d be wrong. NYCC still offers some great Designer Toy adventures amongst the masses of corporations, but not as it once did. With the rise of Five Points Fest in the same city, it’s time for a new beast to fight the good fight. Out of the blue corner, standing in at 6inches tall is the new Sublime Grape Guru! A beautiful new collaboration between Czee and Clutter Studios, born over countless discussions and a trip to Chuang Yen Monastery in New York earlier this year. This Sublime Grape Guru is as the name suggest, sublime! The epitome of perfection. Mixing the many styles that make Czee so popular. The street side with his sneaks and backwards cap, along with the bearded peaceful guru shuffling along with his life.