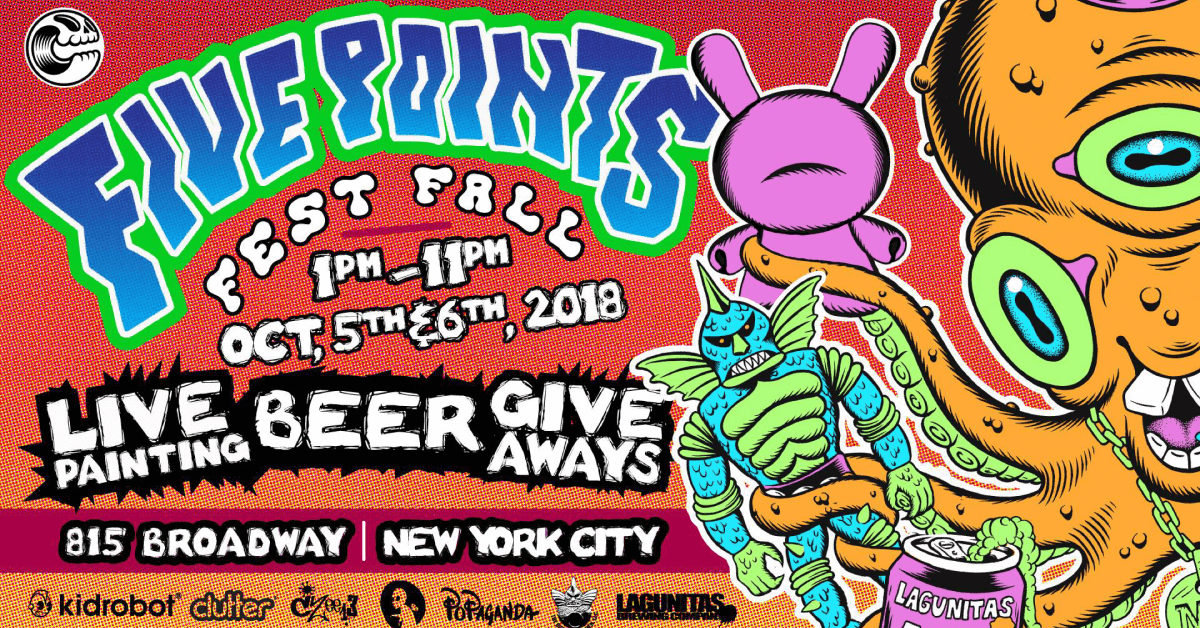 WELL THIS IS HUGE NEWS! Just announced is a new chapter in the life of Five Points Festival. Following TWO huge years in NYC, Five Points Festival is stretching its wings into the autumn with the announcement of the Five Points Fest Fall taking place in New York City over the NYCC weekend! Teaming up with our friends at Kidrobot, Clutter, POPaganda, Martian Toys, Mutant Vinyl Hardcore, Lagunitas and more to party during the weekend of New York Comic Con 2018! 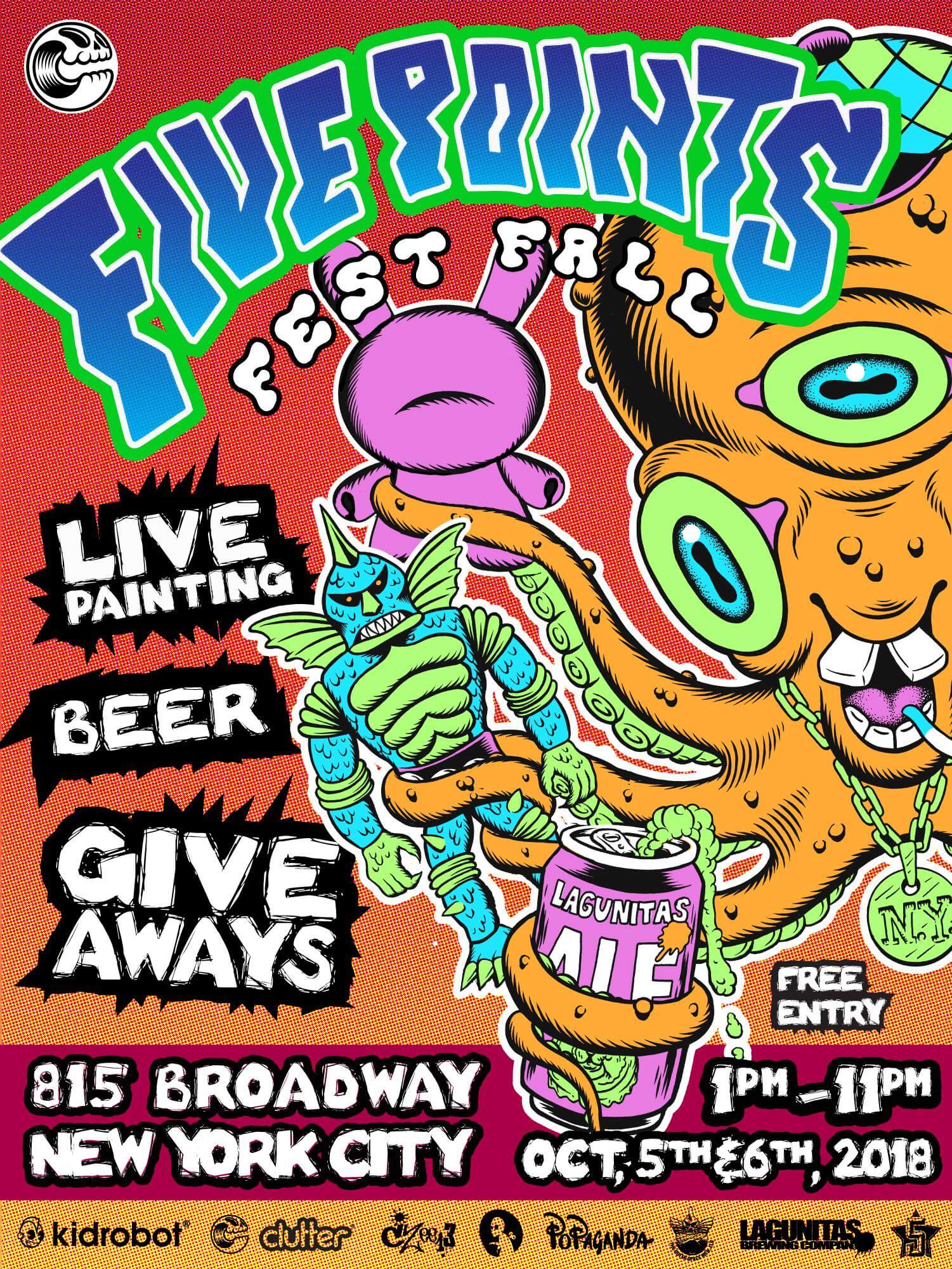 Taking place on both 5th & 6th October, head on over to 815 Broadway, NYC to make part in this Five Points Fest Fall pop-up event for 2 days & nights of Designer Toys, live painting, exclusive drops, giveaways, lotteries, beer, DJs, and so much more!! Featuring art and appearances by Ron English, Jason Freeny, Tara McPherson, Czee13, Kikkake Toys, American Gross, The Bots, The Outer Space Men, Nugglife, plus other surprises! We are hearing that there will be the first release of the new Colossus Rex 12” Figure colour way! A VERY SPECIAL RESIN DROP FROM CZEE!! An exclusive drop from Mutant Vinyl Hardcore and a new Five Points Fest T-Shirt – featuring the King Korpse illustration by Thomas Ferdinand! 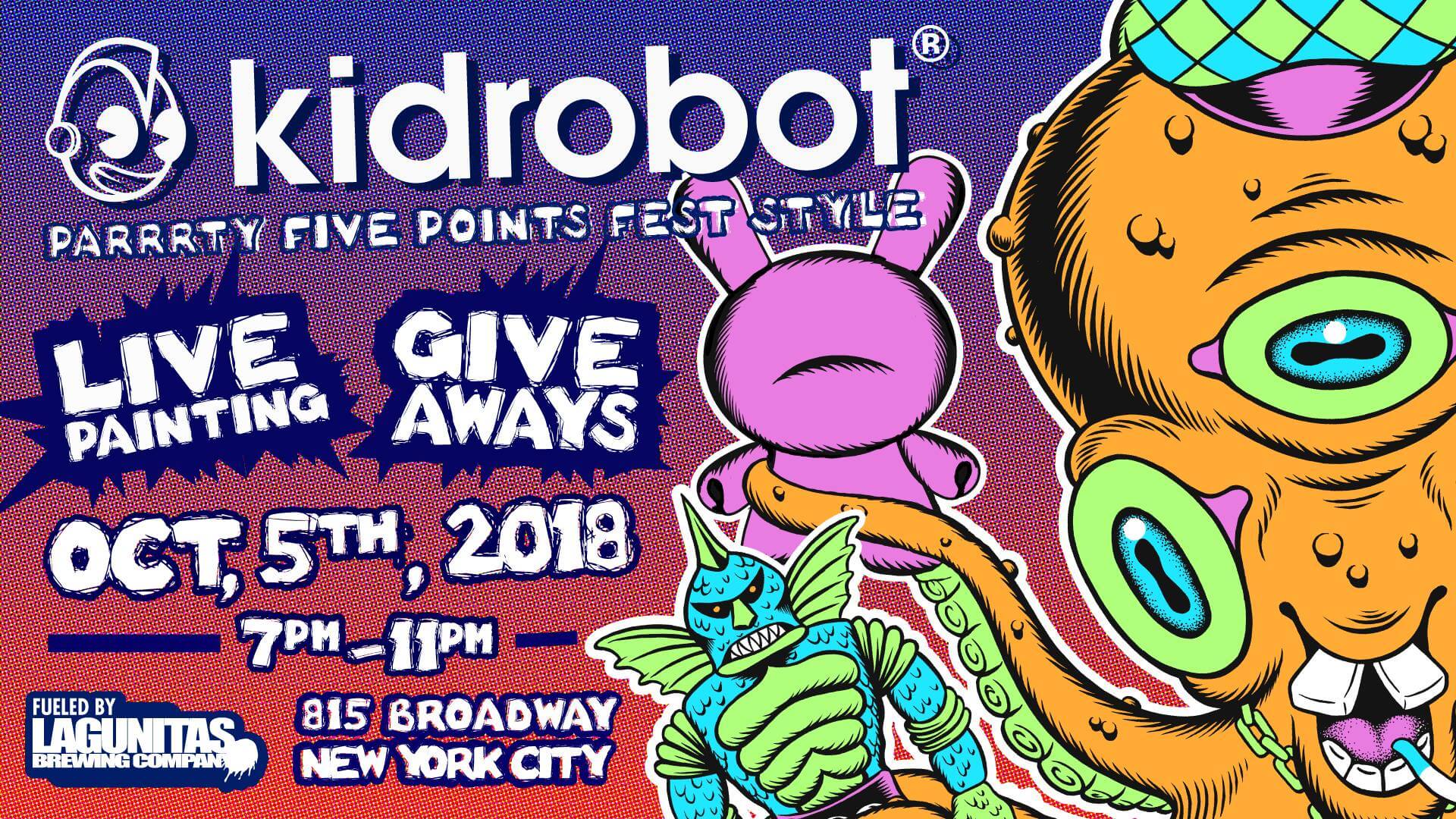 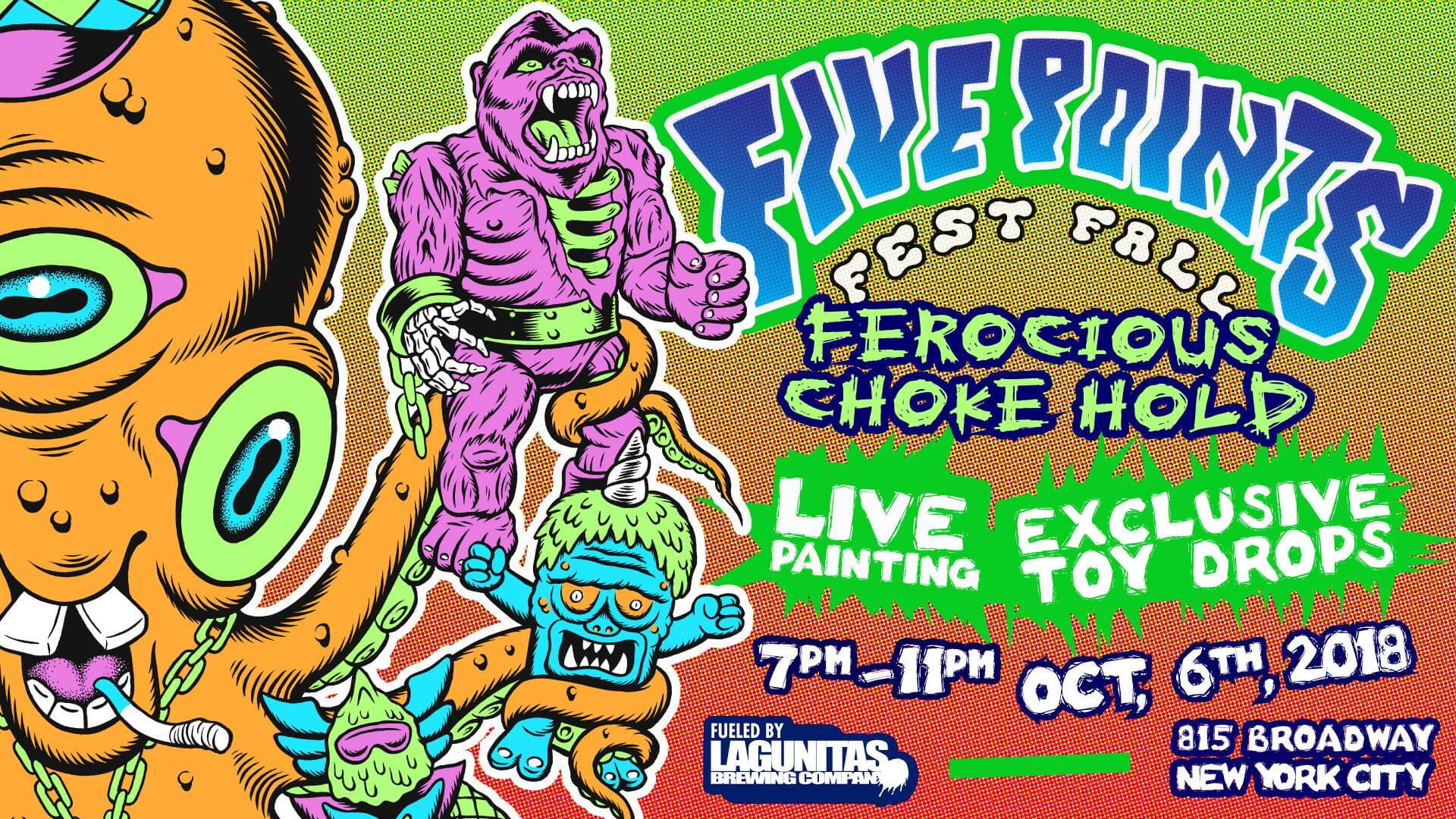 You can join the Facebook Event page for Five Points Festival Fall HERE!