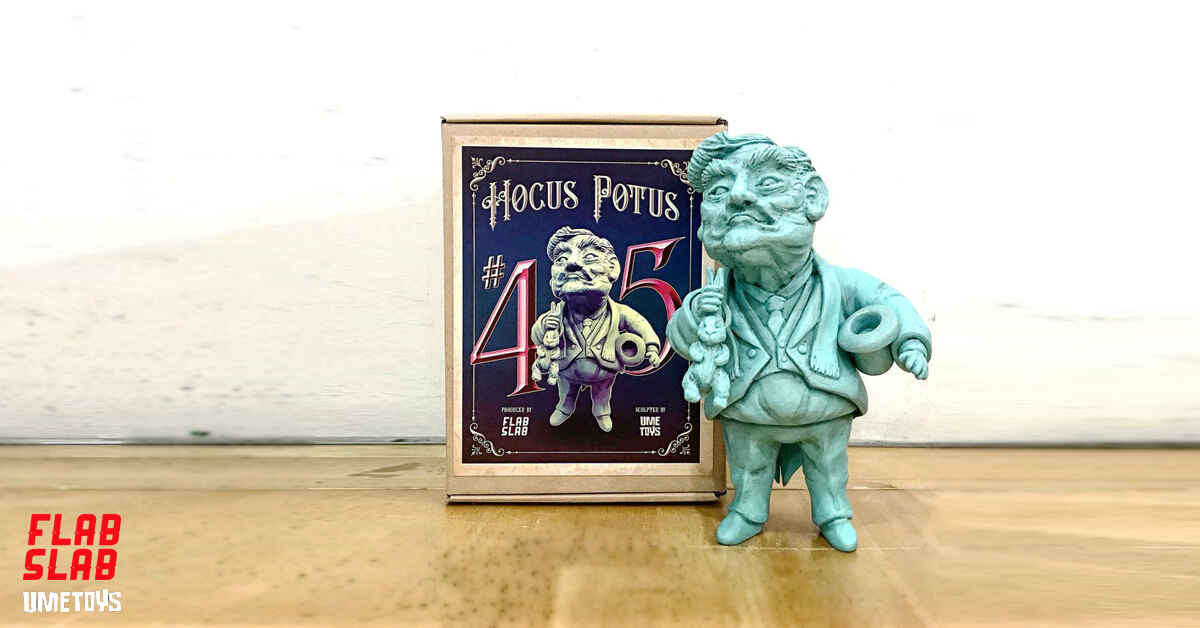 TEA TIME! Maybe not quite yet but it’s time for  FLABSLAB x UME Toys ” HOCUS POTUS ” resin figure. Has the Mad Hatter gone rogue? FLABSLAB and Richard Page of UME Toys reading too many books or watching way too much of Apprentice? Who knows, what we do know it this first edition of HOCUS POTUS has been released over Easter.

Sculpted by the uber talented Richard Page, we have the greatest magician we have seen in generations. HOCUS POTUS is able to make anything white turn into black and anything black even darker.- FLABSLAB

The 45 is a nickname given to President Donald Trump by his critics as a way to refer to him and the administration without invoking his actual name. The number 45 signifies the ordinal number of Donald Trump’s presidency in counting order since the establishment of the office in 1789.

The association between the number 45 and Donald Trump was established shortly after his victory in the presidential election in November 2016. One of the earliest notable instances can be attributed to Trump himself, who was seen sporting a custom edition of his iconic Make America Great Again red baseball cap with “45” embroidered on the side while leaving his Florida resort on November 27th, 2016- knowyourmeme Standing 7.5” tall and cast in resin.