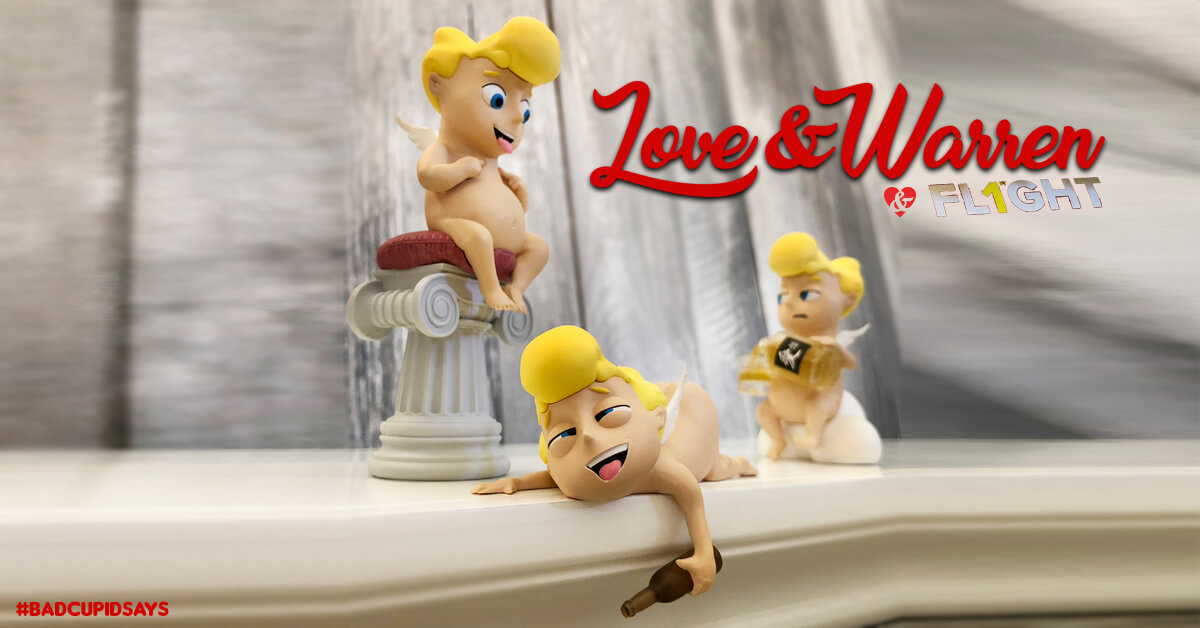 For the last year, Love & Warren has been in the film festival circuit and has been blessed numerous selections and awards. To celebrate the success of the animated short, the creator, John Tso, has teamed with Bindle Studios and Korena of Woot Bear Gallery to create a series of hilarious resin figures featuring the incompetent and often intoxicated Cupid, Quincy Lightfeather. With guidance from Korena, the figures were designed by John and brought to life by Brent Johnson of Bindle Studios, an Emmy Nominated Director (Yo Gabba Gabba!) with over 10 years of experience in set, puppet, and prop fabrication (Tumble Leaf, Anomalisa, Robot Chicken). The figures celebrate key moments from the comic and the animated short. Not familiar with Love & Warren check out the 18-second clip you might be an instant fan like us. Cupid’s really do exist! 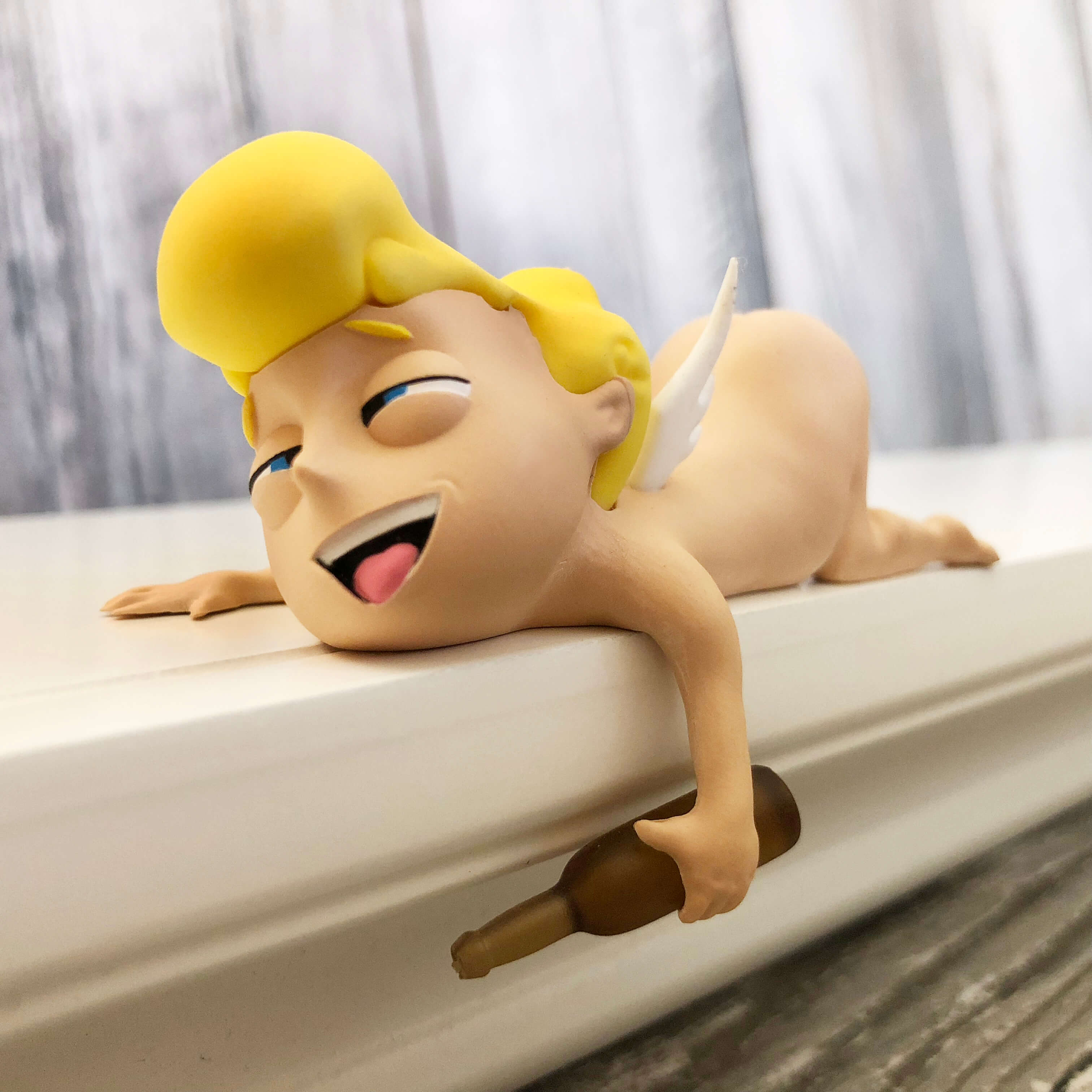 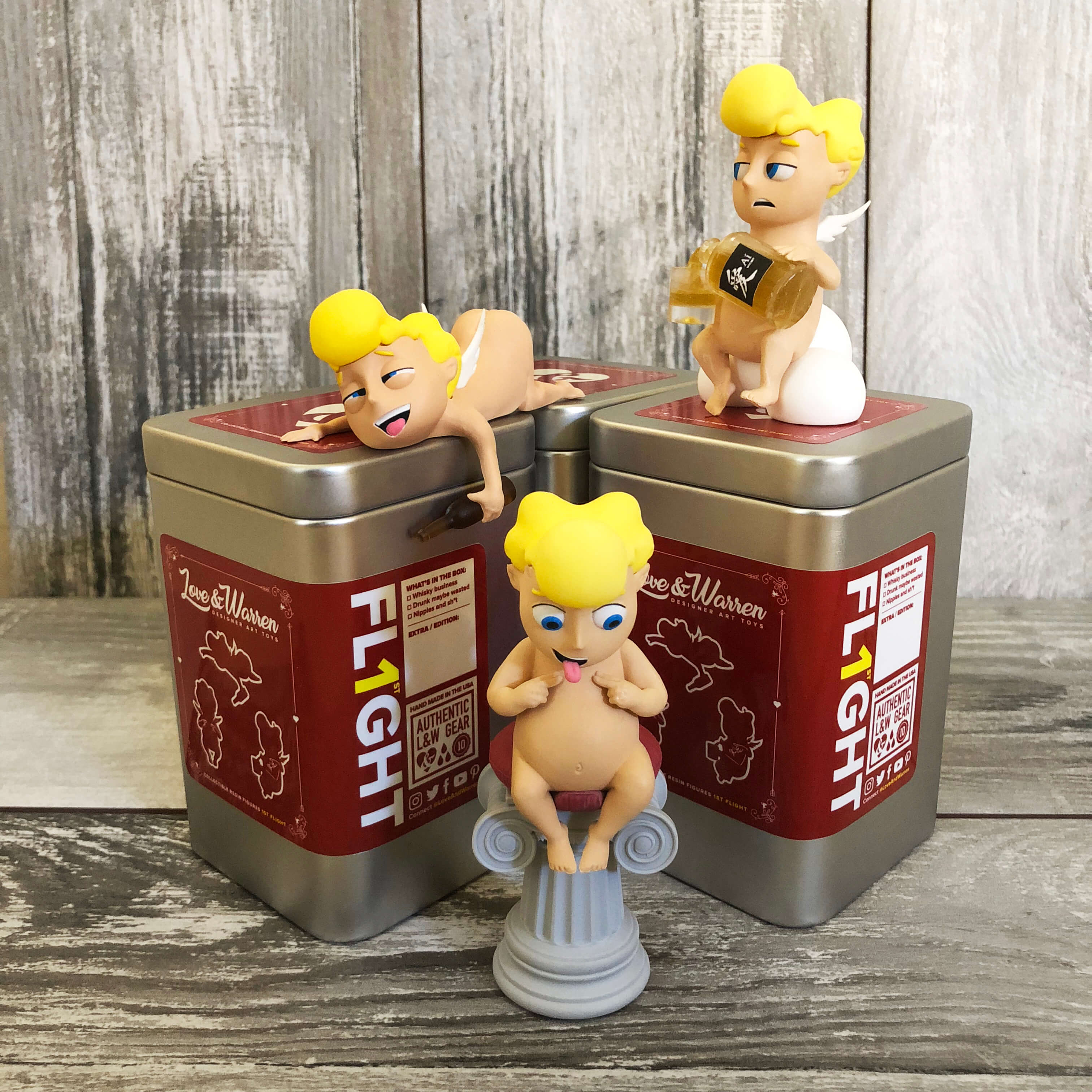 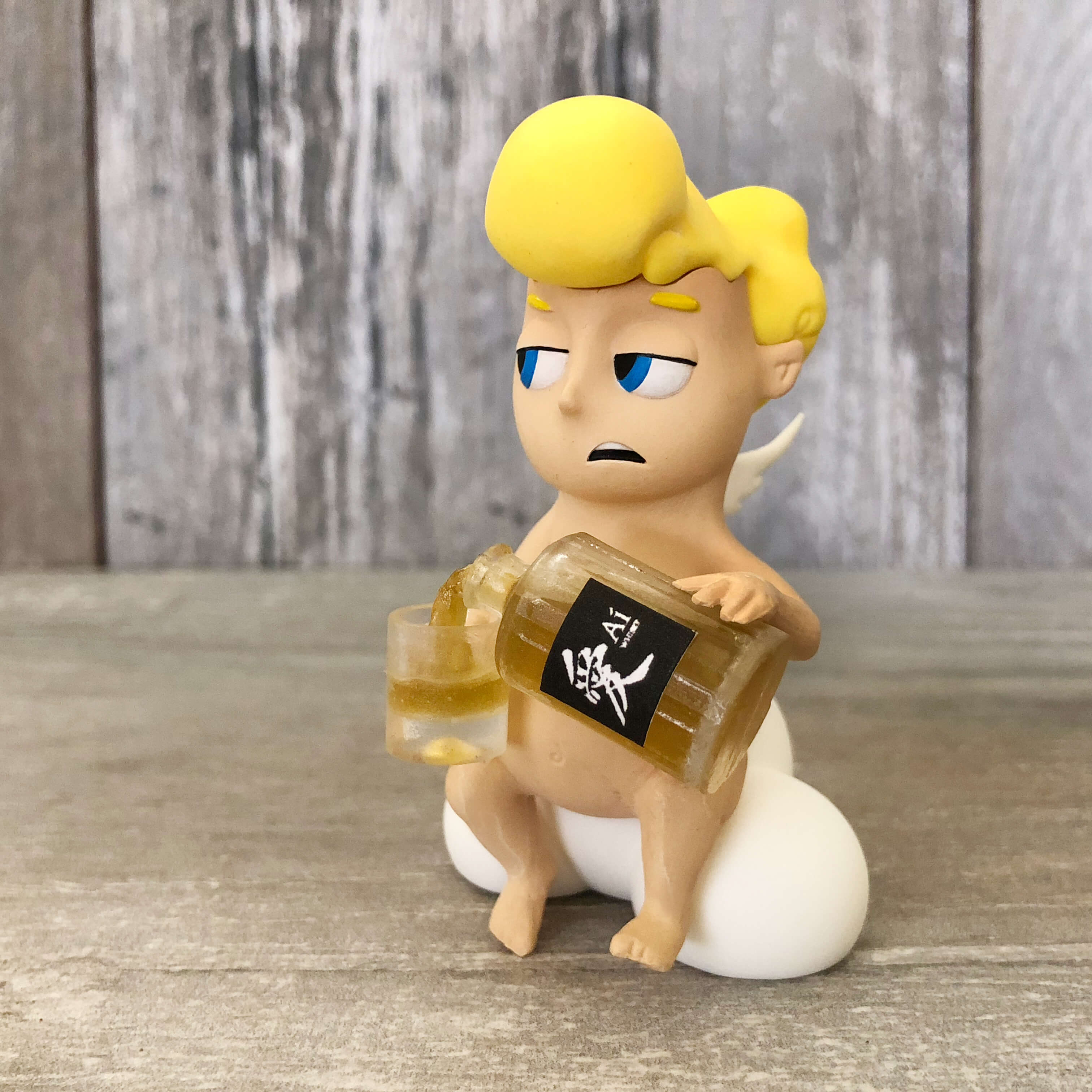 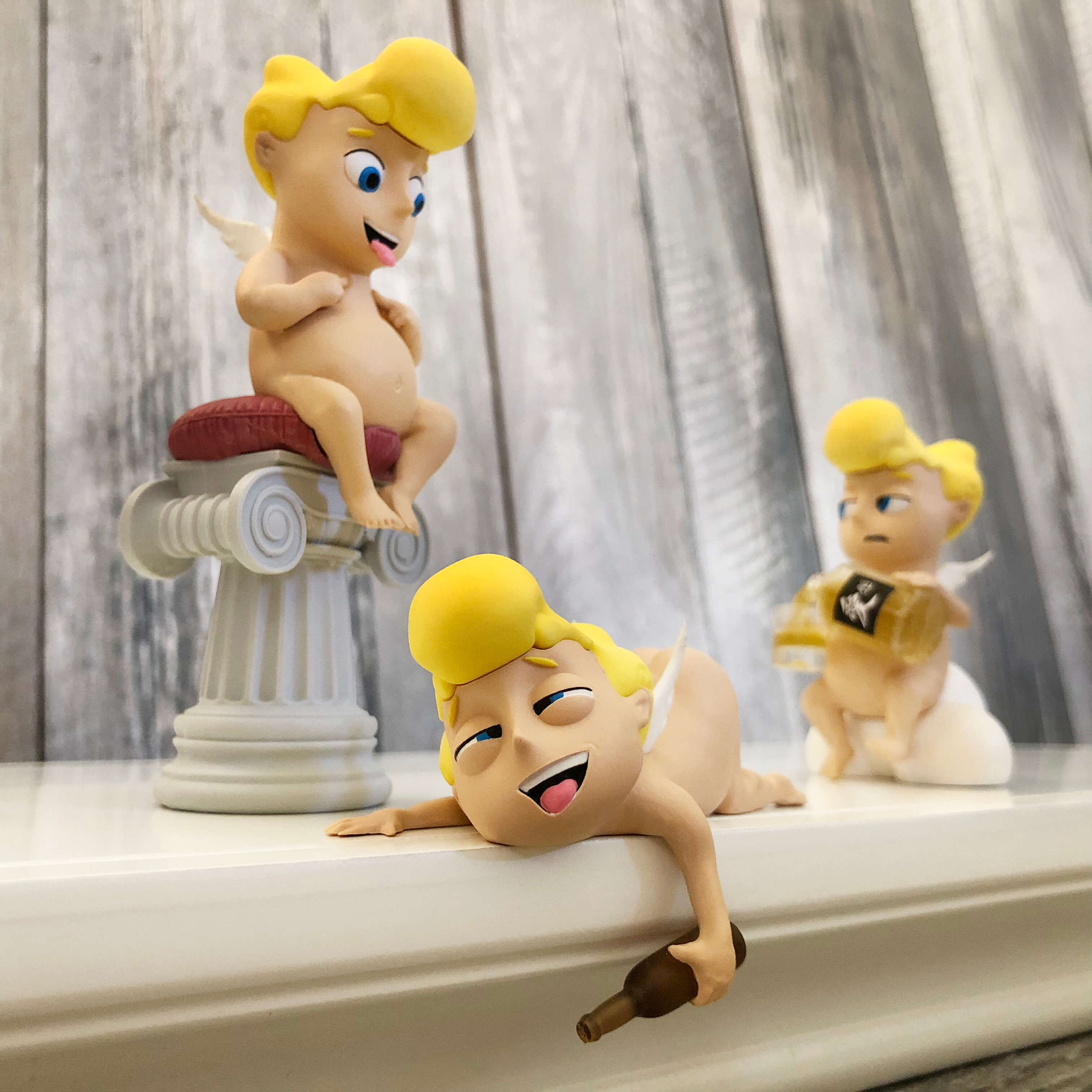 “As a fan and patron of the designer toy community, it has always been a dream of mine to have my own art toys sitting on my desk and shelf. I can’t thank Brent and Korena enough for helping me make this happen,” said John.

Korena added, “I have been a fan this project for years and to see it all come to life has been a treat.” 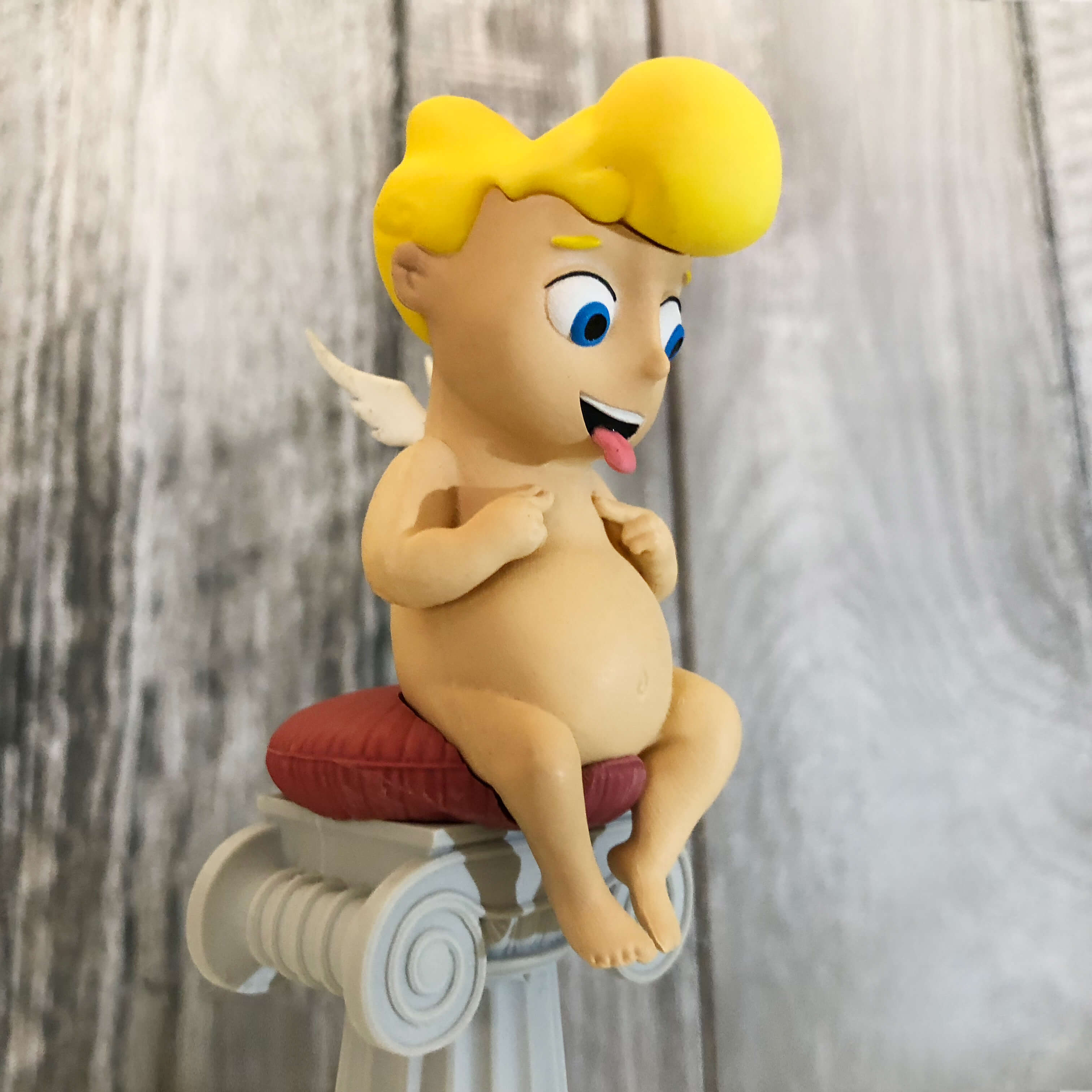 Love & Warren x Bindle Studios did well making the transtion from an animation to art collectables as they look like they’ve just been ripped out from the animation. We can’t wait to see them in person at Designer Con 2018.

The figures range from 2.25” – 4.25” tall and are handmade stateside at Bindle Studios in North Hollywood, California. The first flight (series 1) of Love & Warren figures are now being sold exclusively at the Woot Bear Gallery in San Francisco. All figures come securely packaged in a reusable tin and feature accessories that can be swapped between the figures. More details will be revealed over the coming weeks. Follow @loveandwarren, @wootbear on social media for more release information.

The Untold Story of Romeo & Juliet from John Tso on Vimeo.

Love & Warren is an award-winning comic and cartoon about Warren Williams, a romantically incompetent, and his unemployed Cupid roommate, Quincy Lightfeather. Since 2010, John Tso, the creator of Love & Warren, has steadily grown the project towards its goal of having its own adult-animated sitcom on a major network. For more information, please visit http://www.loveandwarren.com or follow the project on social media @loveandwarren 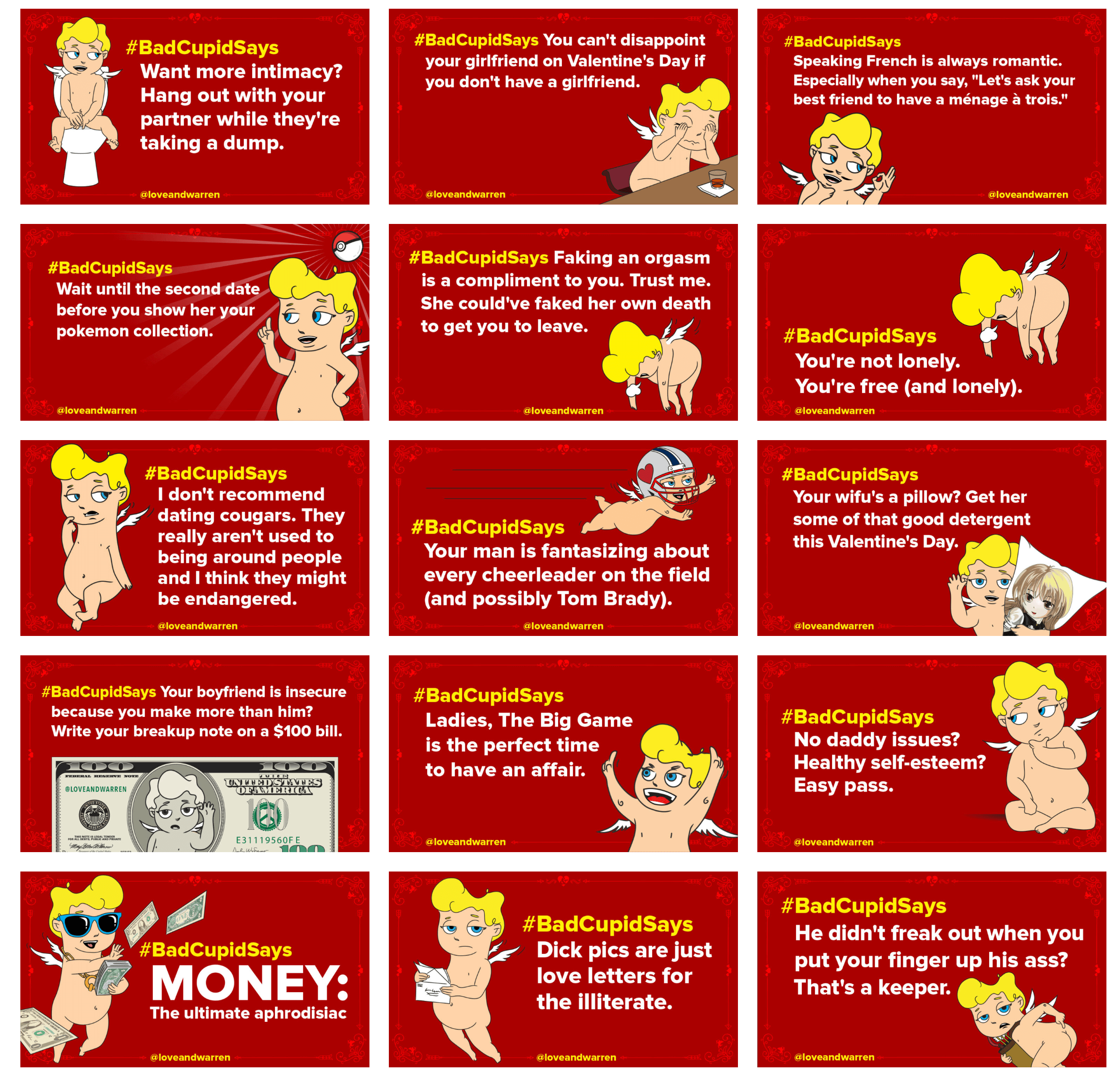 Bindle Studios is a one-stop shop for all of your Toy Design, Digital Sculpting, and 3D Printing needs.  Brent Johnson—Founder and Creative Director of Bindle Studios—is an Emmy Nominated Director with over 10 years of experience creating characters and building environments, both in the computer and in the physical world. For more information, please visit http://www.bindlestudios.com or follow him on social media @bindlestudios. If you are attending DesignerCon, you can visit Brent at booth 636.

Woot Bear is a Collectible Designer Toy Store and Art Gallery specializing in limited edition products, prints and one-of-kind original art. For more information, please visit http://www.wootbear.com or follow them on social media @wootbearbelly. If you are attending DesignerCon, you can visit Woot Bear at booth 402. 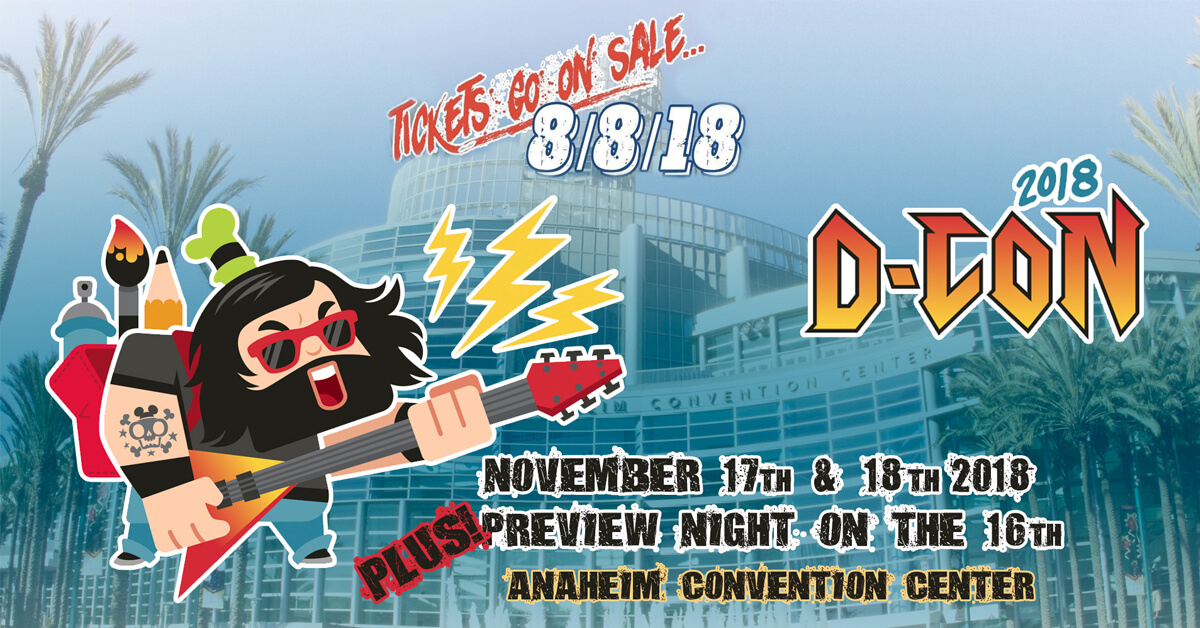