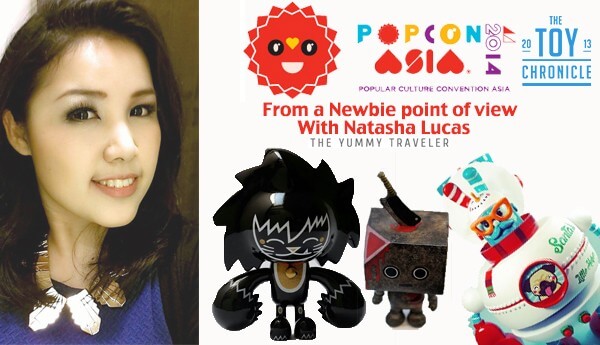 Popcon Asia 2014 been and gone,TTC sent out Natasha who is a brilliant food blogger/food Stylist photographer by trade, to see what it would be like to go to a toy/art convention and see it though a non collectors point of view. See what toy and art would catch her eye.

What was your knowledge of designer toys?
I always appreciate and love designer toys even though I’m not a collector. I’m first started know about designer toys from my brother and now I know more from @bigtoypoo :p

What was your feeling stepping into Popcon?
Excited because it’s been a long time since I’m never in touch with the Japan culture, art and games since I was in college. Going with your friend who is a graphic designer, did she point out a designers for you?
Yes she is. And she had a same taste with me.

Was it nice to get into a new world of designer art?
It’s really nice especially when the artists was very welcoming and passionate when they explains their art. As a newbie in the designer toy art world what stud out?
Its really great to see some talented local artist like @alympu https://www.facebook.com/alympucustom Did you buy anything? or wanted to buy something?
Yes, I’m buying something, but not for me! I’m afraid if I buy it for me, it will be snowballed and I would end up to be a die-hard collector ( yeah I’m always serious with my hobbies) would love anything by Wetworks ,Kong Andri and Nakanari. Actually most of the things I taken photos of. Did you see anything in particular you liked?
Yes, I’m actually really like some of the designer toys that I’ve seen there. I should warned myself for not to be addicted!

If you had the chance to own two pieces which ones would they be?

Such a hard question... maybe Alympu Tofu toy and Kong Andri Norton robot that was super cute and made so well, but their are so many I would love to own and toys I missed looking at. Was it pleasing to see local artist getting some spotlight ?
Of course! I’m glad that Indonesian also very creative and talented. I see you met a couple of artist at their booths, were they friendly?

They were so friendly! I talked to @Alympu, @prontopixel also some guys from Re:ON comics, Plastic Culture and Toy Kultur. Its hard to explain what is a designer toy to people who don’t know anything about it. How would you describe the designer toy scene?
Designer toys is an art but in more ‘fun’ way. You doesn’t need to be an art-connoiseur to understand and enjoying it.

Thank you Natasha again for always supporting The Toy Chronicle and spending your valuable time to give us you’re insight into Popcon Asia 2014 hopefully you will be addicted to toy/art soon or maybe all the local artist give you jobs to take photos of their art/toys. 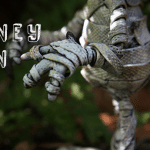 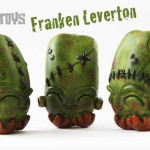