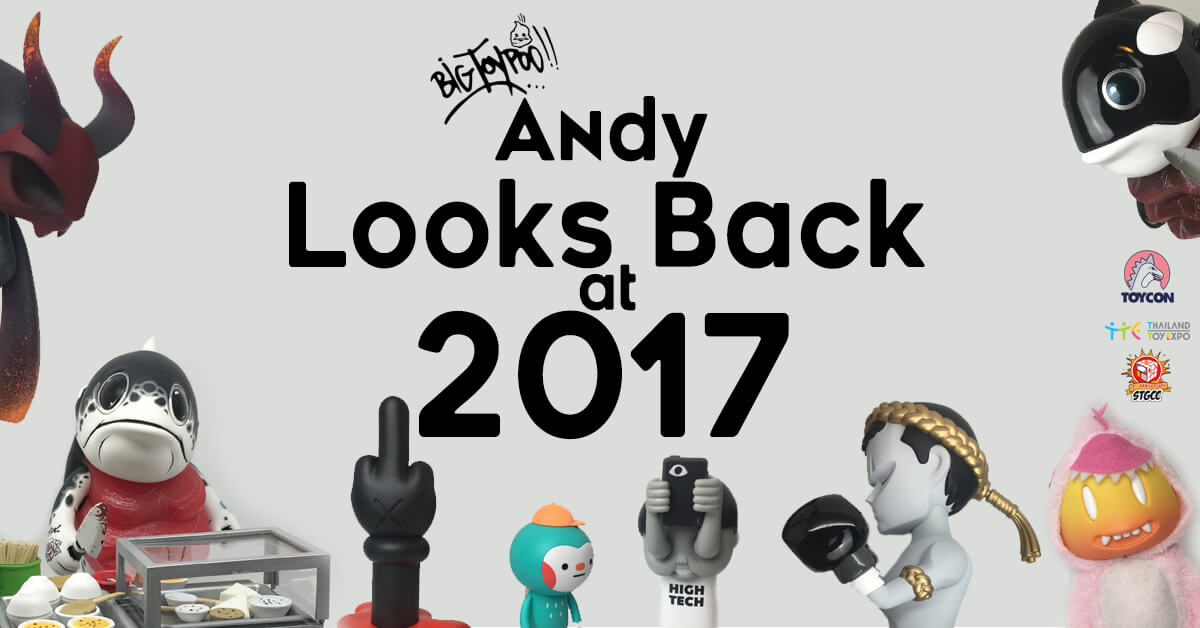 In short 2017 was a rollercoaster ride that’s for sure. A year of the conventions and show seemed like every week there was a show or convention. Like last year, let us start with Happy New Year! Looking over my shoulder and waving 2017 a goodbye. Remembering all the good and bad points of 2017 the good having a special place in my heart, whilst the bad lessons learned and hopefully overcome and continue to remember its just another hurdle in life and be thankful that we are alive and have the same interest in art toys, collectables, designer toys art, or whatever you want to call it. As tradition my own personal thoughts of being apart of The Toy Chronicle and memories of 2017 and what I predict in 2018.

One highlight should be a milestone as The Toy Chronicle launched its own app! This for us was a game changer and a big middle finger to all the social media annoying algorithms! Ha. Giving readers and supporters The Toy Chronicle easier access to news/reviews and behind the scenes coverage. The app still in its early stages and hopefully making the app have events and transition rolled in sometime in 2018.

The addition of Lai to the TTC family has also been a great help to The Toy Chronicle, having his connection and love gave you guys even more LIVE footage from conventions as well as shows.  We reunited again at Thailand Toy Expo and Singapore Toy Game Comic Con 2017. Thinking 2017 would be a slow down at attending conventions was a not the case, we were lucky to attend ToyCon UK, TTE, STGCC, MCM, TTF, 5Points and DesignerCon all this year has been a shock for our wallets for sure but an eye opener as the scene continues to grow.

BRINGING BACK HOME. Following our first Designer Toy Awards win in 2015, TTC is back to No.1 again in 2017 with our second DTA Best Blog win! HUGE THANK YOU to all those that voted for us this year. The Best Blog award is a toughie to win, as we’re going up against blogs that have been running a lot longer than us. Yet we are right up there with the best of them! It was a great honour to take down the DTA Best Blog award again. All the hard work and time spent on The Toy Chronicle was appreciated when you guys voted The Toy Chronicle as the blog of the year once again. Tears flowed when the notifications flooded The Toy Chronicle social media and Gary’s drunken messages. 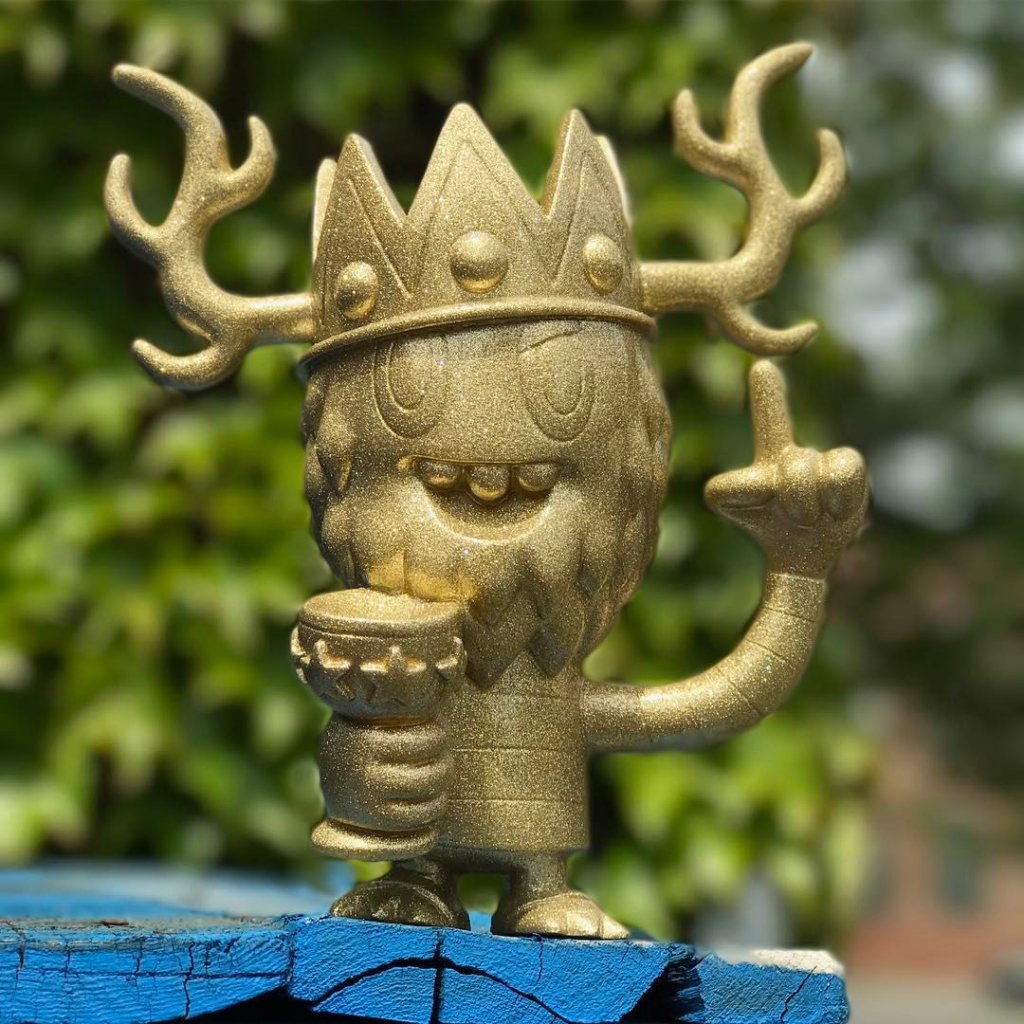 Traveling played a huge part of TTC last year, with Gary hitting the West and little old me returning to the Far East for some convention and art collectable hunting! 2017 was I Hong Kong, Thailand and Singapore.

The yearly trip to Hong Kong brought a few surprises in 2017 with a vast amount of retailers popping up as well as galleries and consignment shops within a space of just one year was an eye-opener. Proof the scene is growing but then if you know what Hong Kong’s cultures like, everything has secondary market and hypebubble. Let’s just hope it lasts. (more into that subject at a later date) Meeting new friends like the guys at Vintage Vinyl Club and watching them grow at a fast rate in a space of a year. Perfect timing for my first Ron English show in Hong Kong.

Whilst western companies picking up licenced products the East has shaken up the scene for sure without the need for licenced products to thrive. By saying that, the East has its growing demand for designer toys/ art collectables or it could be the rise of the China collectors who are now addicted. With the influx of money, the aftermarket sales have skyrocketed. Double edge sword, in my opinion, driving the hype is good but for the real collector, its gonna be an uphill battle to get something they want in their collection. Having been in Hong Kong, Thailand and Singapore this year at conventions once could not help notice the number of resellers at conventions and consignment stores in Hong Kong.  Not to be turned off by all this malarky you have to give credit where its due and its been great to see the East have a resurgence (ill get into the aftermarket subject at a later date).

Returning to Thailand Toy Expo for the second year running was a no-brainer for me and boy it’s grown! Much much bigger and plenty of artist and companies joined TTE 2017 and one opportunity to meet artists, companies and TTC readers face to face who we’ve been blogging for ages. Gaining new frendships along the travels is a blessing and hopefully can last forever.

Speaking to companies and artist like ToyZero Plus who’s been giving an opportunity to artists to have a vinyl platform and growing each day is one of the highlights of 2017 for me. Opening my eyes to lesser-known artists and wanting to explore their work in much more depth. Unbox Industries continues to dominate by releasing insane high-quality products so much so we can’t keep up, Ha. Suprise meeting with our buddies at Wrong Gallery who also ventured out to Thailand was the first time meeting the guys behind Wrong Gallery.

Behind the scenes, access was a major plus point for me personally. Having exclusive access to Unbox Industries HQ in Hong Kong and Leo taking time out to give a low down of the future projects and targets for Unbox. Having a chinwag with the boys at ToyZero Plus and our dear friend at Fluffy House giving us the chance to represent them at ToyCon Uk was a huge deal for us. Thailand Toy Expo was bigger and stronger! Glad we made it for the second year in a row and allowing me to meet and make everlasting friendship with Chino Lam one of my new favourite artists and watching him grow as an artist. TTE was the best place for me personally as it was the foundation where I met new and old friends and readers of TTC. 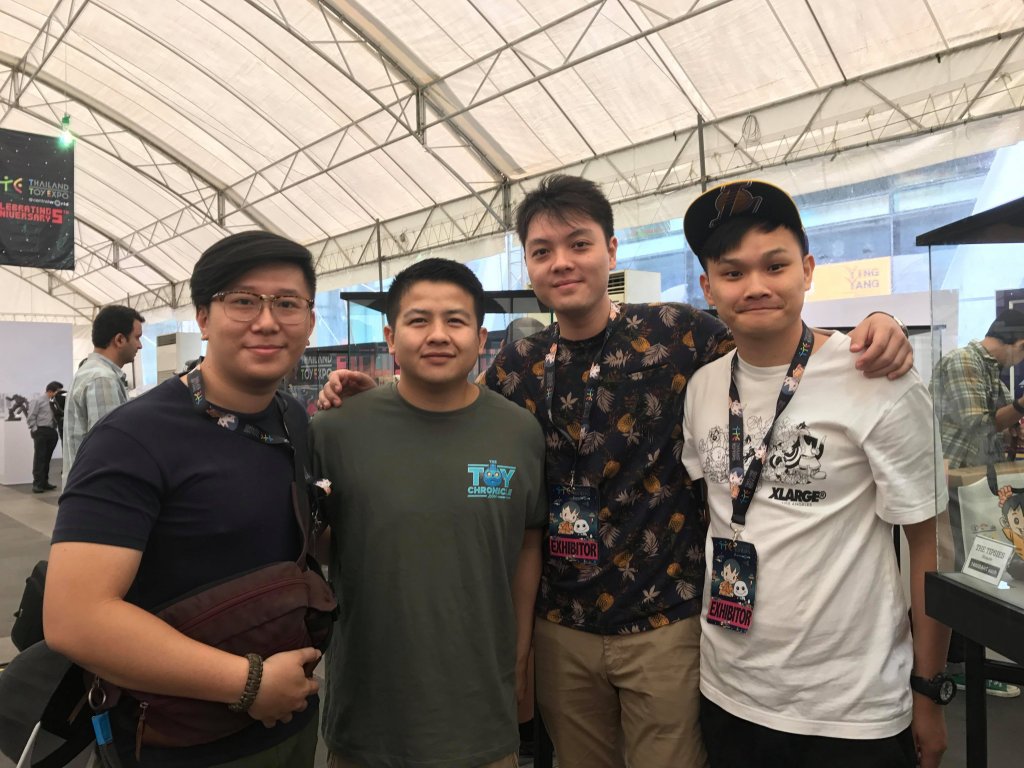 Singapore Toy and Comic Con! My first ever STGCC and it was an adventure never to be forgotten. Thanks to Jon Paul Kaiser who made it possible I joined the big man at his booth taking TTC to Singapore. STGCC was fun and exhausting at the same time but meeting friends and teary moments when to my surprise readers and supporters of The Toy Chronicle came to say hi and a pleasant surprise by showing me they’ve installed TTC app on their phones. 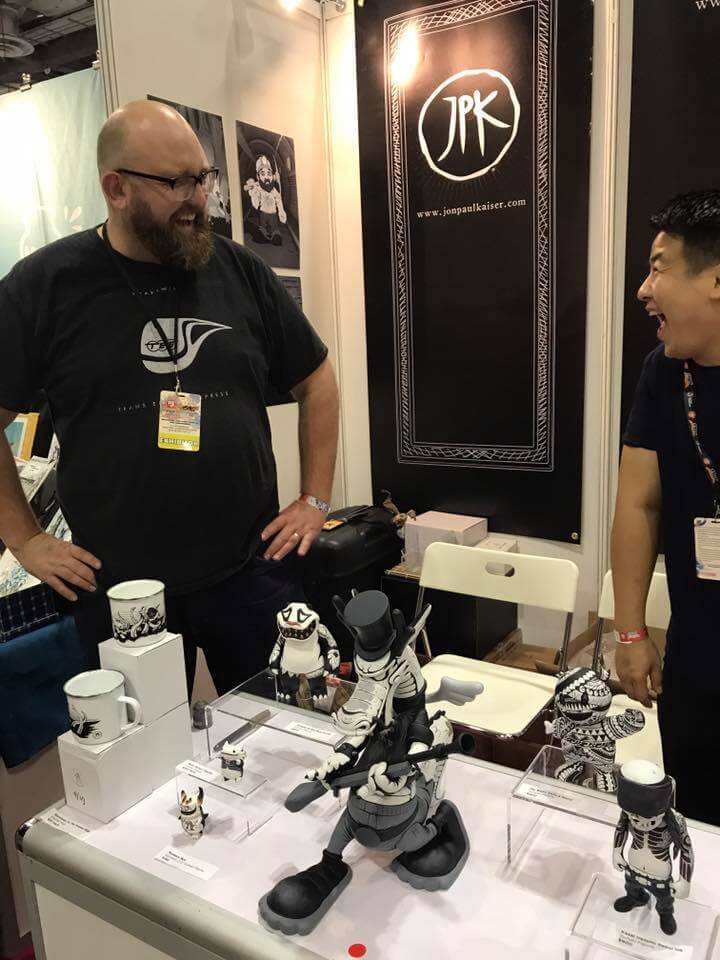 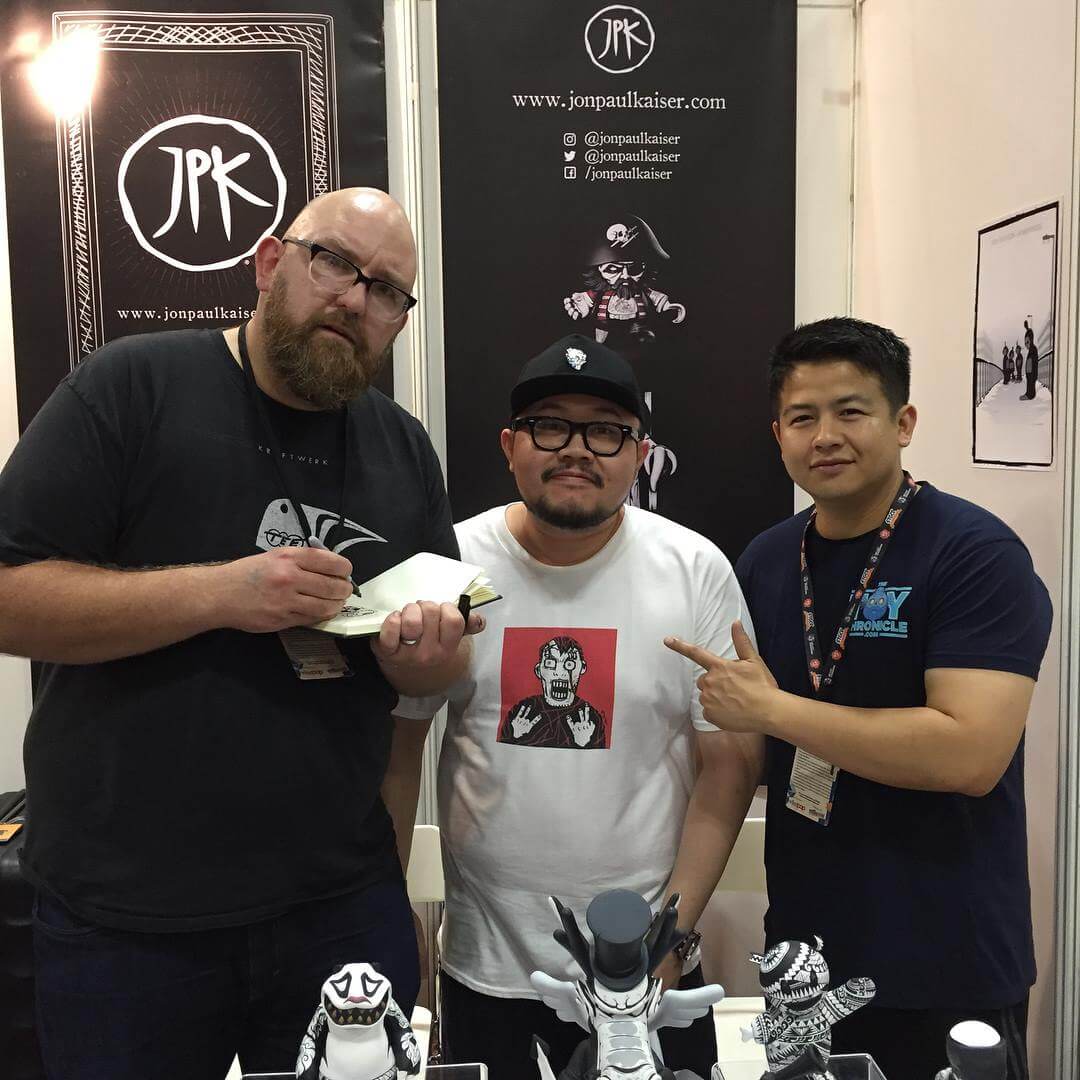 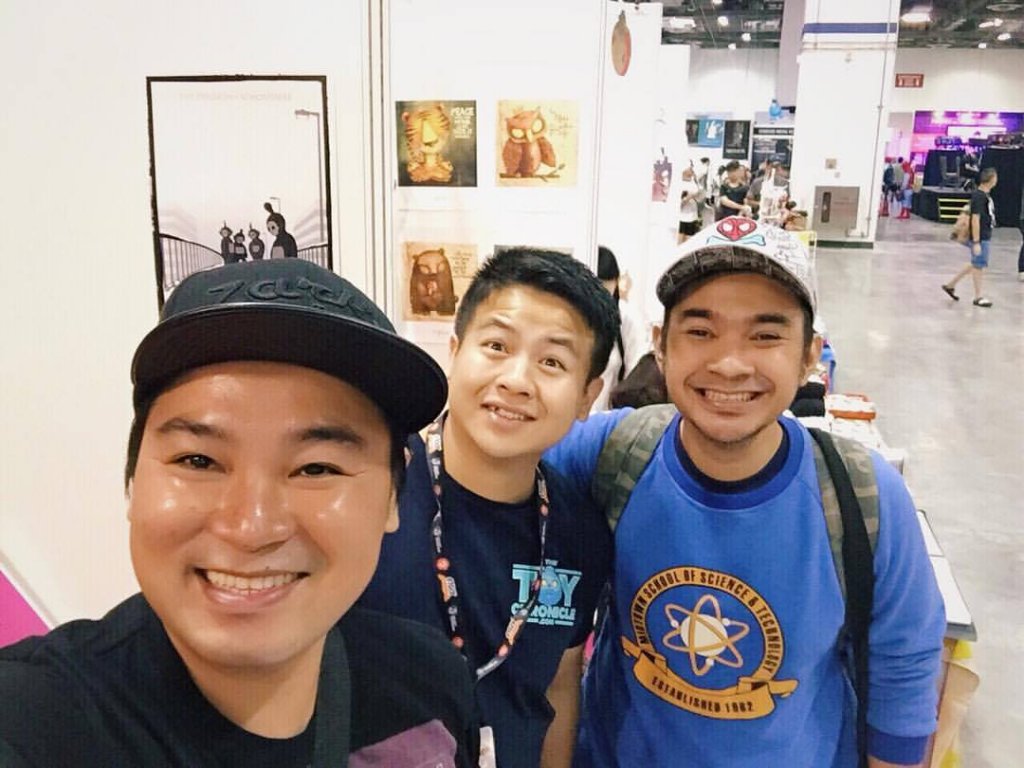 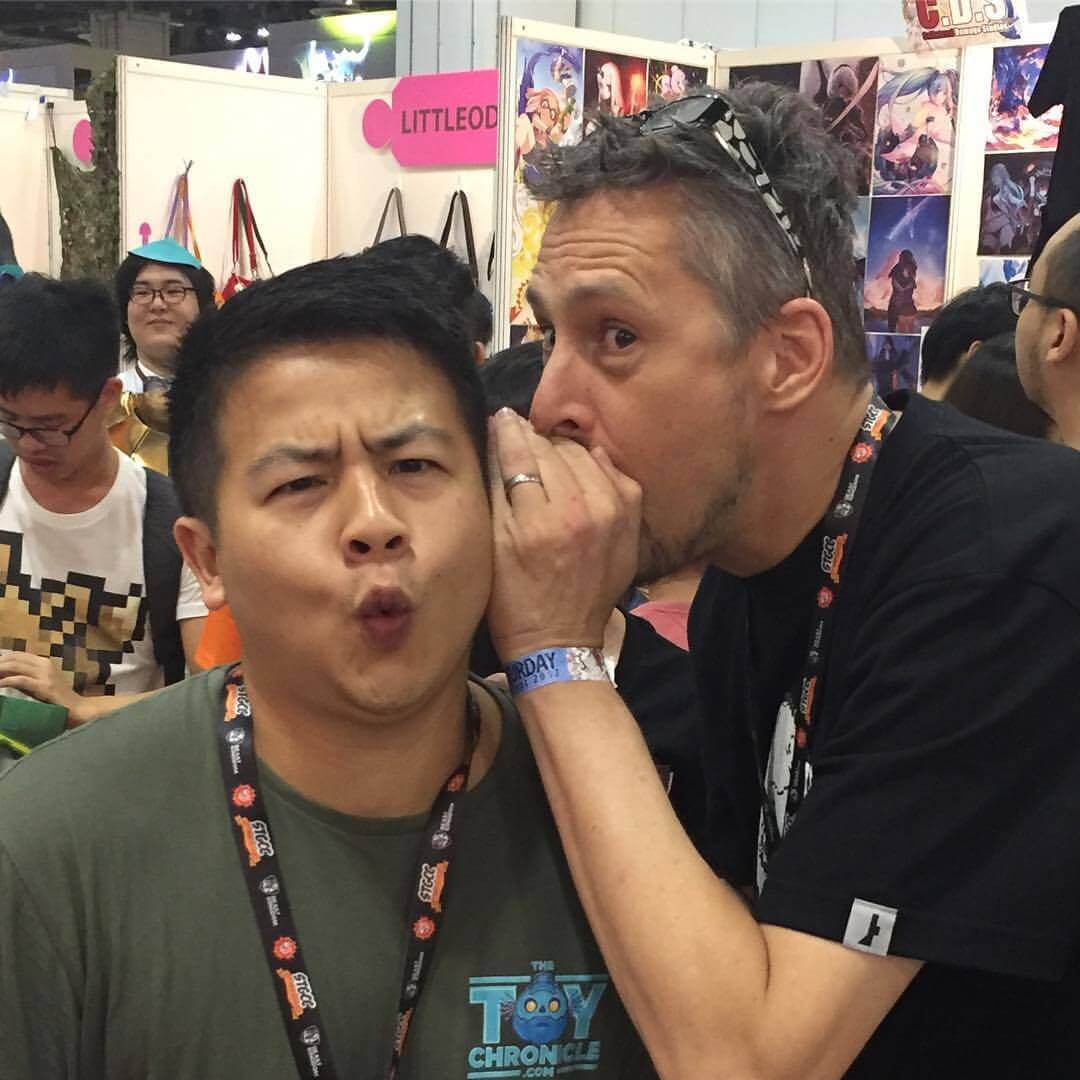 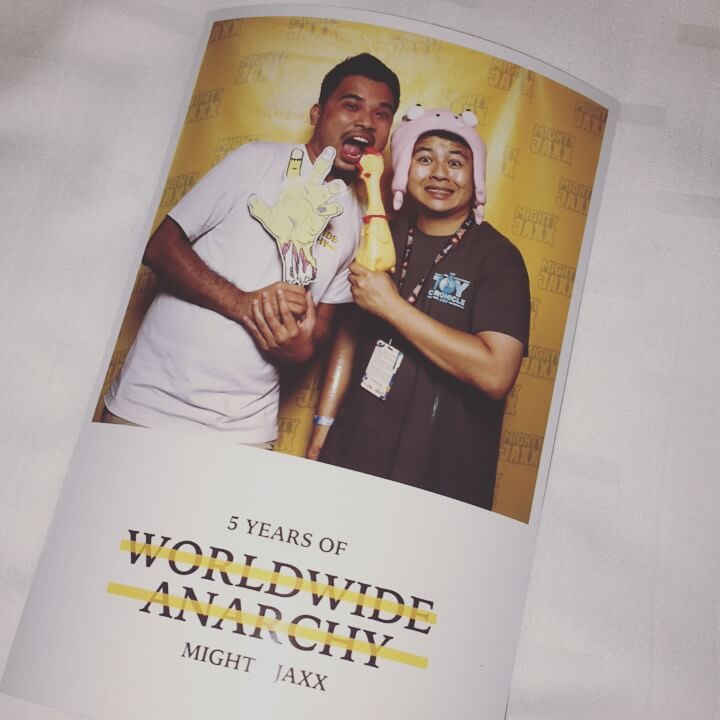 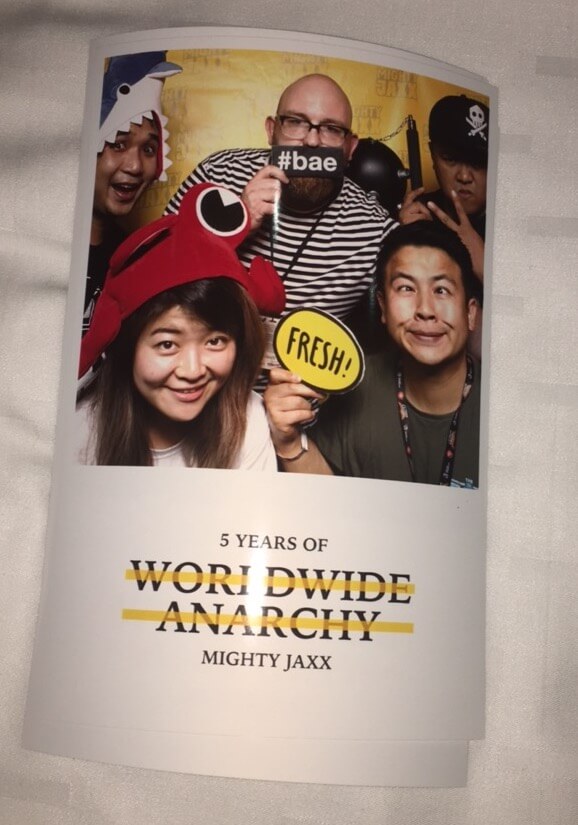 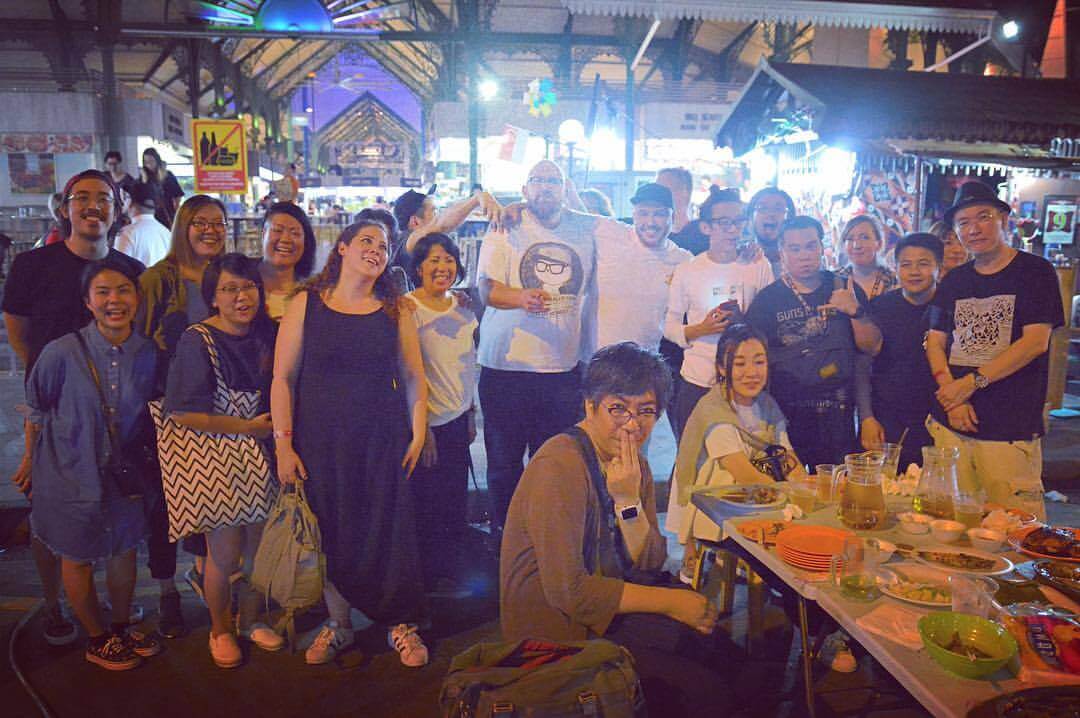 It’s going to be hard but this year will be fewer conventions for me, ill still be travelling to Hong Kong sometime this year but not decided which convention to go to yet…. Any suggestions?

2018 should we head to Japan or South Korea? Or other convention and shows? Answer in the comment section below.

ToyCon UK has a new line up of exhibitors and more coming from around the world which will be interesting. Can’t wait to see What this year ToyCon has installed.

2018 we have planned MORE exclusive The Toy Chronicle vinyl and resin releases from artists and companies you’ve grown to love, sorry we can’t leak the plans just yet.

One thing I hope we don’t see as much but I doubt it will happen, fewer PRE-ORDERs! Another double-edged sword, in one way we have less chance of missing a release, but also kills off the buzz (personal opinion)

The target for me this year is discovering even more hidden gems within the scene and helping less known artist blossom. Like 2017 I’ve been helping artist connect with companies making their dreams happen by making a production art collectable.

Get better at editing videos and reviews will be on my agenda this year. With my “real job” finding time is pretty hard when most of my spear time goes to writing blogs and creating content for you guys but I promise I’ll find the time.

Like I said at the start, 2017 has been a rollercoaster ride, lucky to say 2017 had more good memories than bad. I hope no more multiple backhanded slaps by others within the scene endless childish behavour from them. Also most important hope The Toy Chronicle doesn’t have server problems this year, as every year we have had at least one major issue. Countless hours, if not weeks lost over server issues and money down the drain to keep The Toy Chronicle live. But its worth it just for your viewing pleasure so stick with us, please.

Still, TTC started out as a hobby for me but in no time at all it became a part of my everyday life, most are plus points like gaining friendship, looking out for less known artist/customizers and helping hand in hand them be more established in the community. People who know me personally know I love to help others even if it’s not toy related.

Remember to collect what appeals to you, be your own judge. It’s supposed to be a passion and fun. Have a Happy New Year and all the best and endless designer toys! Hope to meet you all sometime in the near future.

I would like to thank Lai Yui Wai,  Windy Toy Box, Erich Ongko Ong, Rachel Pingel, A Toy a Day, Robert Lumino for taking time out and supporting The Toy Chronicle by sharing and caring.

This is my own personal recap, Gary and Pedro might have different views.