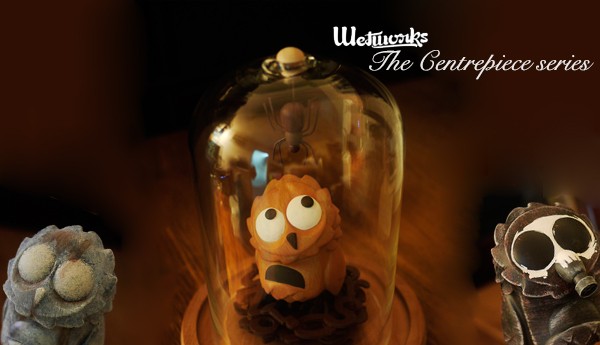 Wetworks is back at again with more custom Coarse Omen’s. Time and time again Wetworks has been commissioned to put his spin on a Omen. The 3 customised omens with the theme of wood, stone and metal at titled “The Centrepiece series” each comes with a custom base bell jar display case meant to be a centrepiece display. unfortunately these are all sold but Wetworks will do a new series soon to be put up on his store. I dig the Coarse letters used as a nest for the Omen, Wetworks paint work really looks like wood too.

Stone Omen for me looks good but maybe a little too much weathering on the top of the Omen head.

Last but not least is the Metal Omen