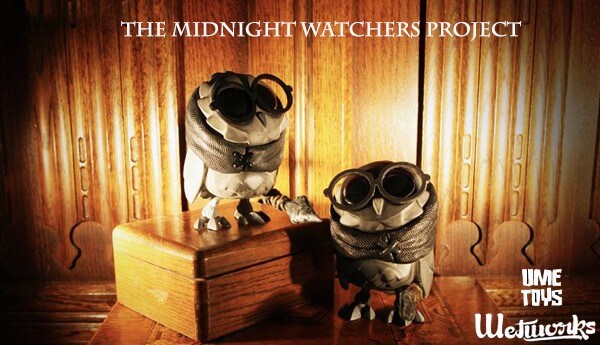 If you’re a fan of the Coarse Toys Omen then Carlo Cacho over at Wetworks is working on something epic that your are going to love. UMEToys to make 2 mono versions (each different) for his ‘Midnight Watchers’ diorama piece which was previously teased on Carlo’s Instagram feed, using customised skate deck to showcase his Omens. Back in March UMEToys did a similar style Geekwok/ Ewok inspired  Omen but this time round in Mono, I am personally surprised the Omens worked out so well in Mono as I didn’t think they would.  More info to come and keep your eyes peeled for more information and pictures on the finished work soon.