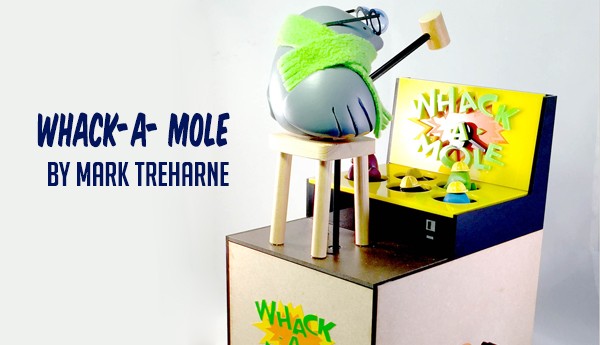 Mark Treharne MoleXL custom for the RE-MOLED show thats happening today shows a high level of craftsmanship, titled Whack-A- MOLE it is literally a MOLE Whacking a WACK-A- MOLE! the piece has moving parts using a winding system. Hopefully we get some video footage of it moving.  Love those glasses on the Mole too. overall a really fun custom and really thinking outside the box with the moving parts. Takes you back to the fair and arcade times right? 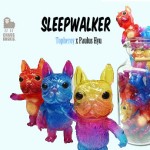 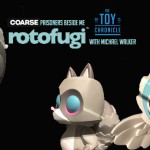