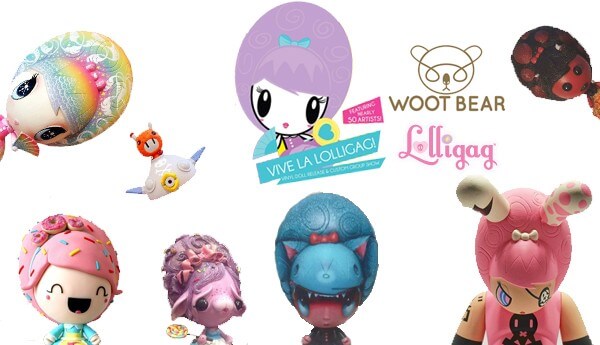 The line up of talent includes:-

Here are a few work in progress shot and taster of custom finished Lolligag vinyl toys. 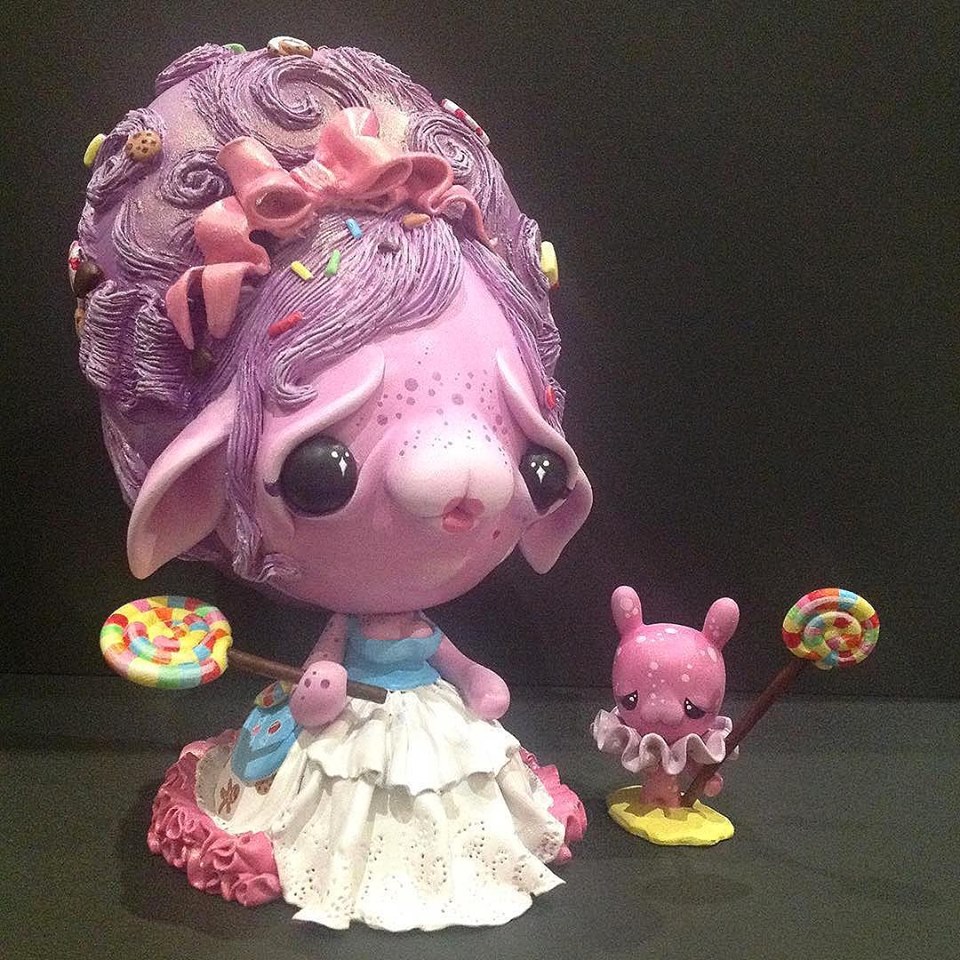 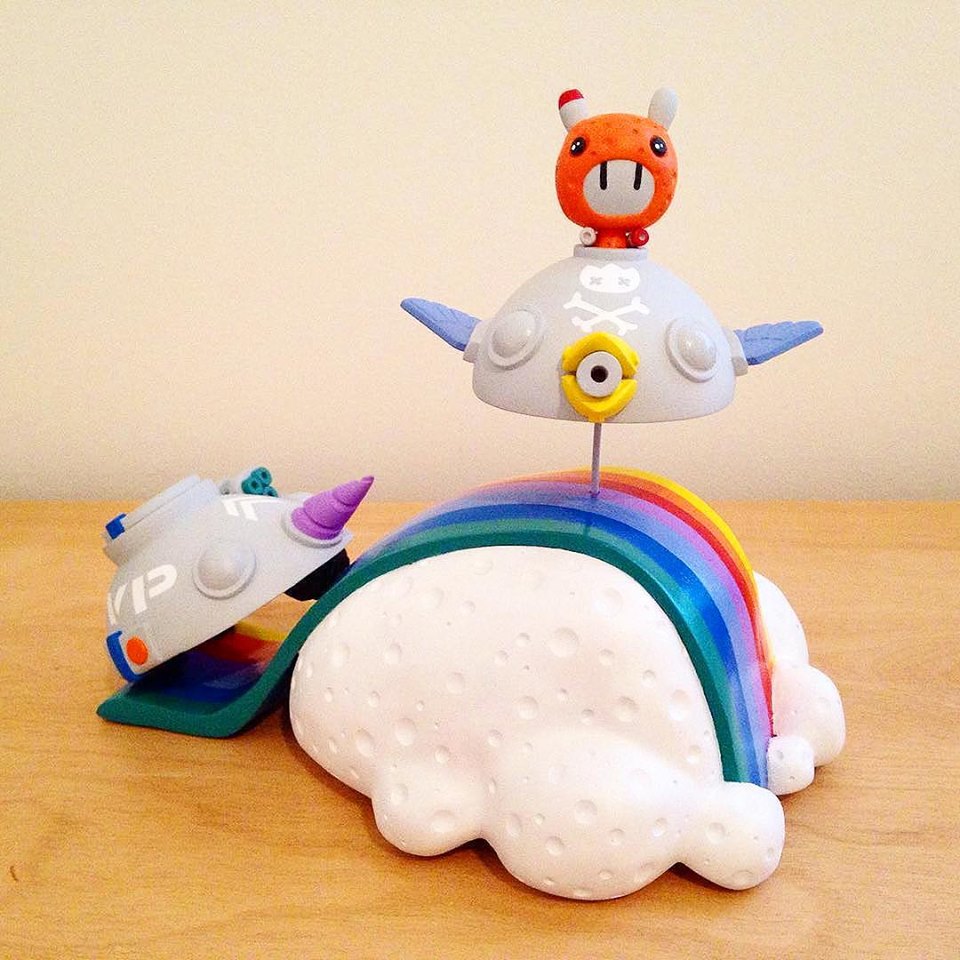 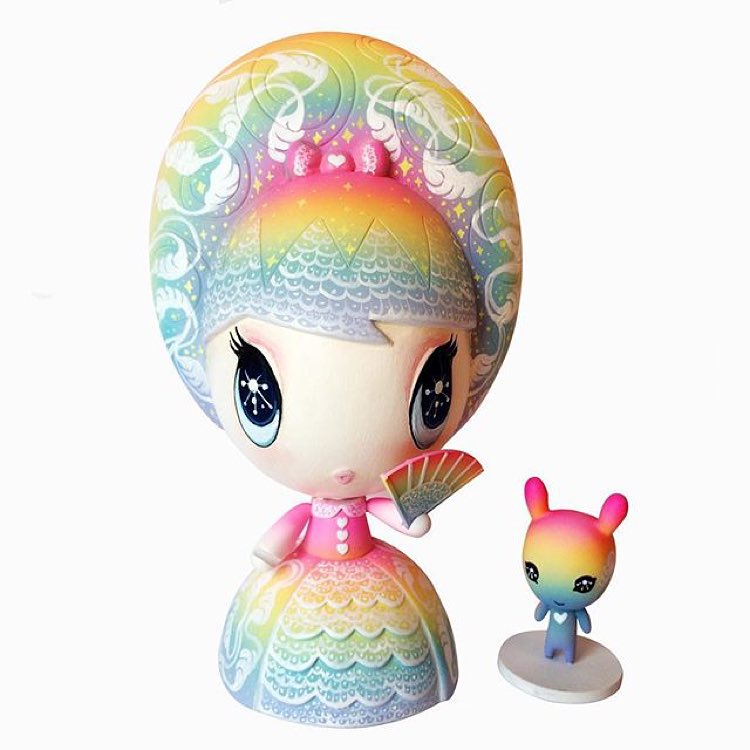 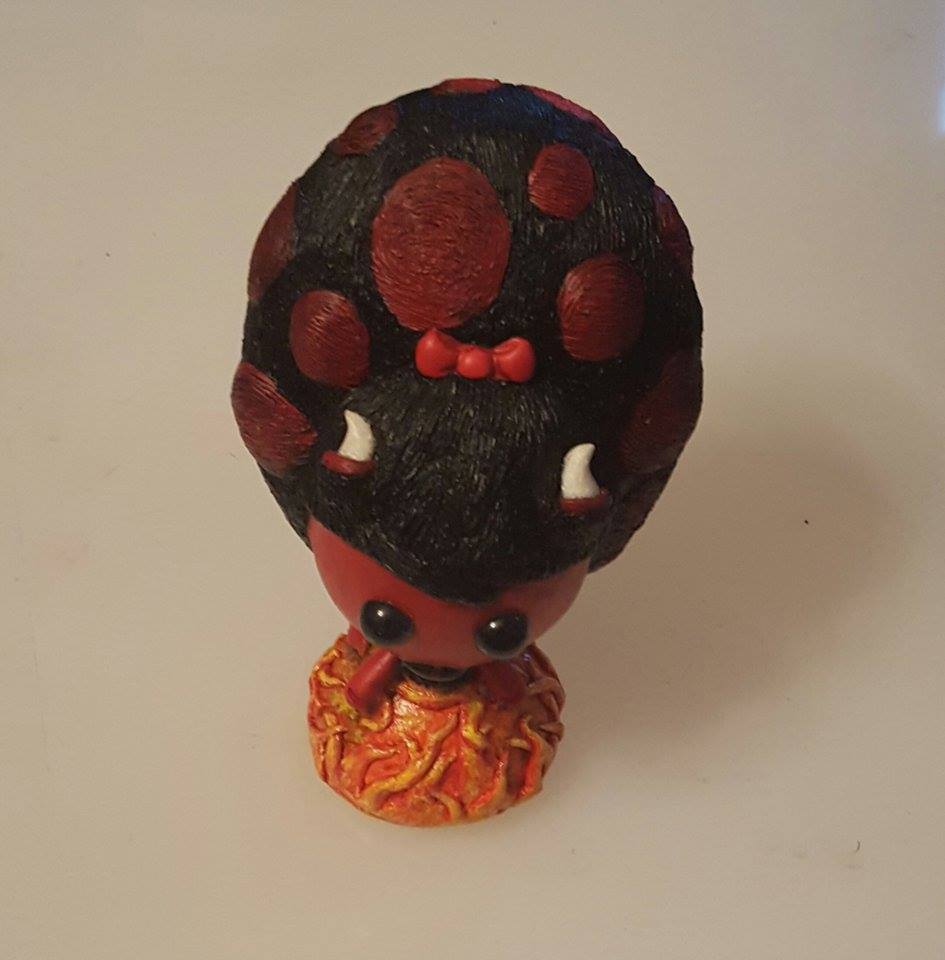 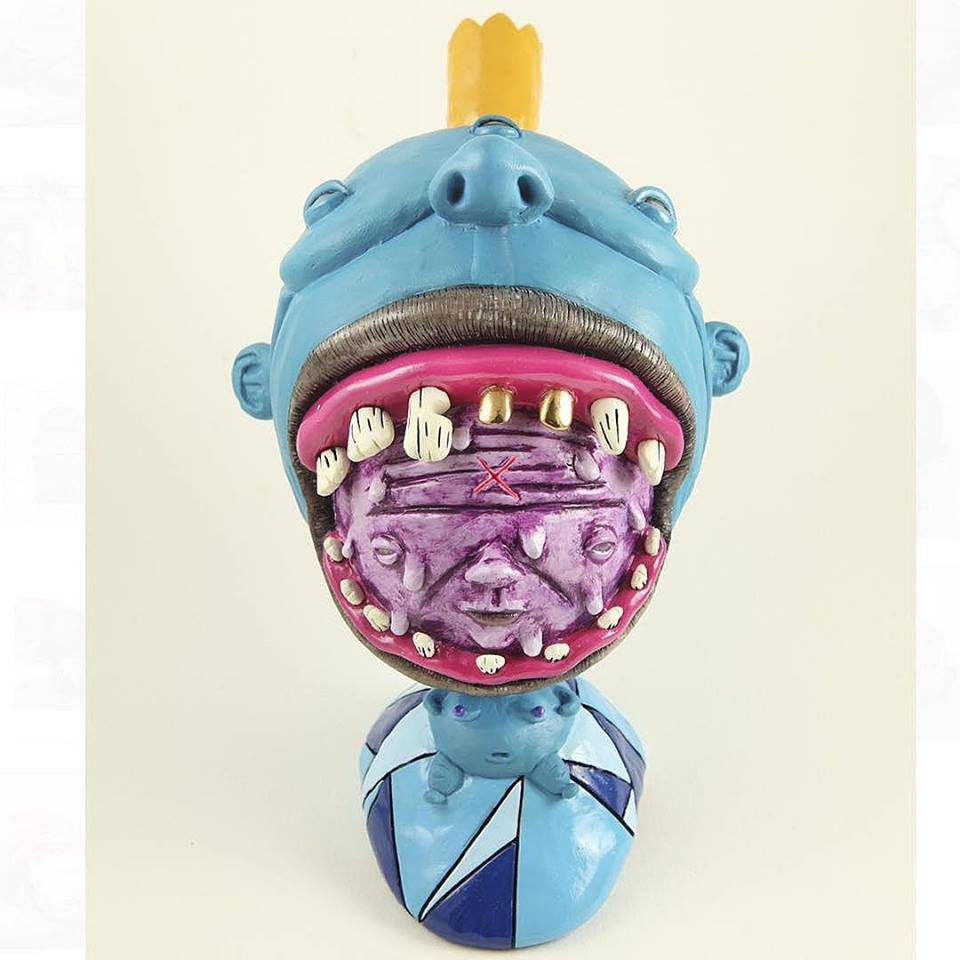 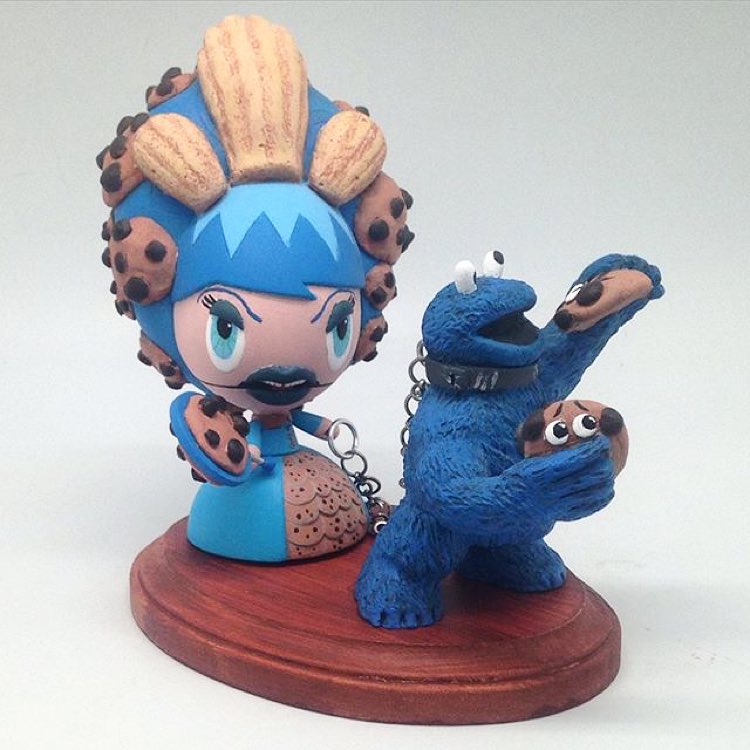 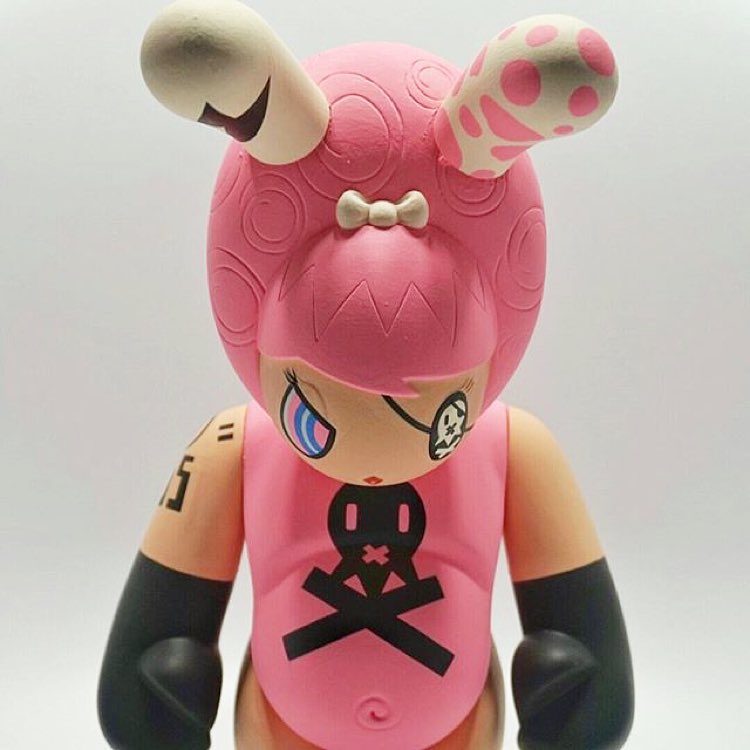 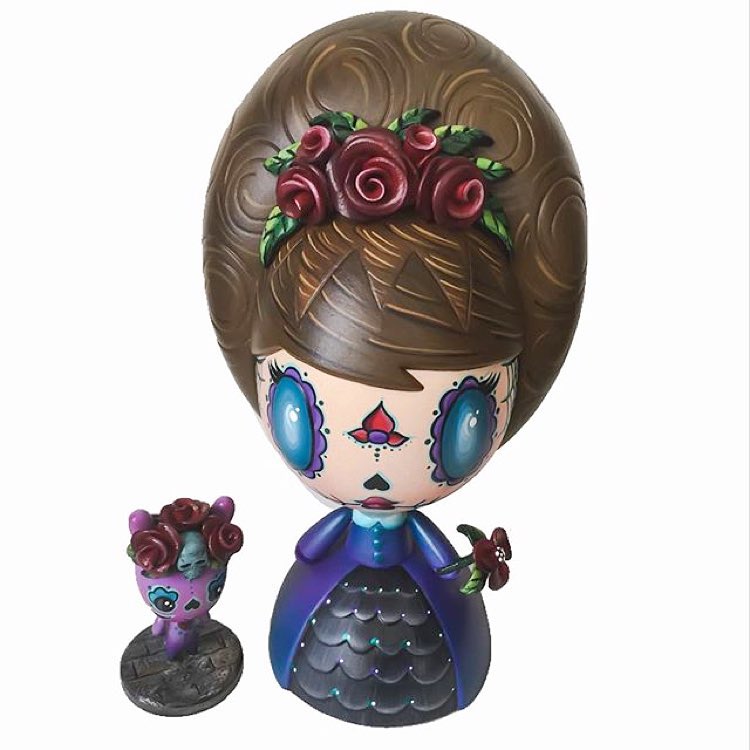 Bonus sweets! In addition to the original Vive La Lolligag vinyl doll and the nearly 50 original customs for sale, limited-edition Lolligag prints, books and apparel will be available for purchase. The event will also include other surprises, exclusive to those in attendance.

The opening reception will take place on Saturday, August 29, 2015, from 6-9 PM at Woot Bear Gallery, located at 147 Clement St. in San Francisco, California. For those who can’t make the reception, the “Vive La Lolligag!” exhibition will run through September 30th 2015.

Lolligag lives in the carefree world of her imagination where friendship, fun and fashion are the sweetest things in life. With a lollipop in hand revealing her secret emotions, Lolligag spends her days with her best friend, Moot, in search of adventures big and small, simple and sweet.

Join in the adventure! Spend some time with Lolligag (and Moot!) here: http://www.lolligagworld.com/ 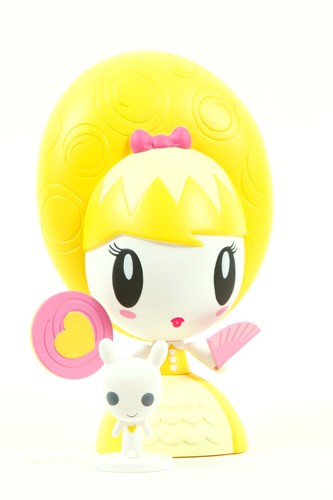 Following the successful release of the Bubble Gum, Blueberry and Lemon Drop editions of the Vive La Lolligag art toy, Bombastic Fantastic is eager to make way for the fourth and final version: the Grape edition. Already a colorful set piece in Penny’s apartment on CBS’ The Big Bang Theory, Vive La Lolligag finds Lolligag reimagining herself as Marie Antoinette, complete with a pink wig and gown, lollipop and fan. The set is limited to 250 pieces worldwide and includes Lolligag’s best friend, Moot, as a bonus figure. Perhaps sweetest of all, Lolligag herself is scented like grape candy. 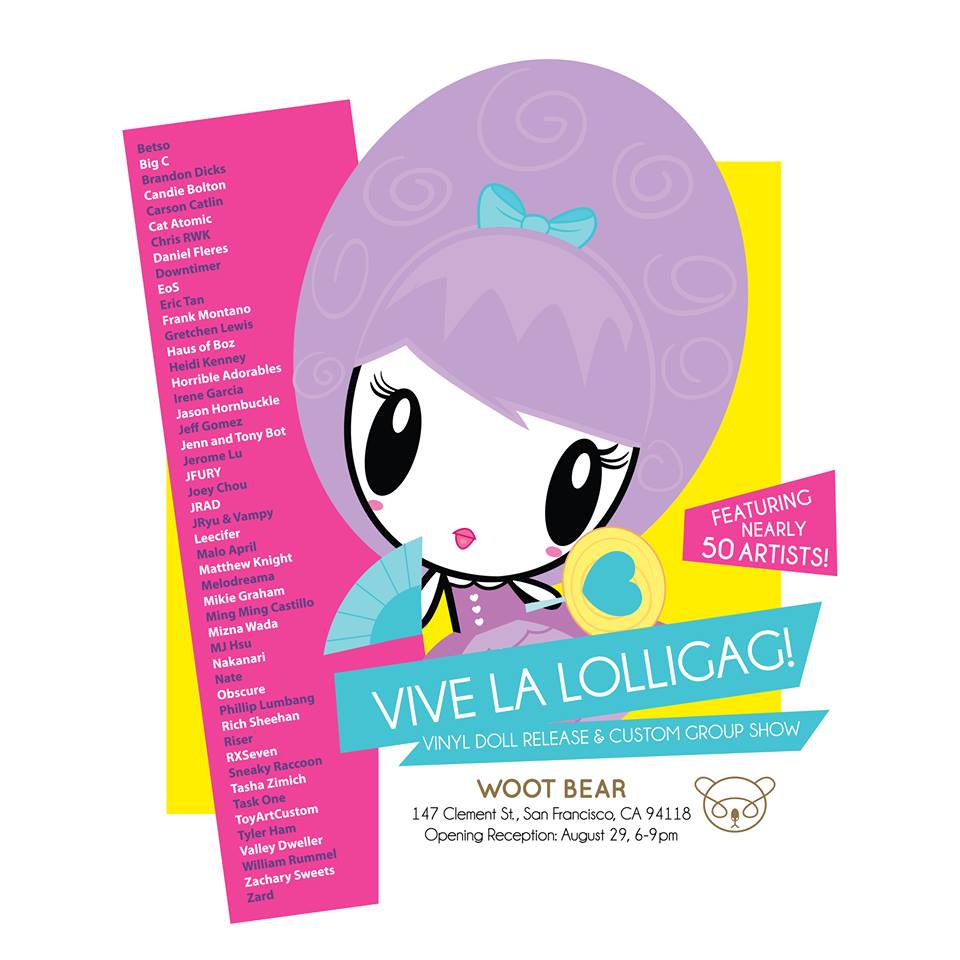 You can find Lolligag world

(all Information and photos lifted from Woot Bear)