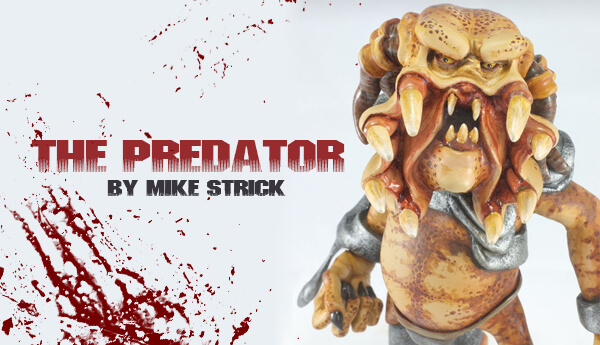 WOW! we are so glad that Mike Strick is on the Europe Team for  Martian Toys The Space Crab Wars custom showdown at Designer Con. This Predator inspired custom Space Crab is a one fine specimen and could give hand team Europe the crown of the Space Crab Wars! looking closely you can just about identify that it’s a custom Space Crab which makes this custom special. using the claws as the feet and making it work was a smashing job. Just look at the added sculpting work on the head and the arms etc simply beautiful. Dam right it is! We cannot see no flaws in the paint work and the total construction on the Predator.

Mike has blown us away with his fine craftsmanship once again and highlights why Mike is a jewel in the designer toy scene. Mike is totally impressive in all areas of the game, from paint to sculpting, to his Ideas all highlighted within this custom Space Crab. The truth is I personally not a huge fan of the OG Space Crab but seeing all the customs and Mikes Predator it might be a good platform to work on.

“The Space crab is a new and appealing platform that looks great out of the box. Despite this, I pulled it apart and used the individual elements as a kit of parts. I was immediately struck by how the legs reminded me of Predator mandibles and decided to see how far I could take that theme.”

“I turned the helmet into a rounded body, wiring the claw arms in place to make the legs. I built up a basic wire armature for the feet and arms. The oversized calves and ankles suggested by the claws defined the proportions for the rest of the sculpt, resulting in a nicely cartoonish character. The head needed more detail adding than I’d initially thought. I tried to make the ‘dreadlocks’ echo the spiky shape of the crab legs. I turned the crab’s eye stalks into the alien’s wrist blade weapon.” 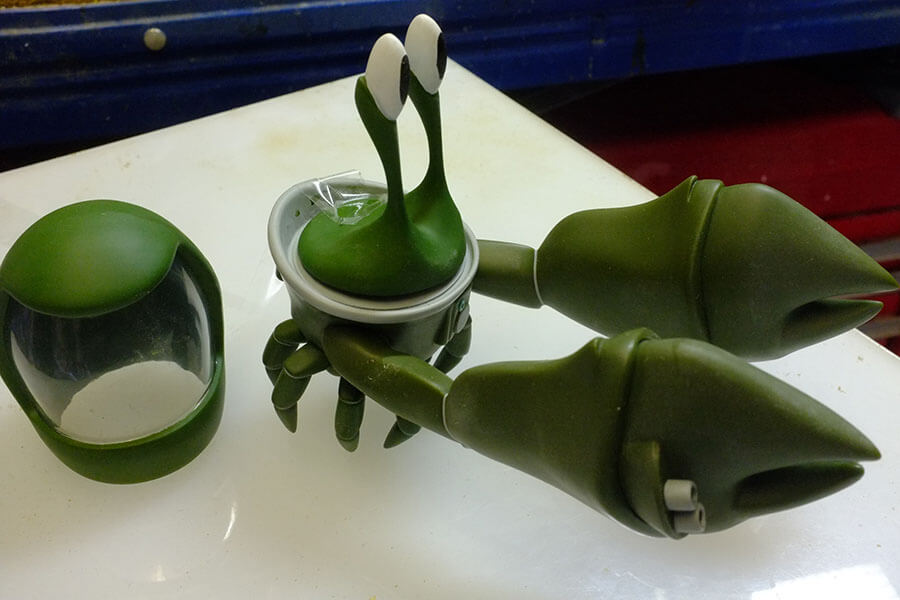 “The figure was painted in naturalistic tones, picking out the armoured areas in a lightly weathered metallic finish.” 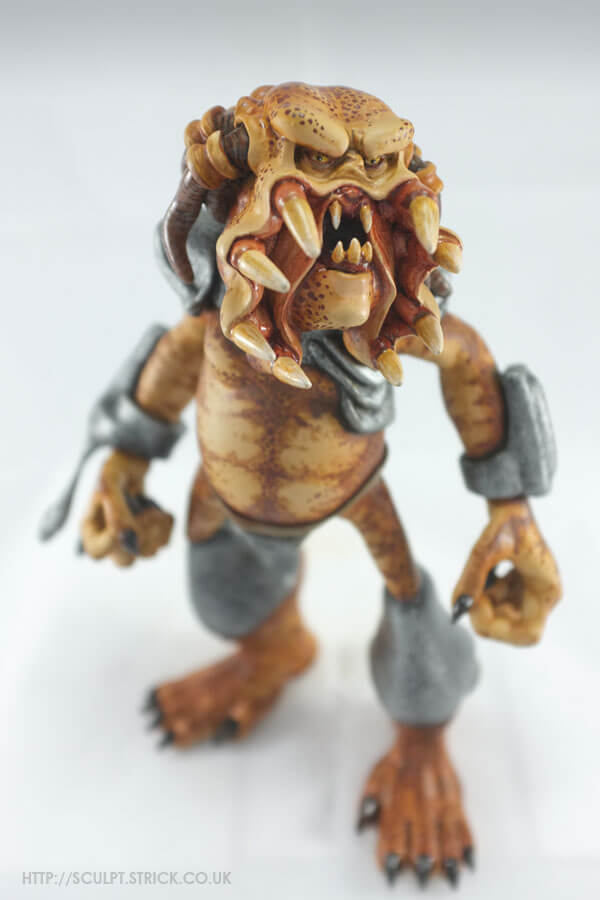 One thing that I love when Mike makes something, is the fact he puts out a guide and publishes the steps he has taken to make his creations, which for me makes a piece more admirable.

Check out his blog, it is a great insight to his work. http://sculpt.strick.co.uk/ 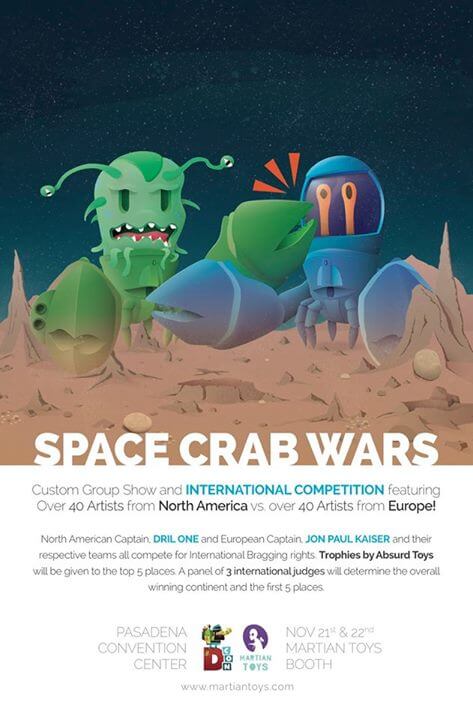