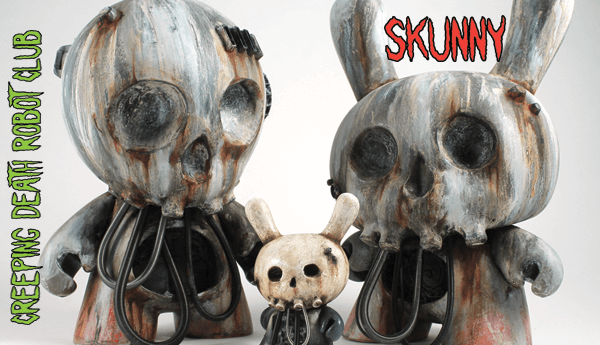 Following on from Five Points Festival, Kevin Derken aka Klav had all kinds of Designer Toy inspiration floating around his creative mind, itching to get out. As we mentioned last month, Klav launched Creeping Death Robot Club with his take on the Huck Gee Blank. Klav has since dropped three new custom pieces using the iconic Kidrobot Dunny & Munny platforms as the base. With the main theme of this release being skulls, Klav has cleverly taken the Dunny/Munny moniker and merged it with ‘skull’ to create Skunny! 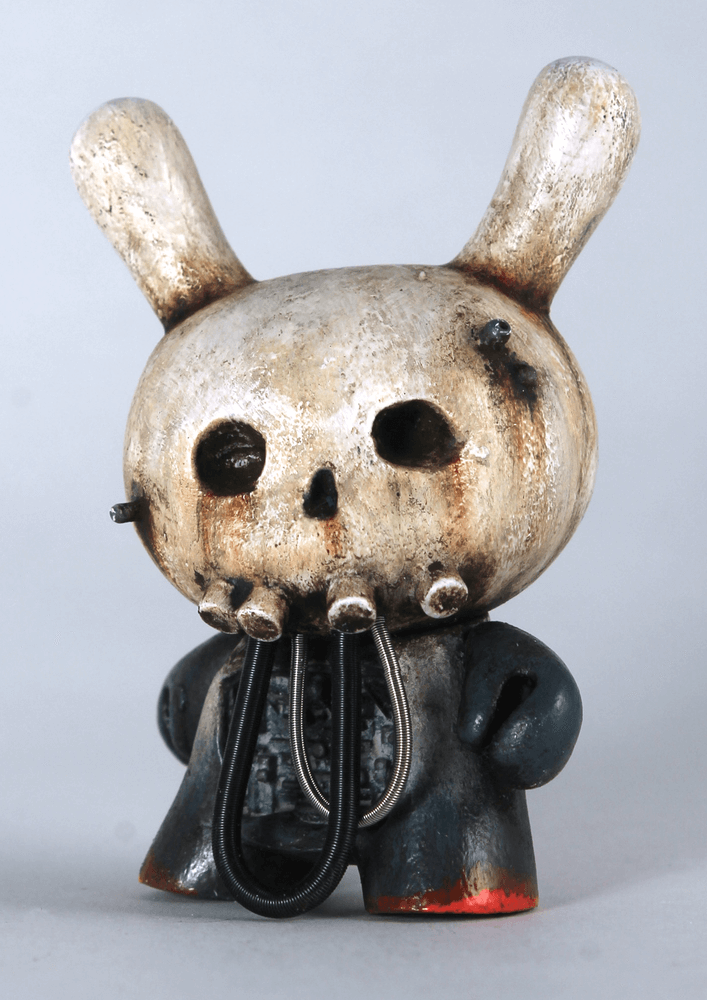 First up is the 3inch custom Dunny which can be purchased HERE for $65/£50. 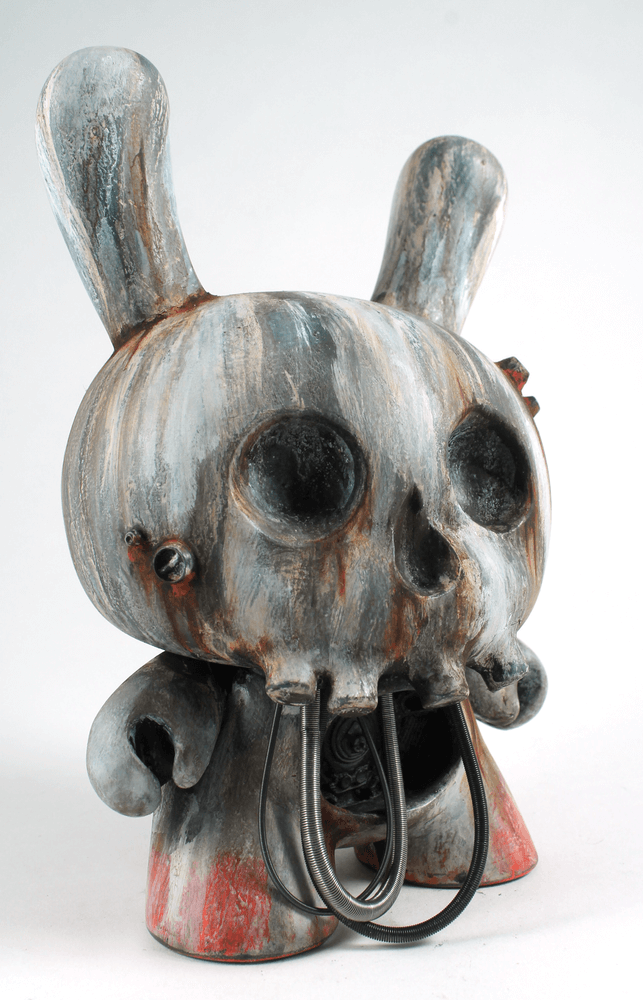 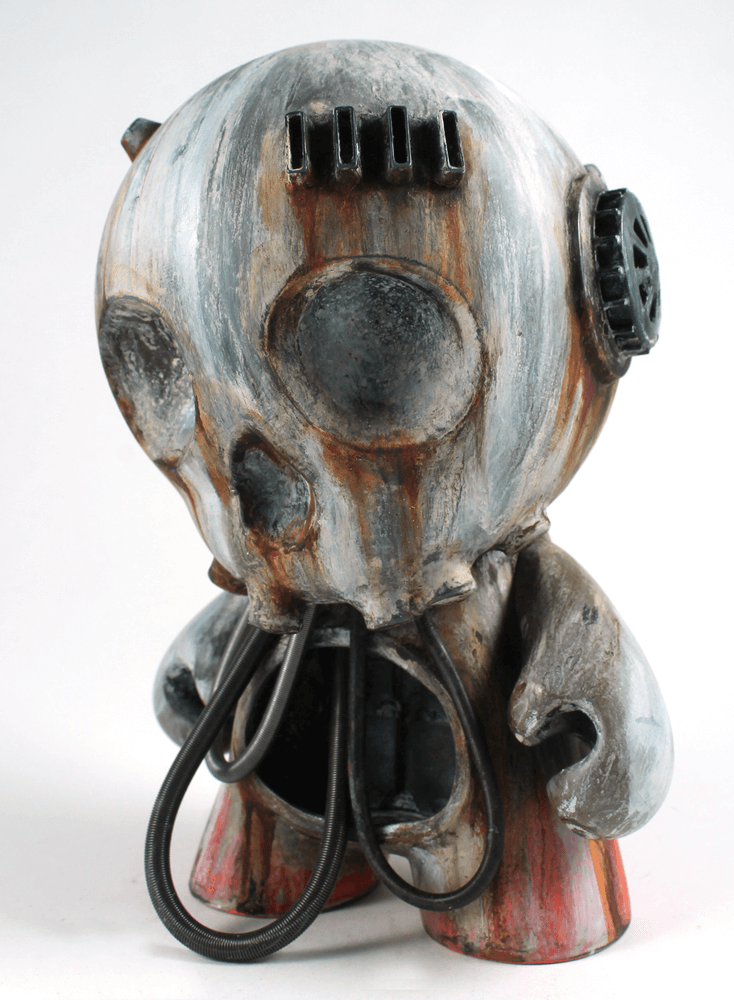 All are 1 of 1 custom pieces and come signed by Klav, available to purchase from his store HERE.  If you’re interested in Klav’s work, you should go check him out on Instagram HERE.