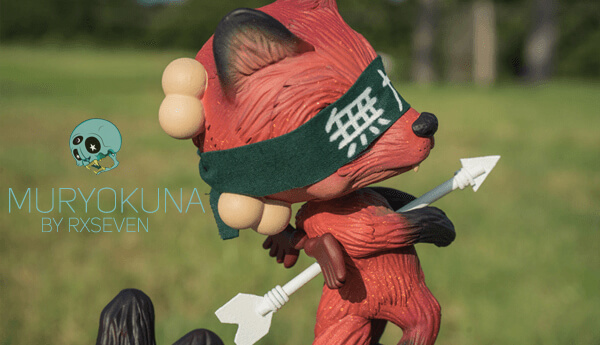 Our boy RXSE7EN is back with a bang. As part of the Huck Gee ‘The Blank Show’ at Clutter Gallery, RX has taken Mr Gee’s Blank to another dimension with his ‘Muryokuno’ creation. Translated from Japanese as ‘helpless-ness’, RX has decided to make this piece as a reflection of his own current state, with some symbolic imagery to go along with it. A really nice piece from RX. RX has shown this year that he is a Designer Toy big hitter and deserves every accolade thrown his way. The Blank Show is shaping up to be a highlight of the Designer Toy year. Huck Gee has really created something beautiful with his Blank platform. It sits well as an original figure, but from the look of the awesome custom pieces for this show. The Opening reception starts tonight, and the pieces will be on show until August 5th at Clutter Gallery. Huck will be in New York tonight for the show too, so if you’re around Beacon (NY), you should head on down to Clutter to support both the gallery & Huck. Also the event is fueled by Lagunitas Brewery, and they do some absolute crackin’ beers. Not to be missed. 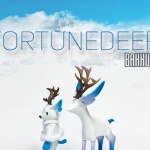 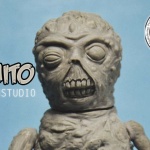