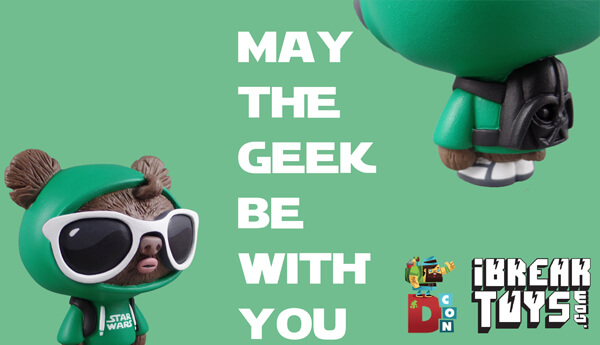 Ever need a example of a clean crisp custom? Lisa Rae Hansen AKA Ibreaktoys work is a prime example. “May The Geek Be With You” is a custom GeekWok for the upcoming UMEToys x DKEToys custom show at Designer Con. Lisa’s been hand picked by UMEToys to bless a GeekWok and we all know the reasons why UMEToys chose Lisa…. BECAUASE HER TOYS ROCK! 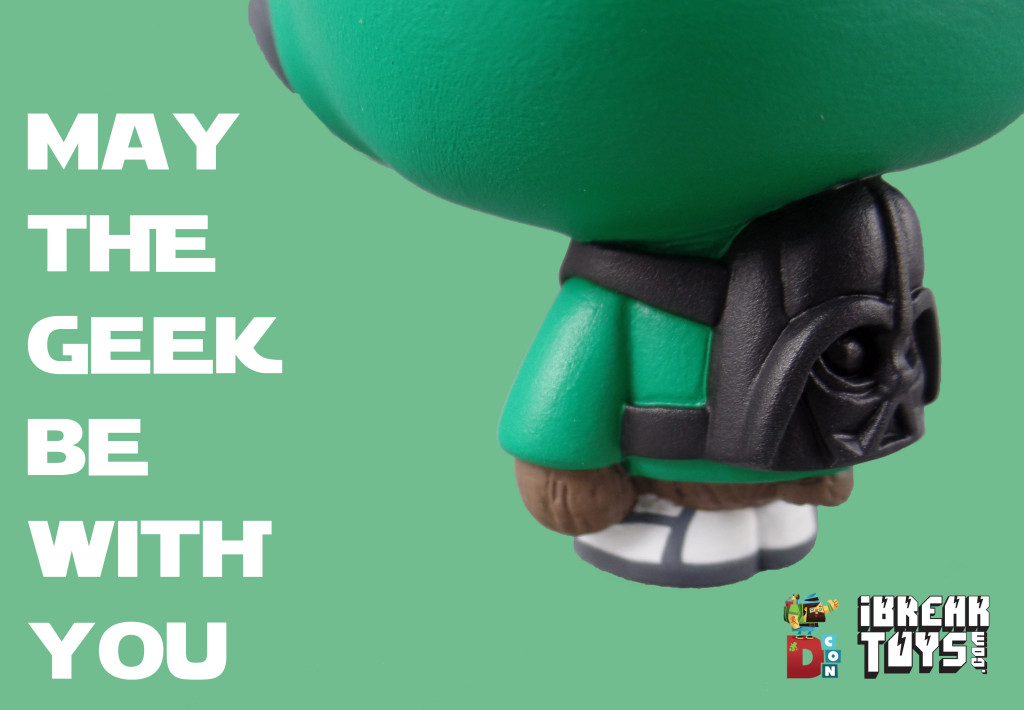 “A playful take on the Geekwok, he’s an Ewok who’s a massive Star Wars fan/geek, who’s off to the Toy convention under cover of sun glasses and a hoodie in the hopes that he doesn’t get spotted and hounded for autographs.”

Simple It may seem Lisa has kept all the GeekWok intact just adding layers of coolness to the little chap. WE WANT THAT BACKPACK! The hoodie is smooth as a babies bottom and we love the filling of GeekWok shades with the added paint of sun glare. How did no one think of that before.

You can find Lisa and get on her commission list via http://www.ibreaktoys.com/

Take a look at her store too some cool toys!  http://ibreaktoys.storenvy.com/