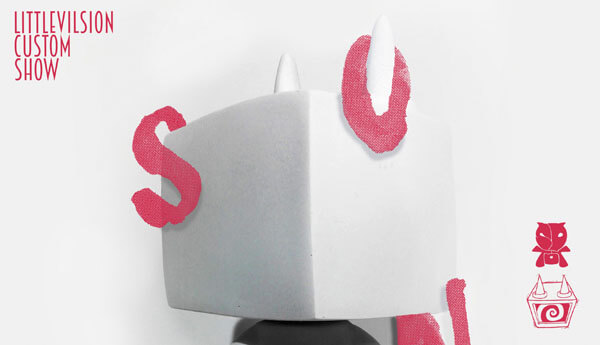 LITTLEVILSION, the character designed and created by Rifky M Isa, the continuation of the previous character’s story Mr.Evilsion who was created in 2010 and continues to be developed in various forms and various medium of 2D and 3D works is getting it’s own custom show; “In this event, Littlevilsion will be realized in the form of urban toy which is the second toys for Rifky. The concept of Littlevilsion is still the same as before that is about the negative effects of the development of communication and information technology such as television, internet, smartphones that so affect humans today. Rifky imagines it in the form of a costume-headed television devil that has the nature of a bully and affects bad things to humans like the nature of demons. Littlevilsion is a small army of Mr. Evilsion is tasked to spread the bad influence of technology to all people around the world and make it as a slave. Littlevilsion Custom Show is a way to introduce Littlevilsion to the general public. Collaborate with 30 people consisting of artists, illustrators, designers, toys makers and graffity artists to respond to the forms and concepts of Littlevilsion based on their interpretations and imaginations.”

Here is the lineup;

Featuring live music from Funktura and After Ashar. At The Space Gallery The Parlor | @theparlor.bandung 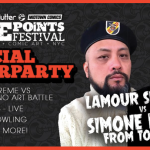