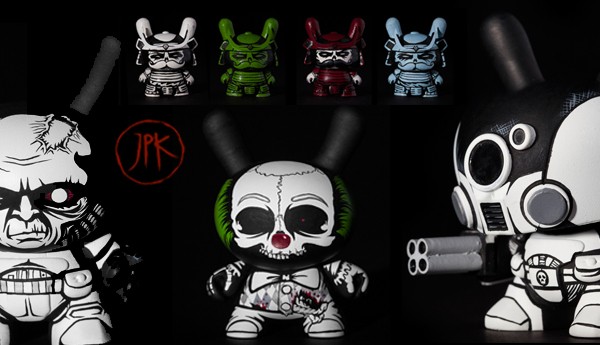 Killer Clown custom for Shawn Wigs, who has a well-known love of collecting clown customs. I wanted to make it look as unpleasant as possible, which considering clowns are already horrible to look at was a nice task! 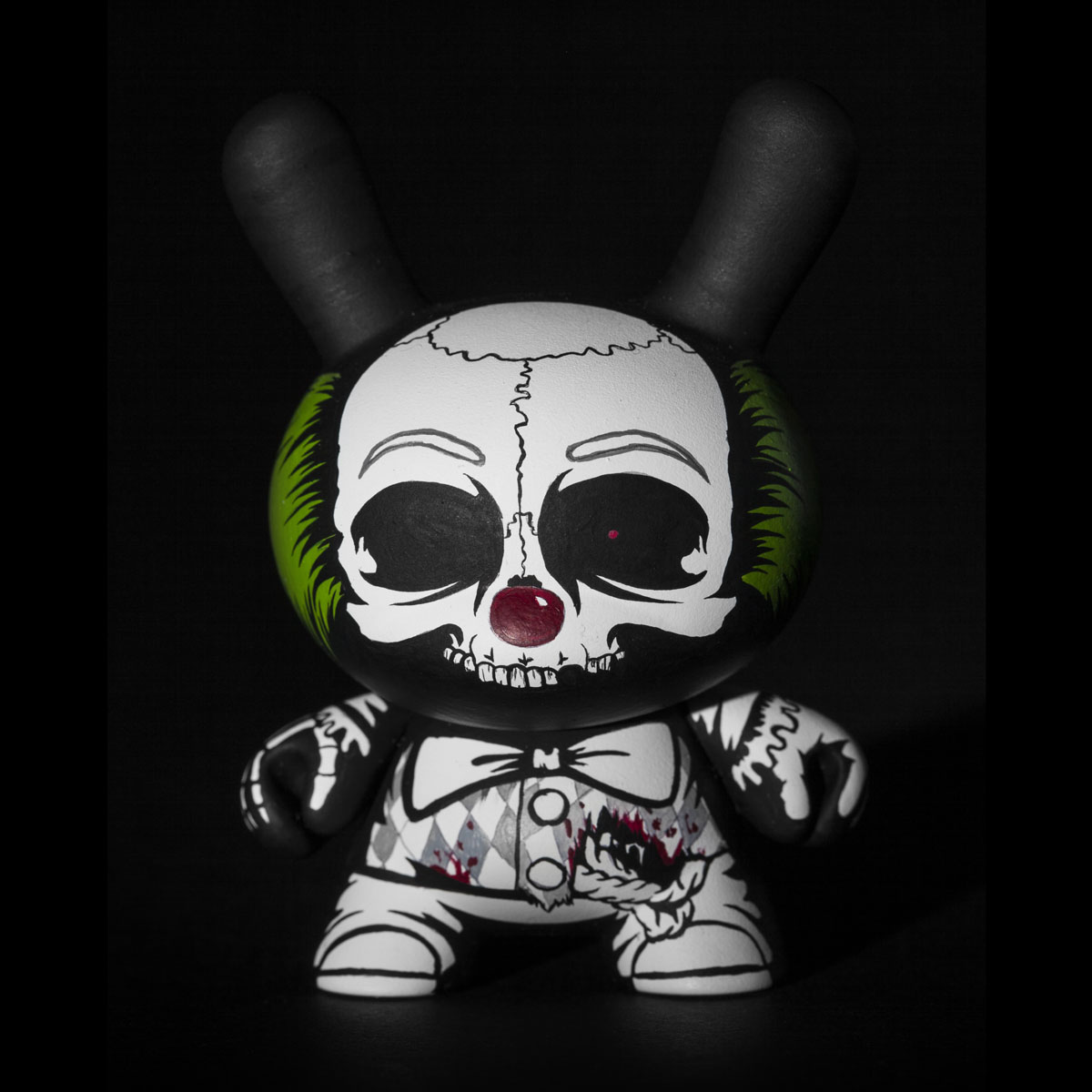 Poor clown got his guts hanging out….

Now this is right up my street added fire power to the once Huck Gee Dunny . JPK  had his gun arm swapped out for a big old Minigun for some heavy-duty assault action pew pew pew (He made the mini gun himself) .

He is a Rogue Corsair himself, named Thrax, often plying the space lanes by himself as an independent mercenary, he has avoided some of the mutations afflicting his comrades. 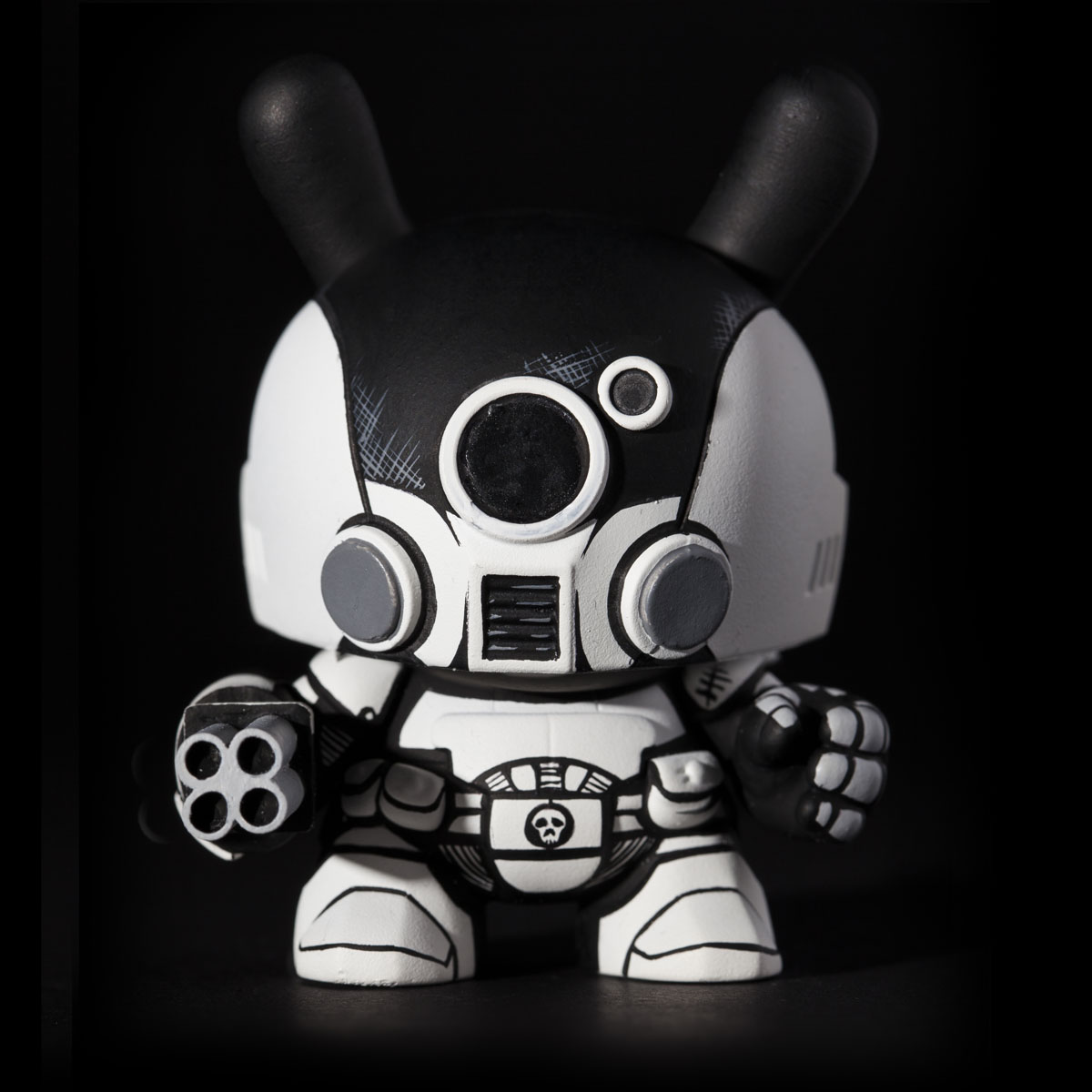 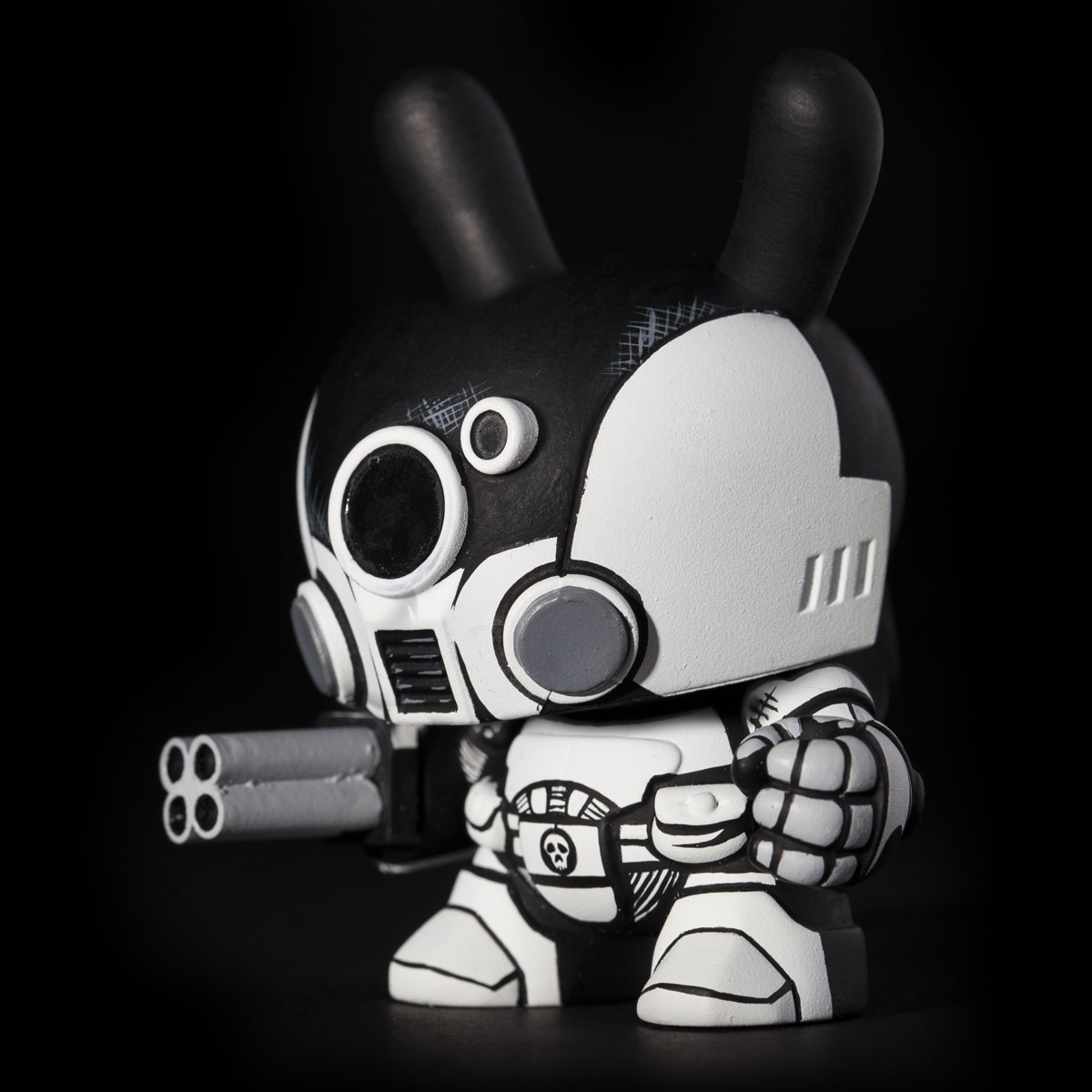 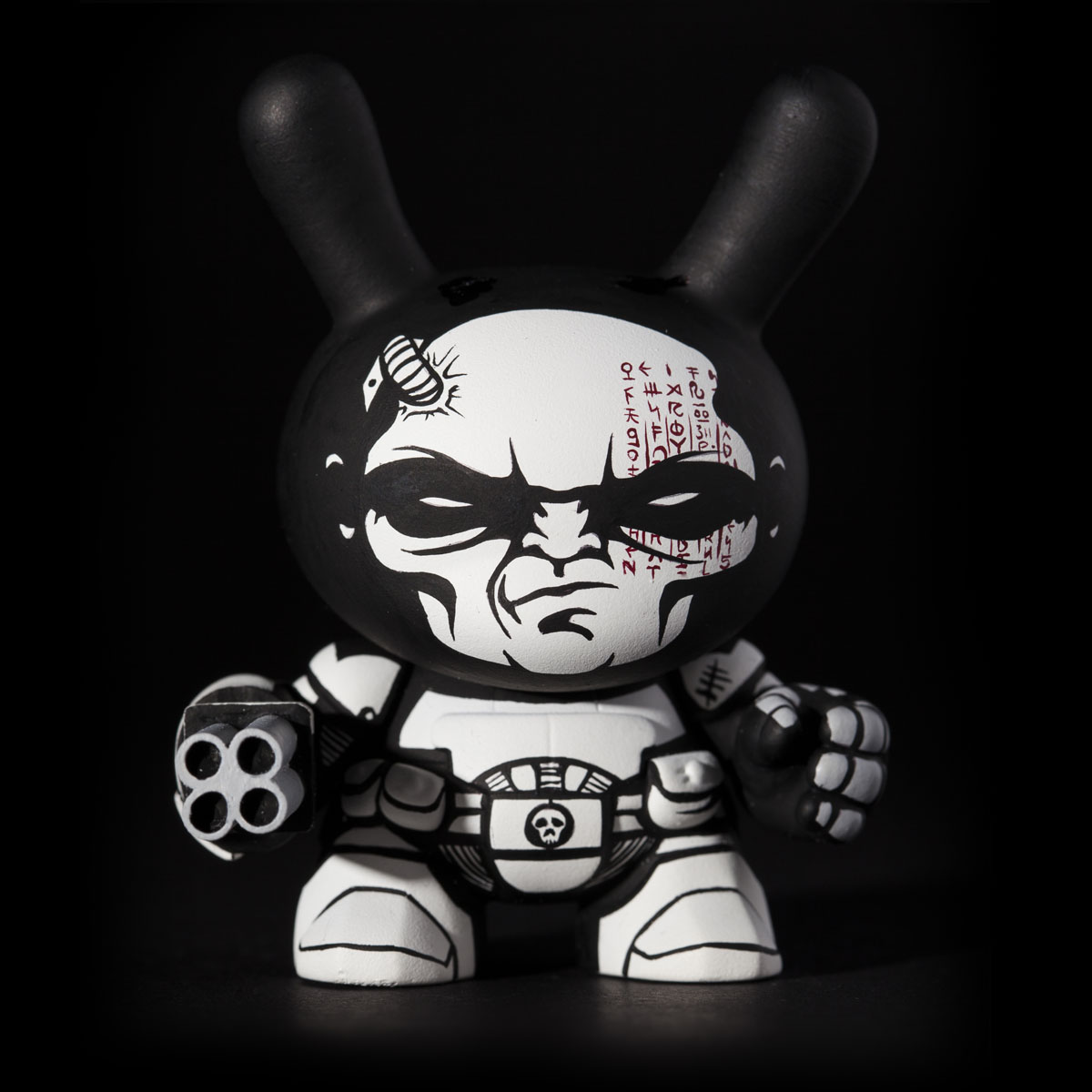 These are 1.5 inch versions of JPK’s Ashigaru 3 inch Dunnys from the 2012 Dunny series. JPK hand sculpted the figure, cast it in resin and painted these tiny fellas up and the party trick is the green and blue ones also still glow in the dark! Must of been a nightmare scaling down the size to 1.5 inchs with those big hands of JPK. Looks spot on and Im sure the collector is super happy. Wonder if JPK will ever release these micro Ashigaru?

Based on Huck Gee’s Heavy Mecha figure. This is inspired by the Star Wars universe and style but an invention of my own, taking a nod from my Rogue Corsairs story with his ancient body warped by uncountable years spent in the maelstrom of space. 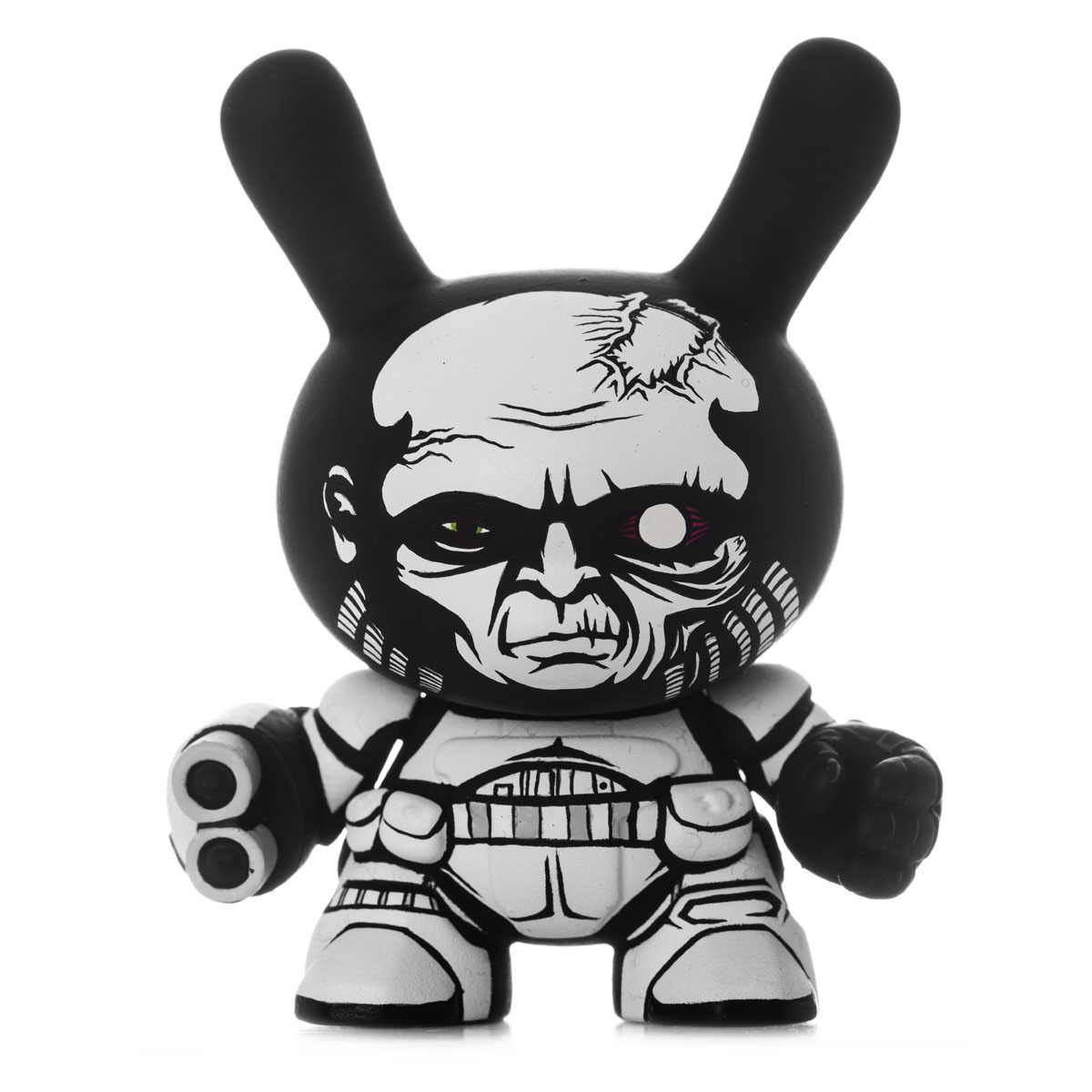 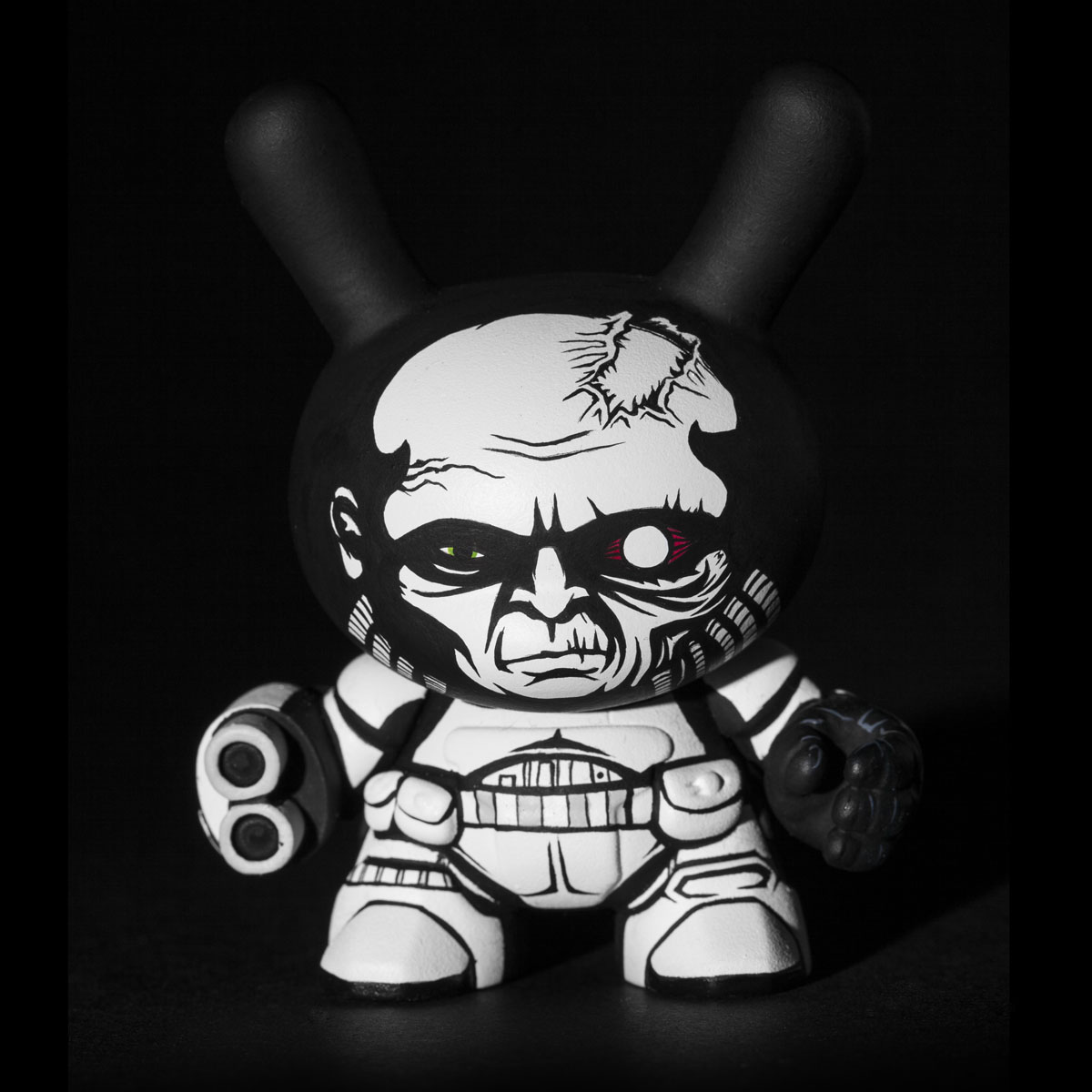 Now for the sad news….. all of these are commissioned pieces but If you would like your own JPK custom – then hit Jon-Paul up here!

Photography was done by the ever awesome Justin Allfree!