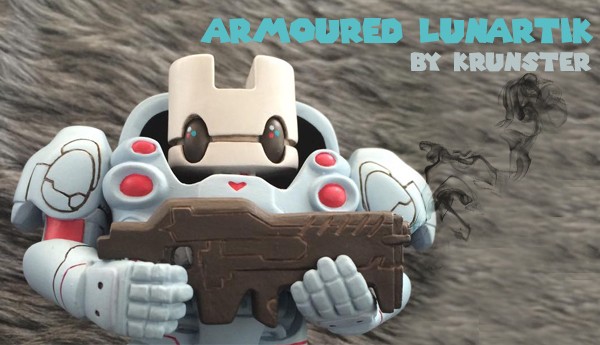 Krunster has released a beast of a custom! suiting up a Lunartik Tea into a “Candy Armoured Lunartik” making the HULK buster quiver in his boots. Krunster took a Starcraft Funko made it her own. With a new wash of colour It looks pretty spot on and a perfect fit. Saying that Krunster had a the mamoth task of cutting the Funko to for the head of the Tea, but in the end Krunster’s scalpel won. No word if Candy Armoured Lunartik is on sale, but you can always from her a line.

Be sure to check out Krunster’s