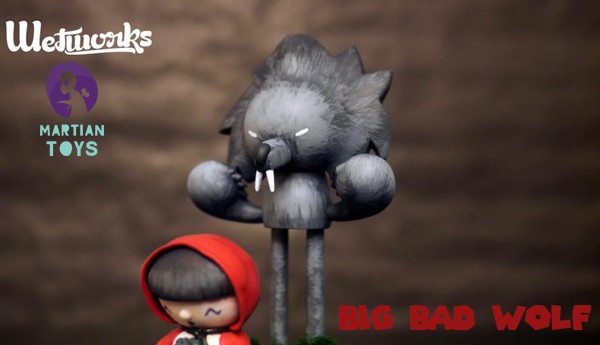 Carlo Andrada Cacho AKA Wetworks has a sweet custom Spiki heading for New York Comic Con 2015 at Martian Toys booth. Carlo yet again thinks right outside of the box and taken Nakanari’s vinyl platform Spiki and turn him into a Big Bad Wolf. Extending the legs of the Spiki give a bigger scope on his crafted miss red riding hood and it’s also Carlo’s style. RRH is cute on her own but having the big bad wolf makes the fairy tail come together even more so. 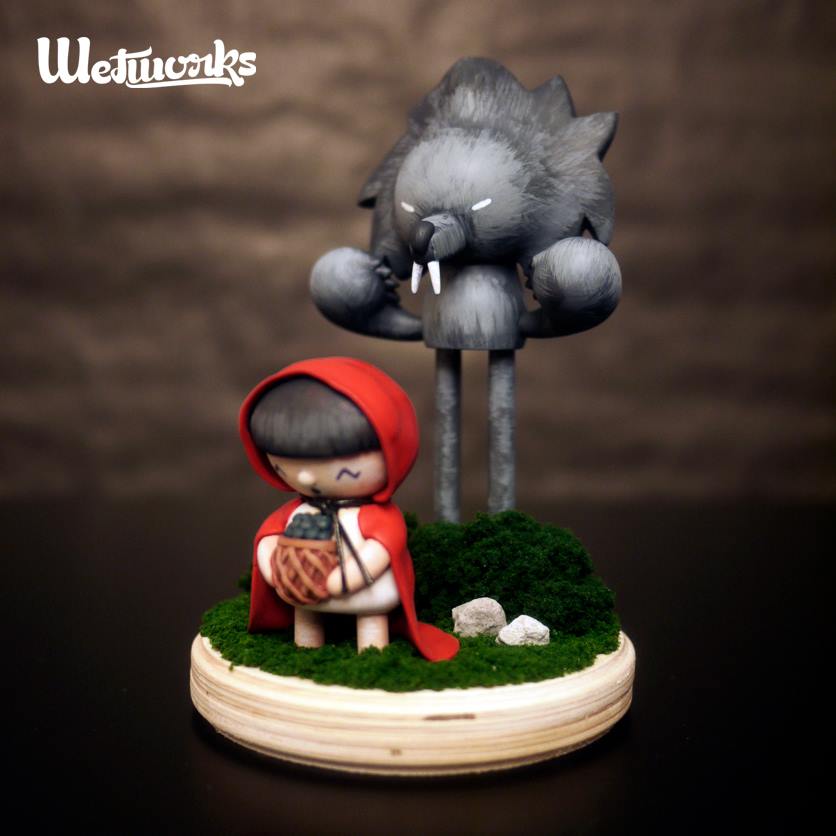 We love the use of fake scenery too and bless RRH cute eyes. Another stella job from Carlo. This custom will be on sale New York Comic Con 2015 at Martian Toys booth #203. http://www.newyorkcomiccon.com/ 8-11th October 2015.

Cannot wait for a custom or a release from Carlo?  we have a couple of TTC Destroller TEQ63 By Wetworks x Quiccs left from ToyconUK 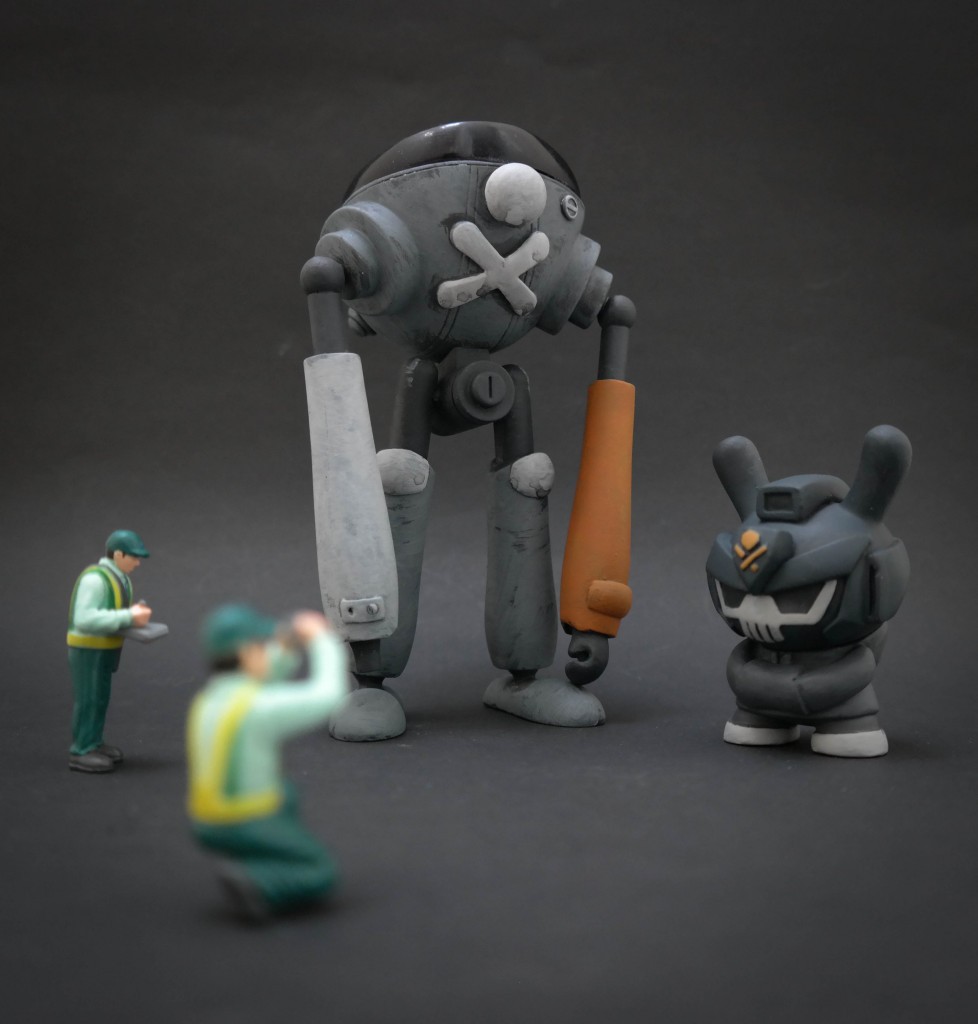 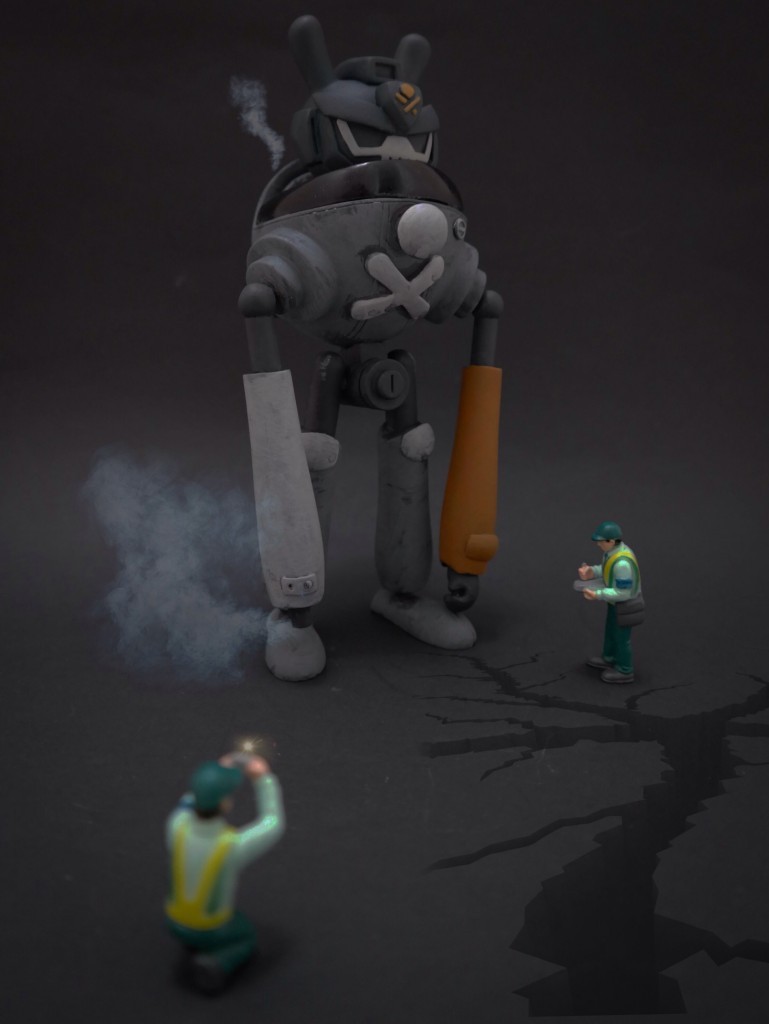 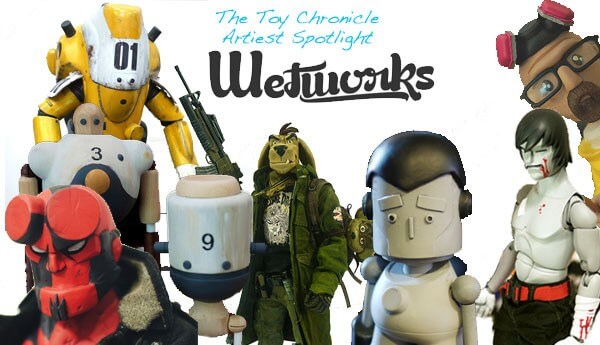