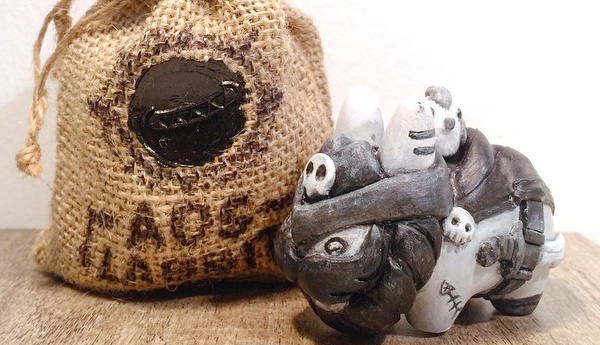 Gray Mako is releasing a nautical themed AOS labbit set at DCon! These hand sculpted and painted labbits have exquisite texture and detailing, and come with a lovely wax sealed drawstring pouch and a personalized sketch! 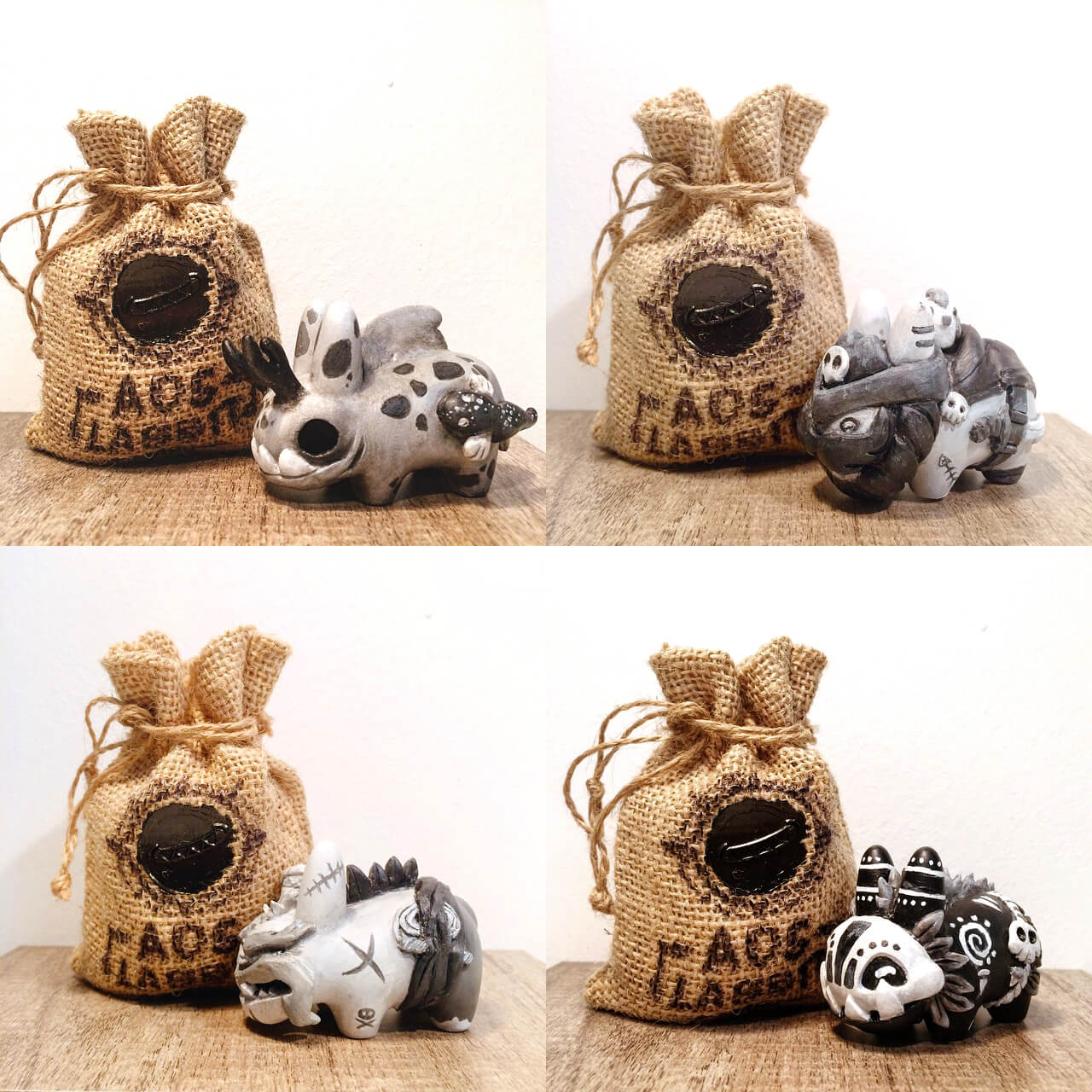 These four labbits are from the Age of Sail! Check out Captain Blackbeard on the top right! Of course, no pirate themed series is complete without a captain – his “favorite hobby is stealing the hidden treasure of other pirates. His beard was originally red but turned black from eating too much seaweed. He has a parrot named Todd.”. 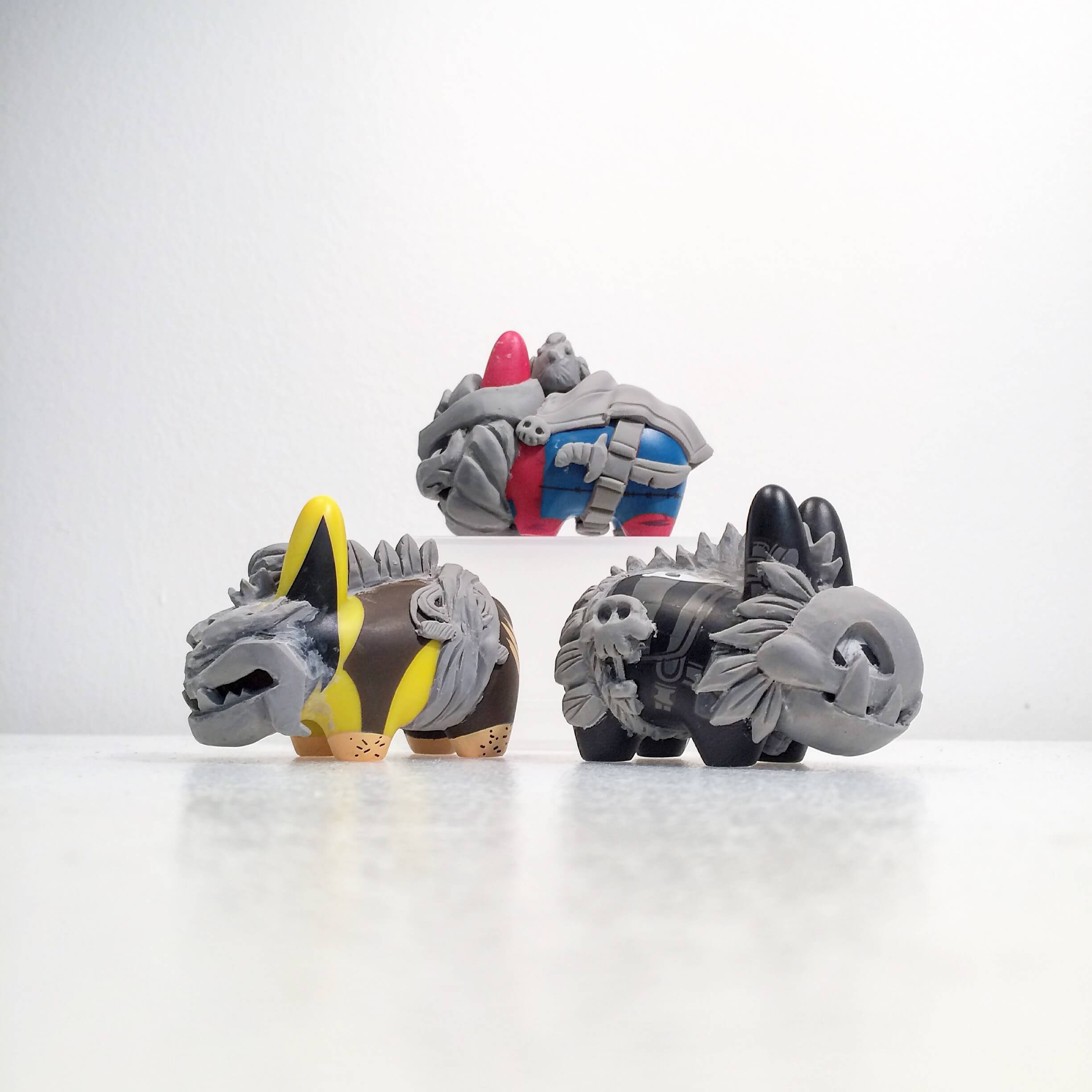 The beginning of the labbits transforming. The detail of the sculpting is especially amazing when you think about how small each labbit is. 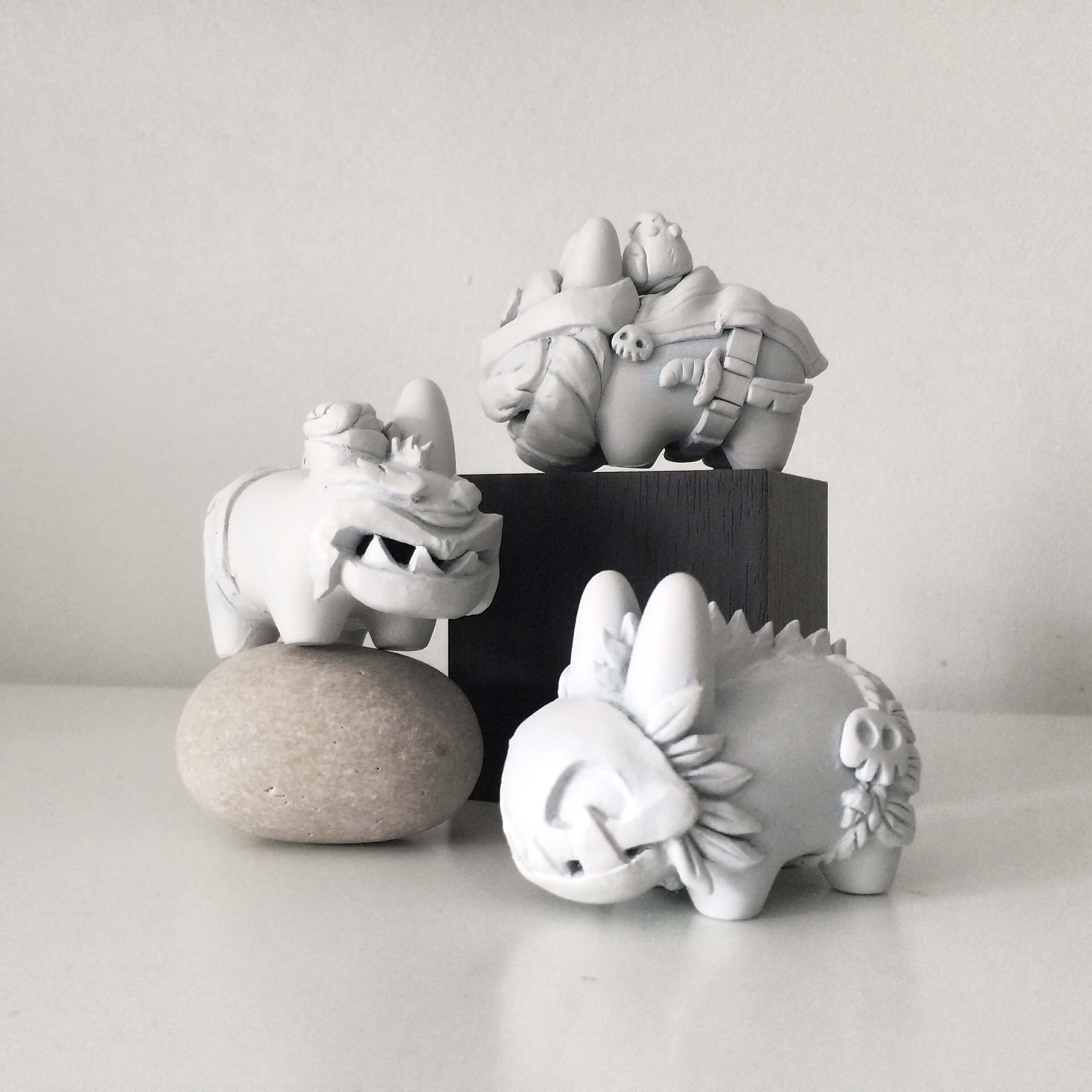 There are four distinct characters. Malolo, on the lower right, “is the shaman of the Poro tribe and is responsible for predicting his tribe’s future. So far he has yet to succeed, but everyone loves the fireworks. He collects feathers and shiny things. He dreams of catching the jewelled jellyfish.” 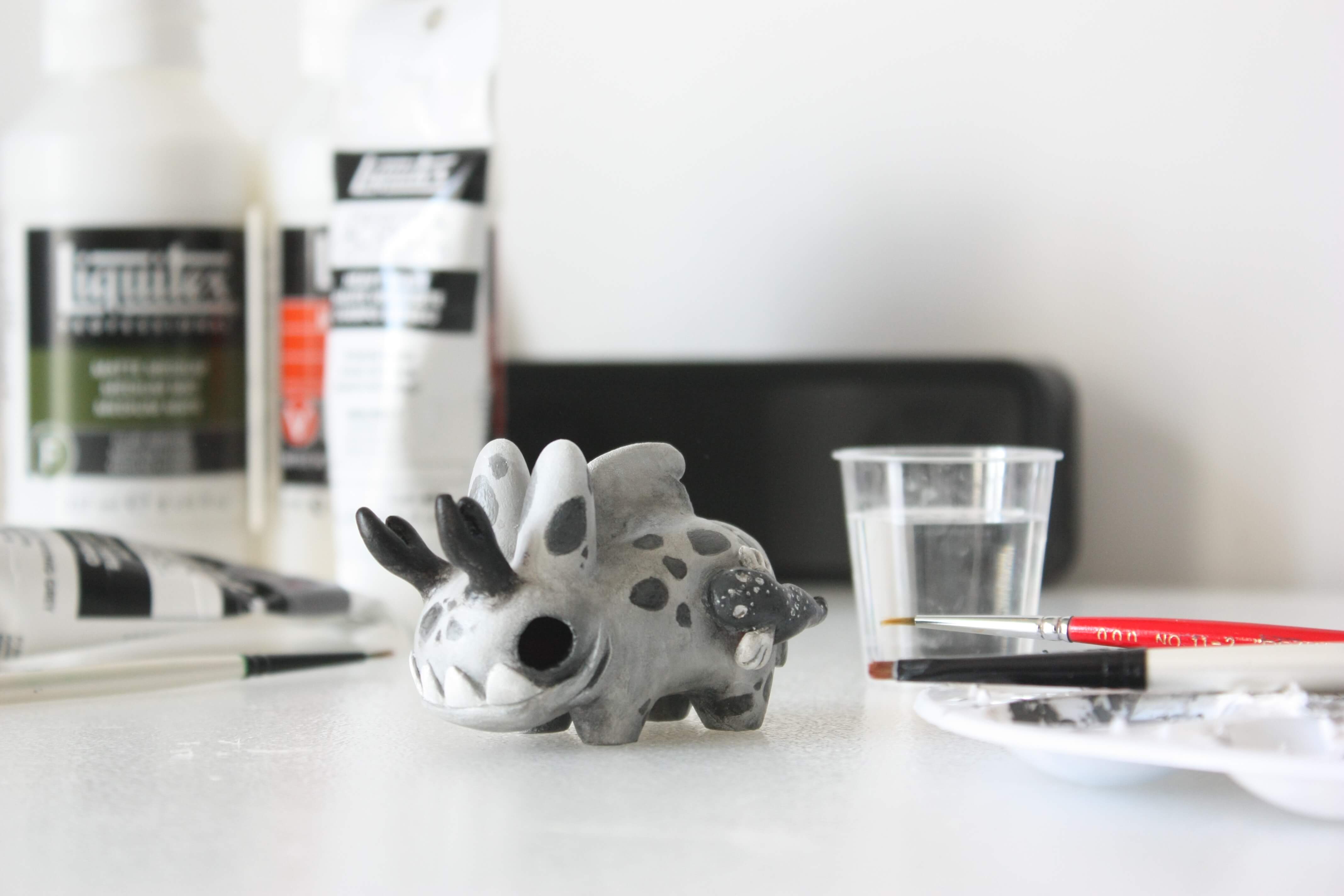 This one is Wranglepuff, who “dwells in shallow waters, hunting for krill. Highly territorial, the Wranglepuff wards off intruders with his antlers. His colouring changes with the temperature, and he molts in warmer weather.” 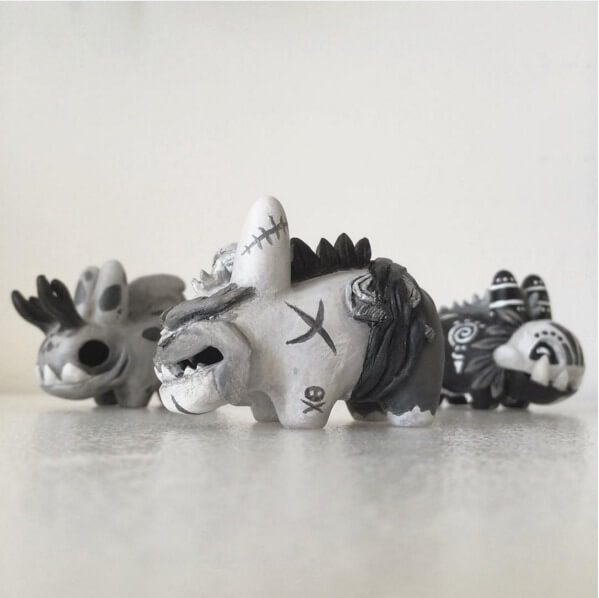 Snaggletooth keeps everyone in line by running “his slave ship with an iron paw. Folks of the coast flee at first sight of red sails on the horizon. His broken teeth and scarred visage are the souvenirs of a brawl with the Kraken…so he claims. He likes rum and smells like watermelon. “

Want to sail the choppy seas?? Find this fun set at Broke Piggy‘s DCon booth. Each piece will be $85 and are waiting to go home with you! See more views at Gray Mako’s Instagram.