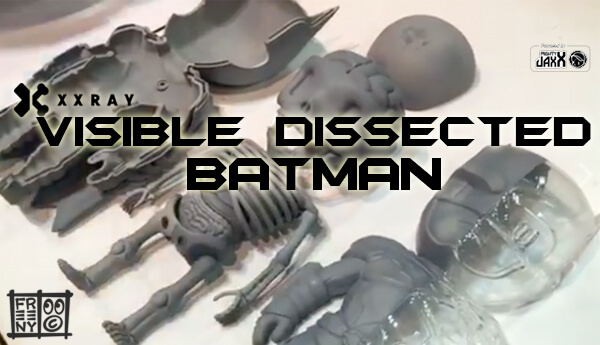 Secrets out, Jason Freeny and Mighty Jaxx XXRAY line are about to expand in a not so distant future. Jason Freeny while in Singapore for STGCC 2016 has stunned his fans with the prototype of  a Visible Dissected Batman! much like Jason’s Gummy Bear and Balloon Dog, DC Comics Batman looks like he’s going to get the dissected treatment just like Gummy Bear and Balloon Dog where you can take it apart. From what Jason has said on the video this will be one of the first of the series of the dissected licensed characters.

Stay tuned for more dates on this new XXRAY line. Which licensed characters would you like to see dissected?

In Singapore? you can visit Singapore Toy, Game & Comic Con 2016 and visit Jason and Mighty Jaxx at booth #H3 at STGCC.