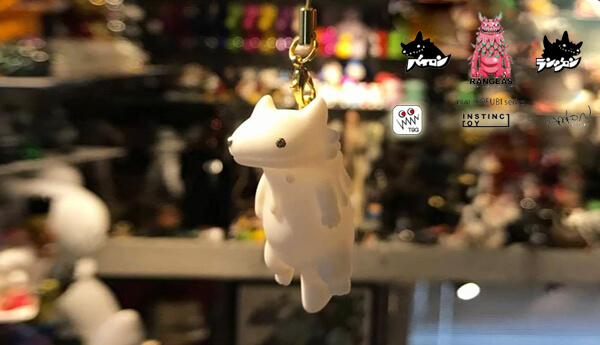 Back in February, SHOKO NAKAZAWA x T9G fans stood still and went into a frenzy when INSTINCTOY announced the Byron???Rangeas?and?Rangeron?Mini sofubi series which you can check out in full HERE. This weekend, DOKI DOKI OSAKA will open its doors and it looks like INSTINCTOY will be showcasing the later prototype stages of the mini-series. First, one being the hugely popular Byron. We made samples using metal molds for the mini Sofubi series and we have also made samples from a test mold of mini Byron. It is really cuter when it is made of sofubi! We will also have samples of mini Rangeron & mini Rangeas at the DOKIDOKI OSAKA SOFUBI WORLD EXPO.

You can tell from the images that the size of the prototype Byron is smaller than the VAG series (Baby Byron), which was made by Medicom Toy. The prototype Byron is only 42mm tall! It comes with two interchangeable tail accessories, and you can either display it normally or make it into a phone-strap by changing the tail. When the tail is in a sagging position, he appears very weak. Its appearance really draws out our sympathy. It looks really cute on tiptoe too!

The concept of these newest mini series is as same as the mini Liquids that represent the concept of being?always together?. The first series of 3 types of the ?ARTIST mini SOFUBI SERIES? are planned for release in May. We are still working on them. The mass-production figures will be scaled down by 9% from the prototypes you see at the show site.

Another must own 2017 release from T9G × INSTINCTOY × Shoko Nakazawa. Don’t know about you guys but we are saving already for this! 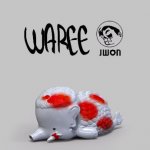 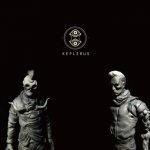