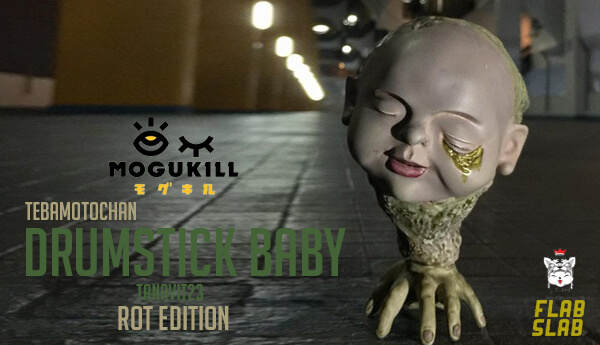 Remember a couple of weeks ago when Mogukill Zhou Jiajun x FLABSLAB teased their latest project Tebamotochan Drumstick baby. We remembered it as it scared the living shit out of us! Well, today it looks like we have a colour scheme going on. To be exact, its a Jeremy Tanavit aka JEM TANAVIT23 collaboration gore/ rotting edition which will be released soon. 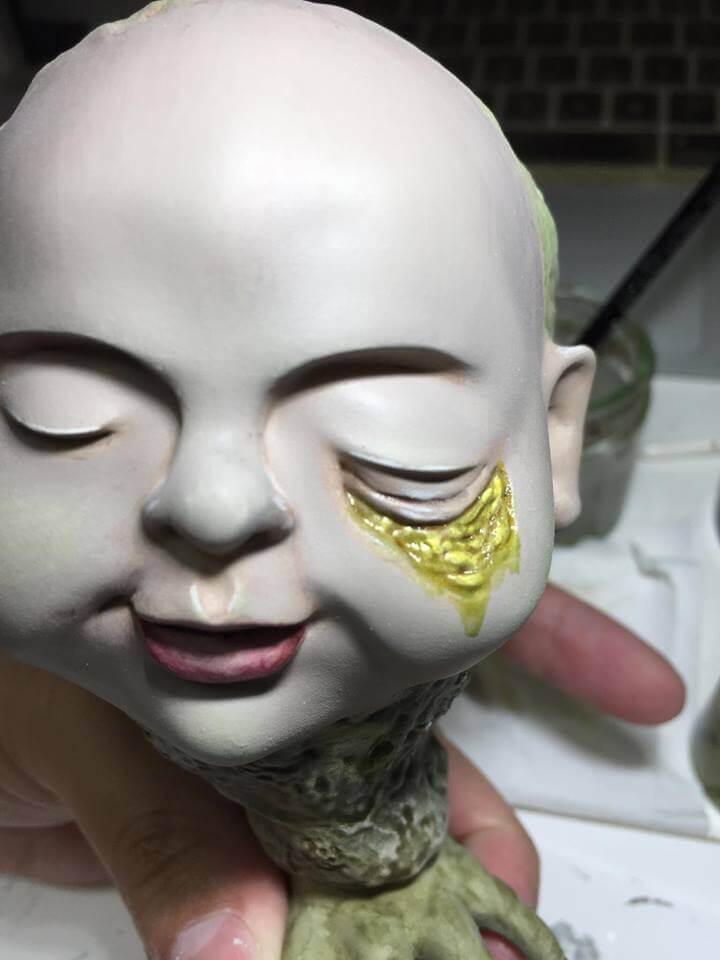 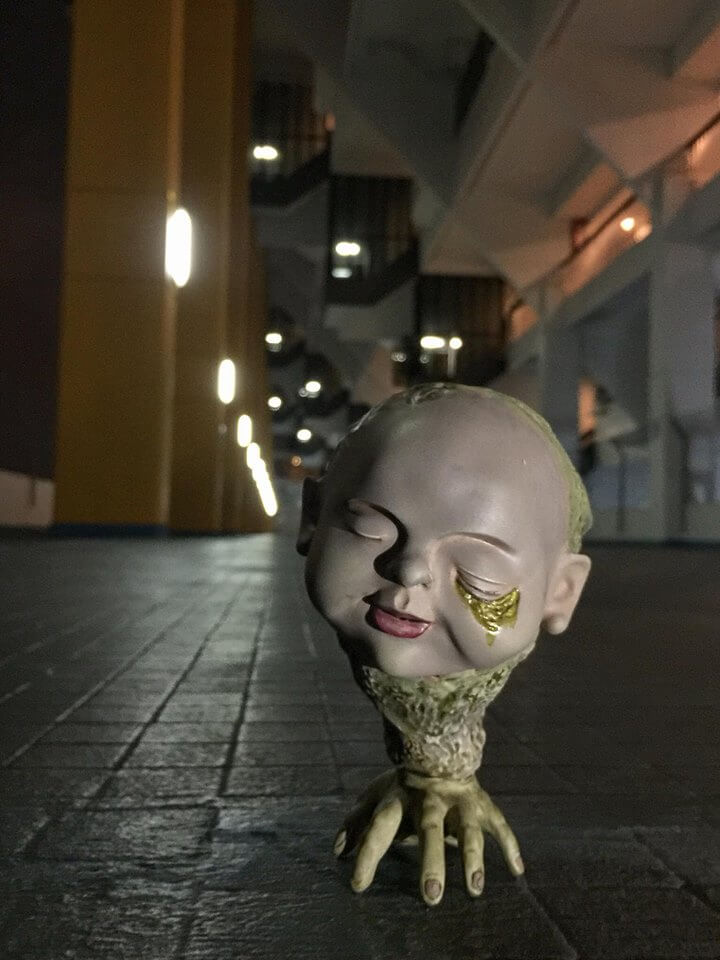 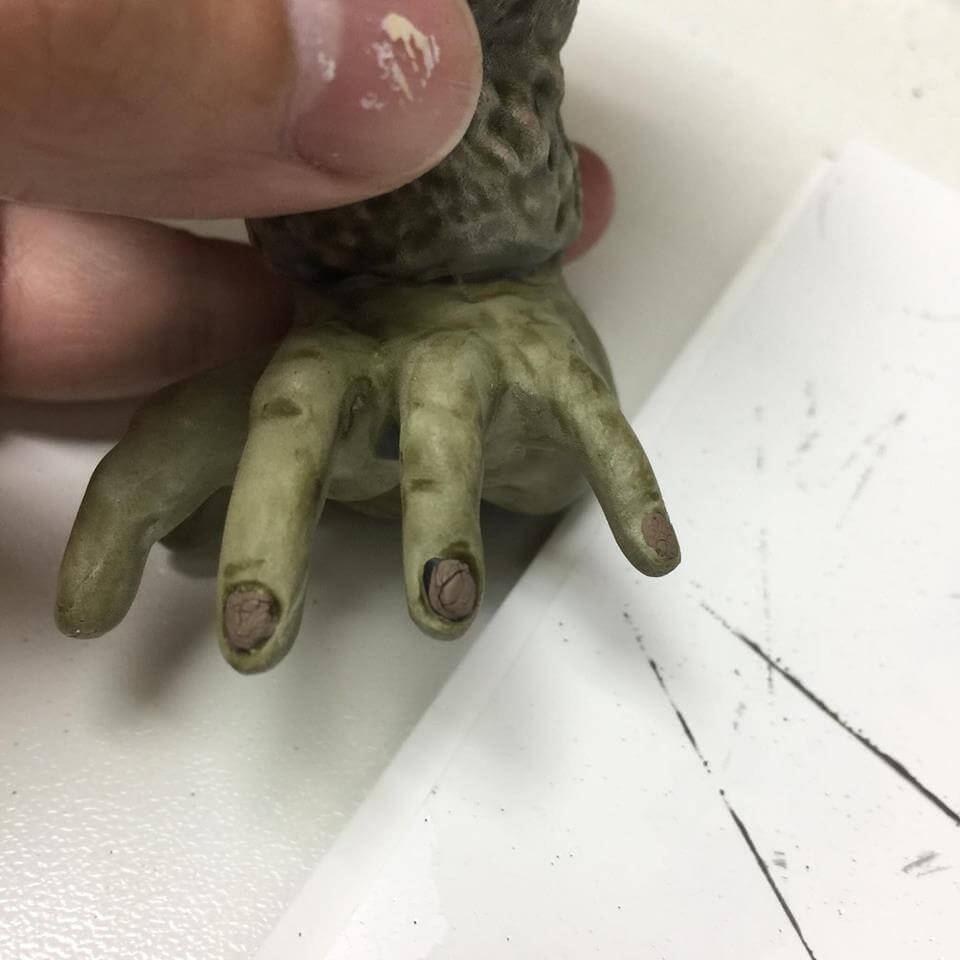 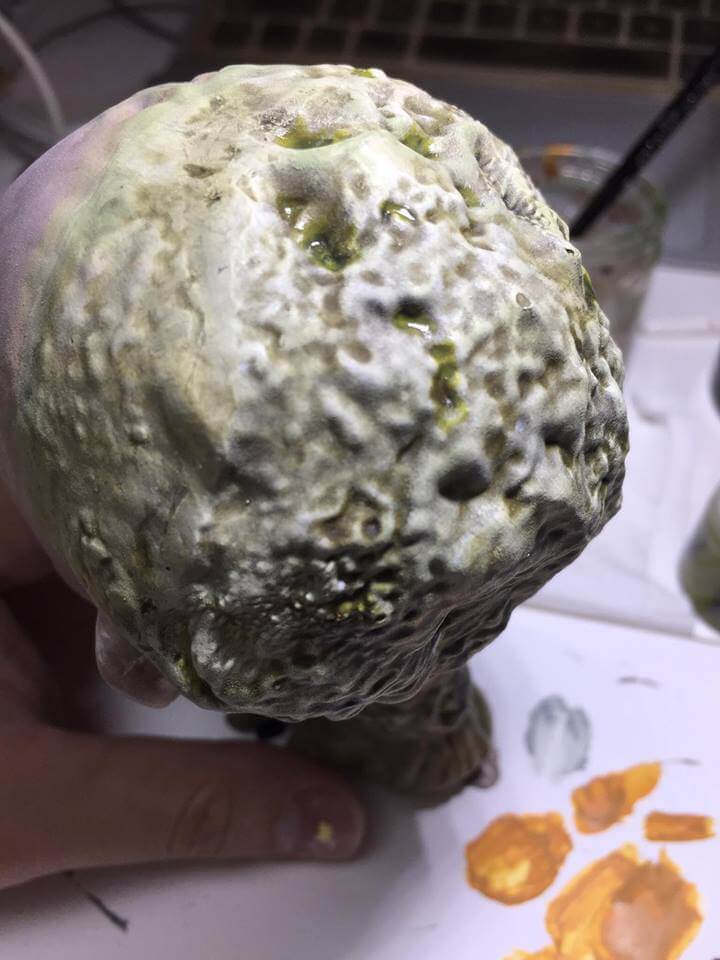 The OG prototype still hasn’t been finalised but we will bring you a update as soon as possible. Like we said before, If scary films aren’t enough in this day in age. Mogukill aka Zhou Jiajun totally creeped us the fuck out when she finished the prototype of her Tebamotochan/Drumstick Baby which is powered by FLABSLAB. Mixing food, old skool death doll figures and hands to stand makes The Thing from Adams Family look like a harmless pussycat. Food and toy combo at its scariest and dam right darkness. Fingerlicking good? 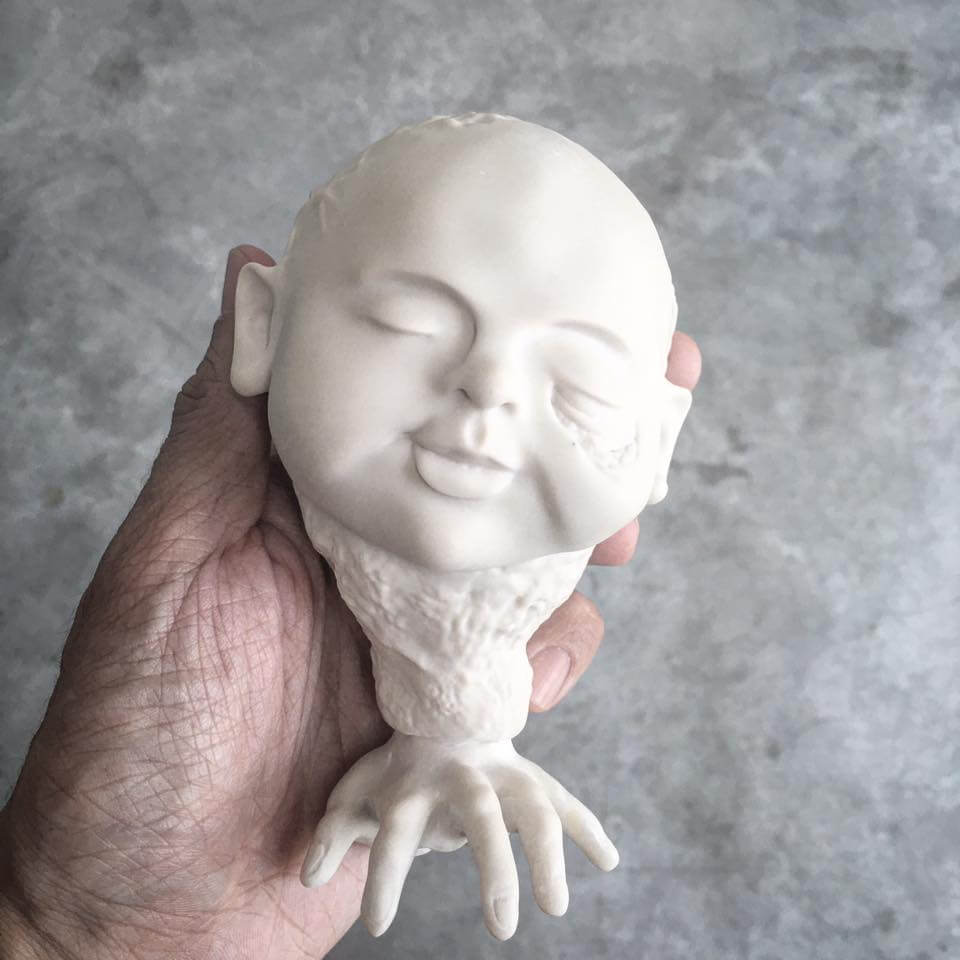 Paint application should be similar to the 3D render below. 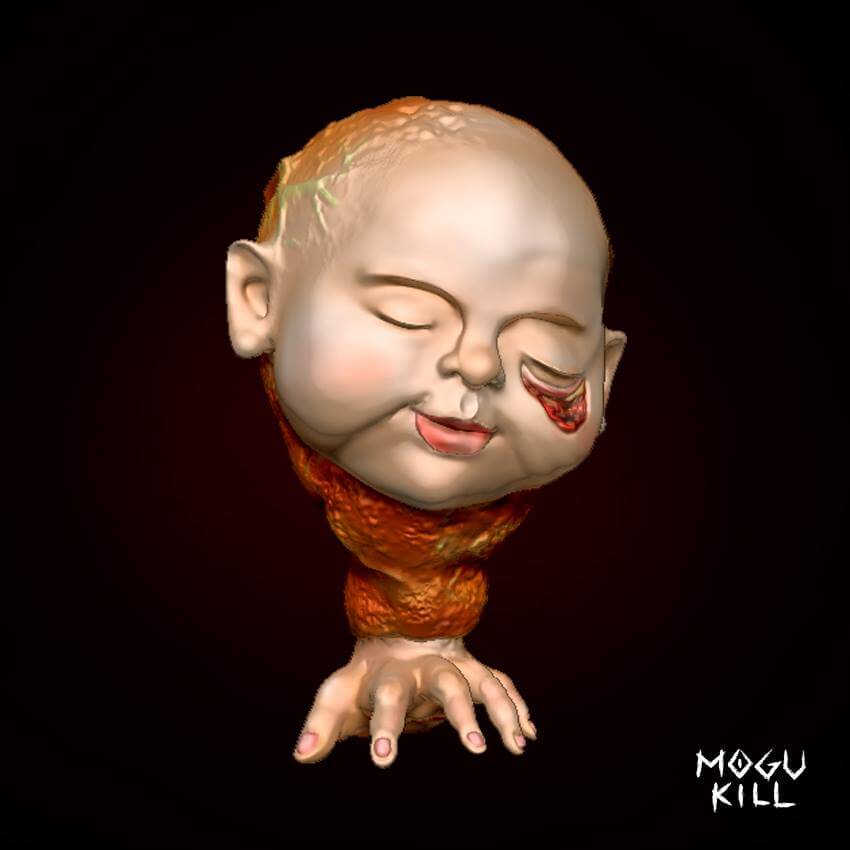 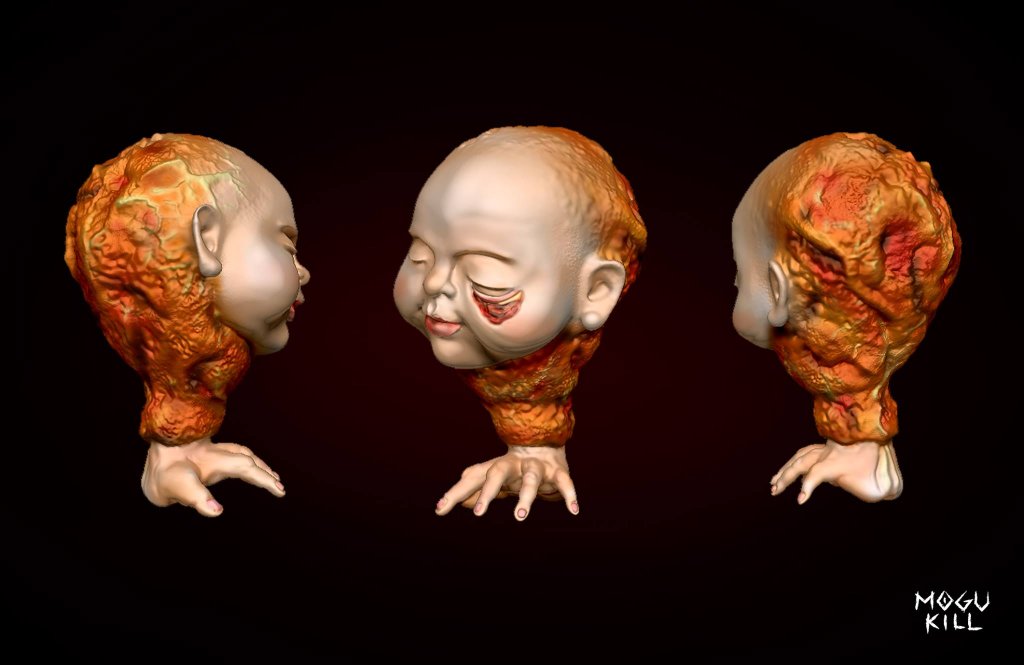 No word on a release date but expect Drumstick Baby to make its debut at Thailand Toy Expo 2017.