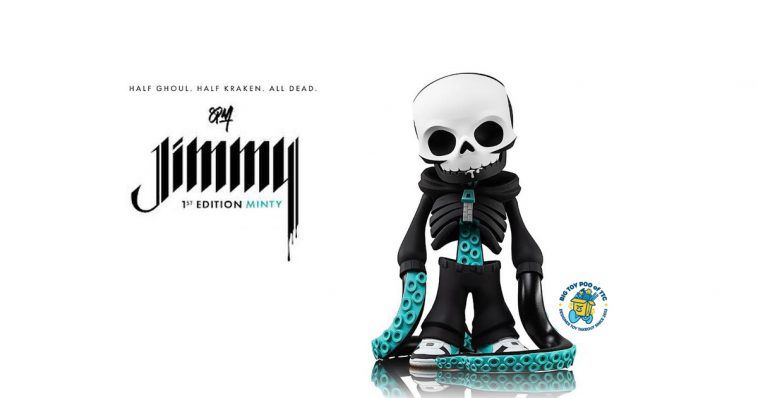 THE RISE OF JIMMY! “Half ghoul, half kraken, all dead.” the fully painted in limited “1st Edition Minty” colourway resin statue based on an original character by 8PM needs your soul! Be one of the first to give life to Jimmy as artist, 8PM launches a crowdfunding campaign. From sketches, Pins, Stickers, posters and apparel now fans can own Sanfrancisco bases 8PM JIMMY as an art collectable! Plenty of tiers to choose from and check out the stretch goals too. We are freaking loving the proportions and pose and what a colourway to kick it all off!

JIMMY is an 8″ high-quality polystone resin statue for the strange and unusual because JIMMY himself is strange and unusual.  JIMMY is outfitted with his favorite hoodie and AF1 sneakers to take on whatever the underworld may throw at him. He is classy enough to be displayed among your collection or casual enough for your desk, bookshelf, or even bathroom! (He prefers bathrooms).

JIMMY wears many colors, many masks, and many, many hats…but for his Kickstarter debut, he comes in a limited 1st edition “Minty” colorway.

JIMMY is my brainchild who once was just a boy and is now….still a boy. BUT he didn’t always look this way! Oh no, he has had quite a glow up over time. JIMMY debuted on the eve of Halloween in 2018 as an ink drawing in my sketchbook.  Equipped with a birthday hat, he represented the most belated of belated birthdays. Some say he is still waiting for people to show up to his party…

Soon after his birth, JIMMY began to pick up notoriety at local conventions, often seen as a charming little skull boy who would go on to adorn many walls as a 5×7 screen print. JIMMY quickly became my best selling sticker, hard enamel pin and small run t-shirt.

Although JIMMY was created years before, Twitch is where his current form was truly born. As a channel viewer redemption reward, I have drawn well over 100 hats on JIMMY’s head. Viewers from around the world (and probably the universe) save up precious digital currency over great lengths of time for an opportunity to request any hat to be adorned on his skull…“any hat” has caused some questionable things to be drawn on his poor little head, but JIMMY takes it in stride.

The beauty of JIMMY is that it is completely customizable & collectable.  8PM would love to see him grow into a whole series of hats, colorways, variants, materials (vinyl), and artist collaborations. What would you love to see next? 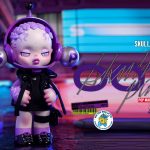 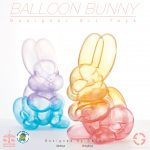