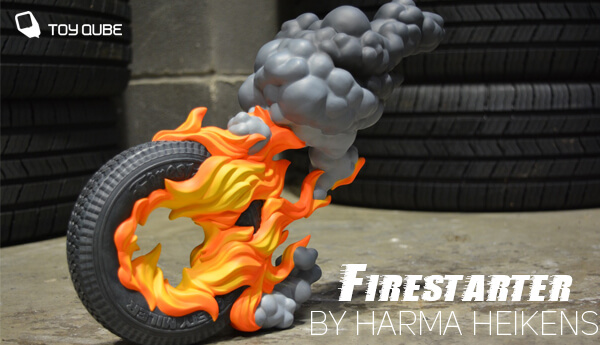 The guys at ToyQube have done it again! smashing another release. The Astronaut was pretty much epic but now they are taking Harma Heikens original 2014 “A Good Year” sculpture and re-vamping it into a smaller version which won’t take as much space in your collection. Firestarter is born and from the photos freaking looks LIT! The message behind Firestarter is cool and totally get it, We feel after reading the story behind Firestarter we appreciated it a tad more.

To me the burning tire refers to the popular revolt that we see a lot of these days. A gasoline-filled tire is a low-fi weapon, similar to the Molotov cocktail. But the “Wheel of Fire” is also an ancient religious symbol, referring to the sun a the motion of the earth, and the symbolic nature of fire is both creator and destroyer, purifier and defiler. The symbolic meaning of the burning wheel and the actual application of the burning tire as a violent means of revolution coincide, which makes the image extra powerful.
But it’s of course also a symbol of speed- if you want it to be about formula 1 racing it’s okay with me, it’s never just one thing- and it’s an obvious rock&roll reference too:
‘This wheel’s on fire, rolling down the road
Best notify my next of kin
This wheel shall explode!’- Harma Heikens 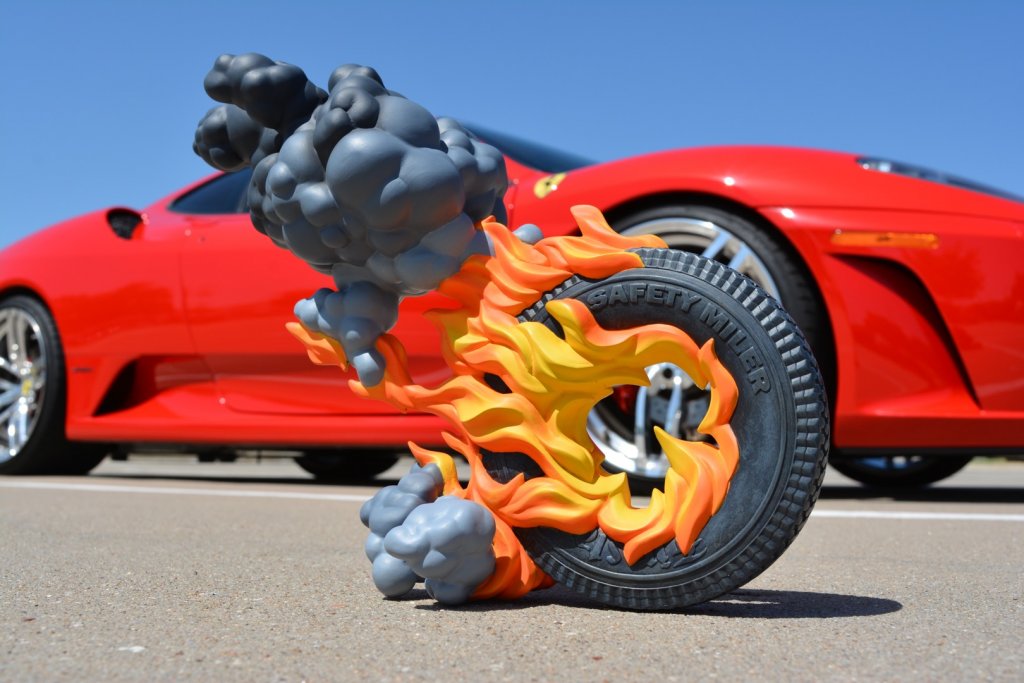 With ToyQube in control of Harma Heikens “Firestarter” should have great production quality. 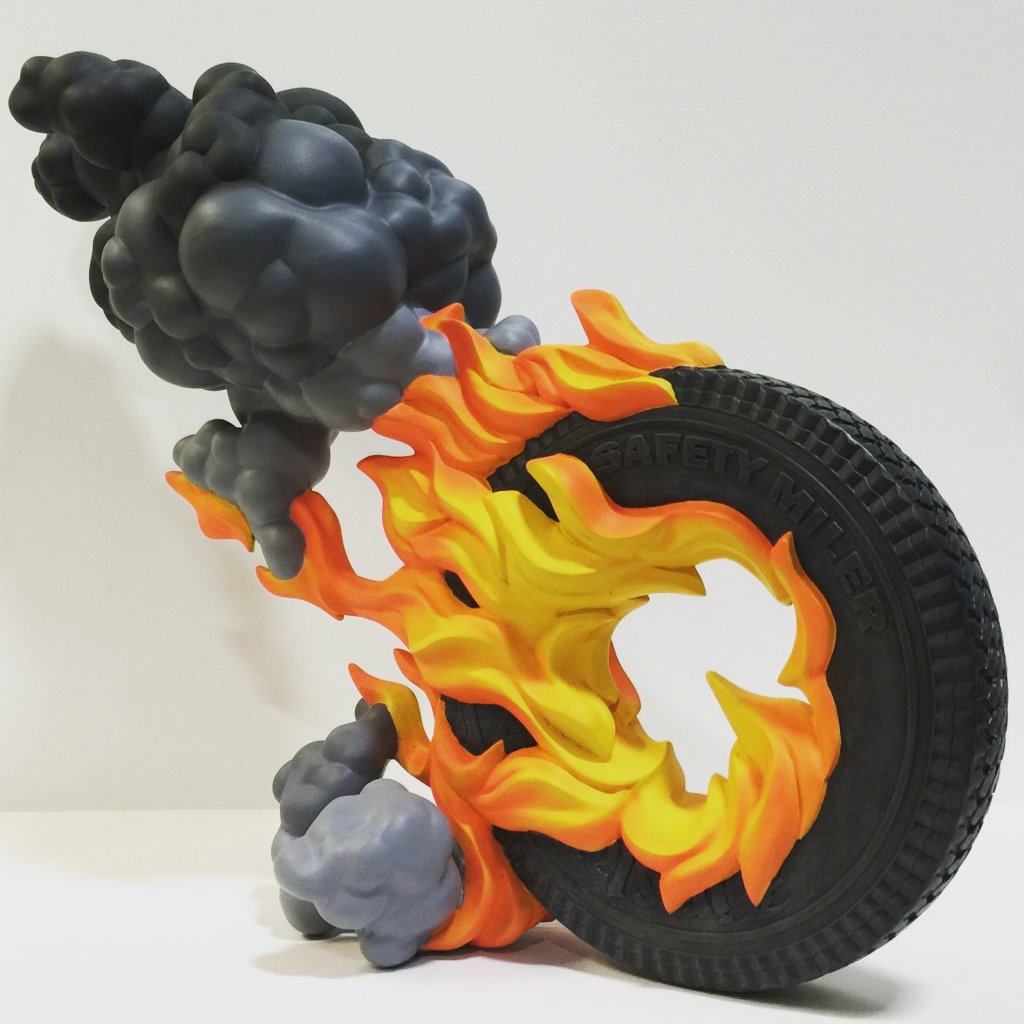 One thing from the photos, just to be nitpicking the smoke clouds could be highlighted a little more, with more depth like the original “A Good Year”. 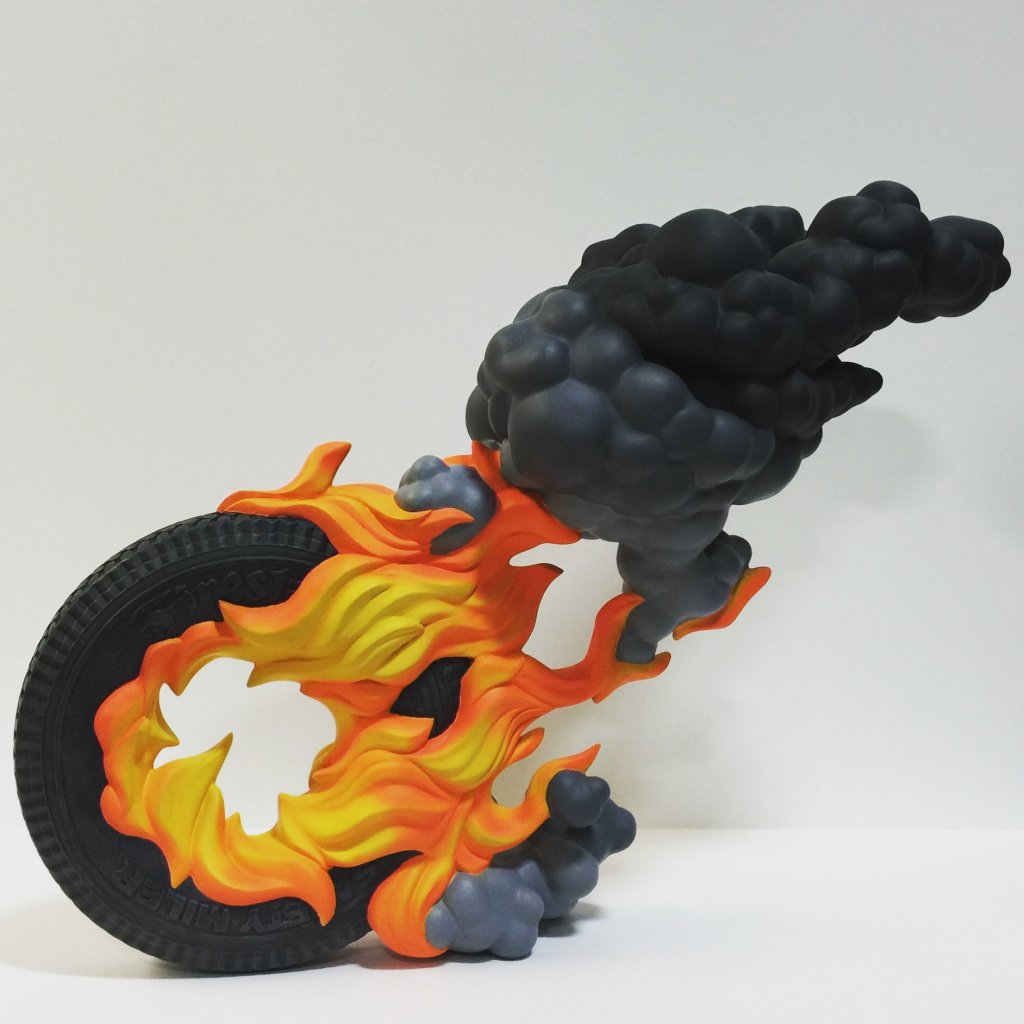