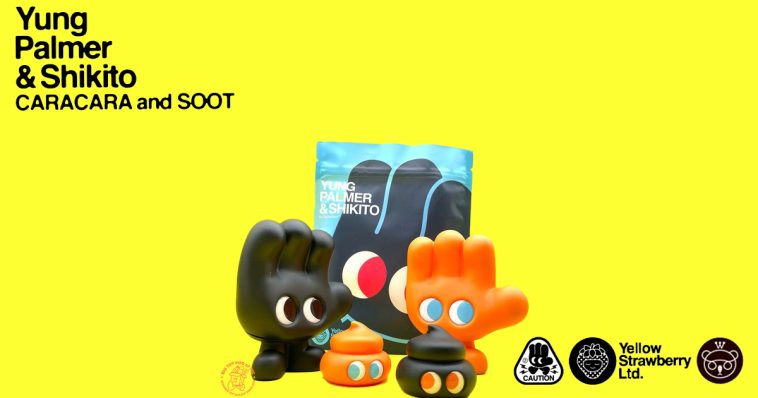 After months of cute animations and illustrations, TODAY comes the debut release of Yung Palmer and his best buddy, Shikito in soft vinyl! Sebastien Roux by day, Superdeux by night the farther of the ever so cute Mood Palmer comes Yung Palmer & Shikito in 2 colourways! who’s ready to high-five Yung Palmer and has poop looked that cute before?

Yung Palmer & Shikito
There will be 2 colourways.
EDITION: Soot – edition of 50 Cara Cara – Edition of 50

While we have your attention, check out the Yung Palmer Print too!

Designed by Superdeux and produced by Yellow Strawberry Limited 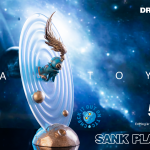 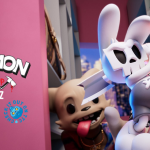