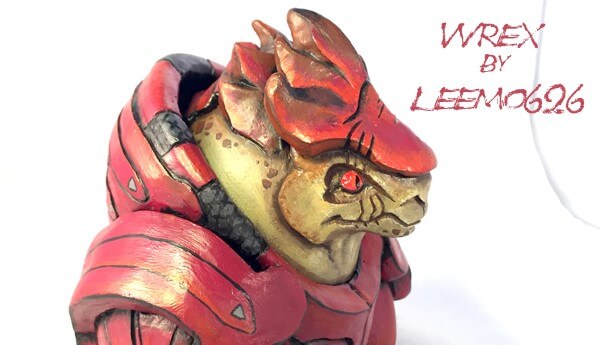 Animator and illustrator Leemo626 (Sophie Angela Powell) serves up a beast of a custom with her custom MoleXL for the RE-MOLED show thats happening this week. Sophie has not one but three customs for the show. First off she turns the MoleXL in to Urdnot Wrex from the hit game Mass Effect  which she has a love for the game. This second one is a one cheeky looking Dino. last but not least is this bird, which she cleverly used the MoleXL as the head, got to say nice balancing on the sculpt. Sculpting skills need a little work but it is nice to see fellow UK people getting to show their ideas. Looking forward to seeing more of Sophie’s work in the near future.