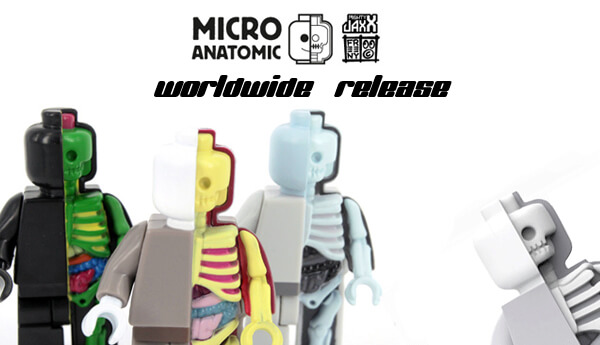 STGCC 2015 is done and dusted and like we said in our previous blog post HERE, the much sort after Micro Anatomic by Jason Freeny x Mighty Jaxx will get a online release, so no need to pay stupid aftermarket prices. The wait is over as Mighty Jaxx have officially announced today that all three colourways including the Kaws tribute colour will be on sale. Following a successful sold out launch of the Micro Anatomic at STGCC, we will have limited quantities available this weekend for our global customers! Don’t miss this opportunity to own one of Jason’s most popular creation! Mark your callenders and set your alarm for 19th SEPTEMBER 2015 The Micro Anatomic Anatomy Lego Mini Fig will be priced at $20 each when they get released at http://mightyjaxx.rocks/

If Mighty Jaxx sell out (which they will) our friends www.CollectandDisplay.com will be stocking them too.