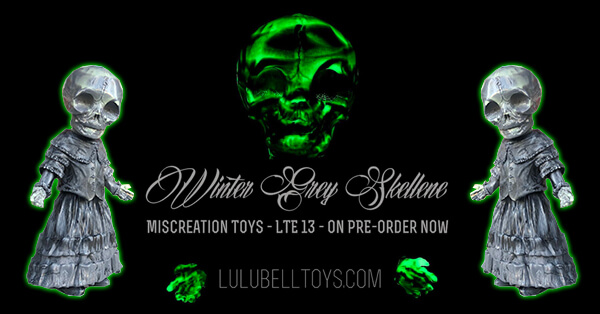 Skellene, the mourning doll by Miscreation Toys is back to Lulubell Toy Bodega.