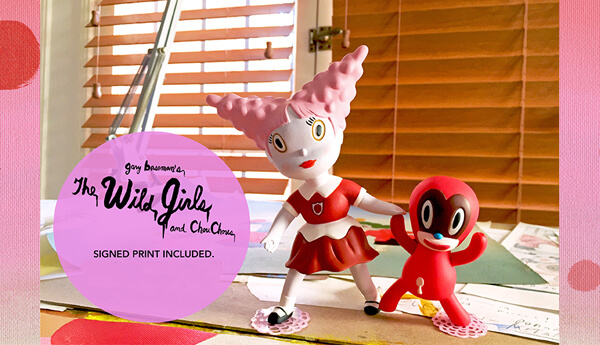 Both figures can stand on their own (flower bases included) or can join together at the hands via a magnetic attraction.

WildGirl Naomi and ChouChou Red Edition toy and signed print by Gary Baseman x 3DRetro can be yours for $95 at http://garybaseman.com/store/

(all info and photos lifted from http://garybaseman.com/ )