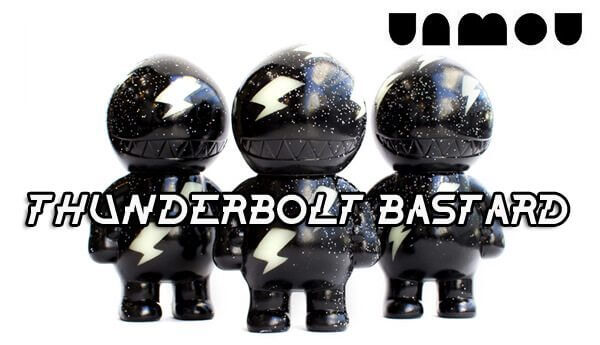 Travelling at the speed of light, followed by a deafening sonic boom, Thunderbolt Bastard appears from the stormy skies.

Studio Uamou just released another member of the Bastard family. 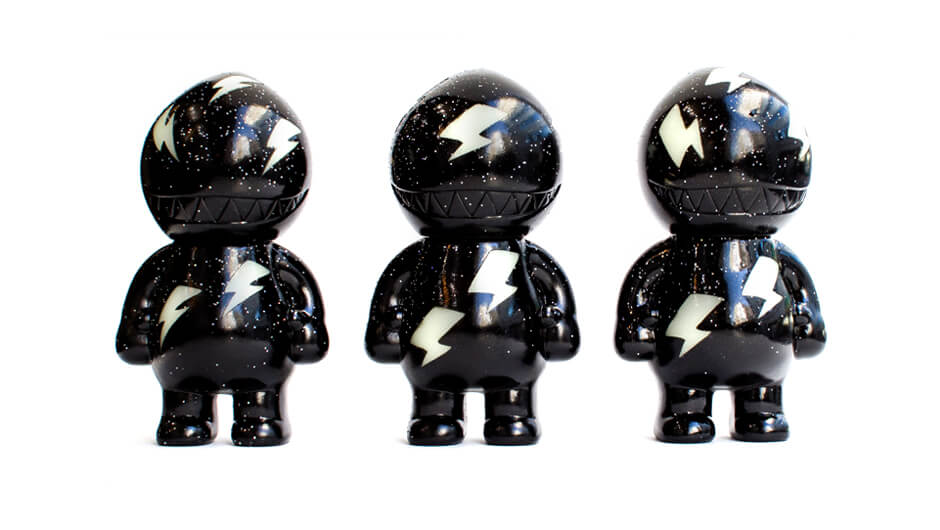 Painted by Master Goto, decorated with Glow in the Dark thunderbolts and covered with glitters.

As much as Uamou is a pure hearted alien boy, Bastard is a foul-mouthed, bratty little kid who talks behind everybody’s back and is just incredibly unpleasant to have on your pic-nic. We don’t think he is bad though, probably he is just asking for attention. 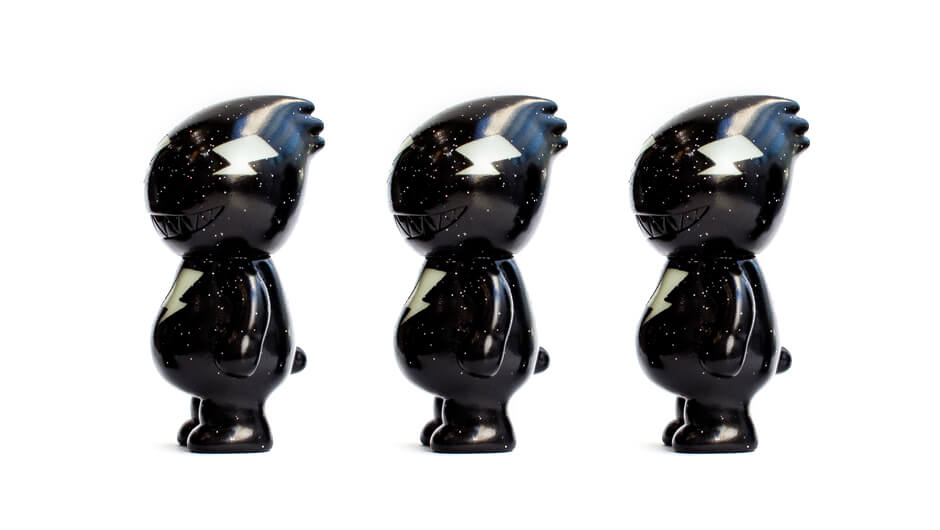 Thunderbolt Bastard measures 7cm and it´s made out of japanese soft vinyl. It´s a limited edition and you can get it HERE for ¥3,500 (£22).

On other good news, Studio Uamou will start the sale of Big GID Ultrauamou, Gunmetal Ultrauamou, Black on White Ultrauamou and Inversed Ultrauamou at the Atelier Shop and Online Store at the end of this month. 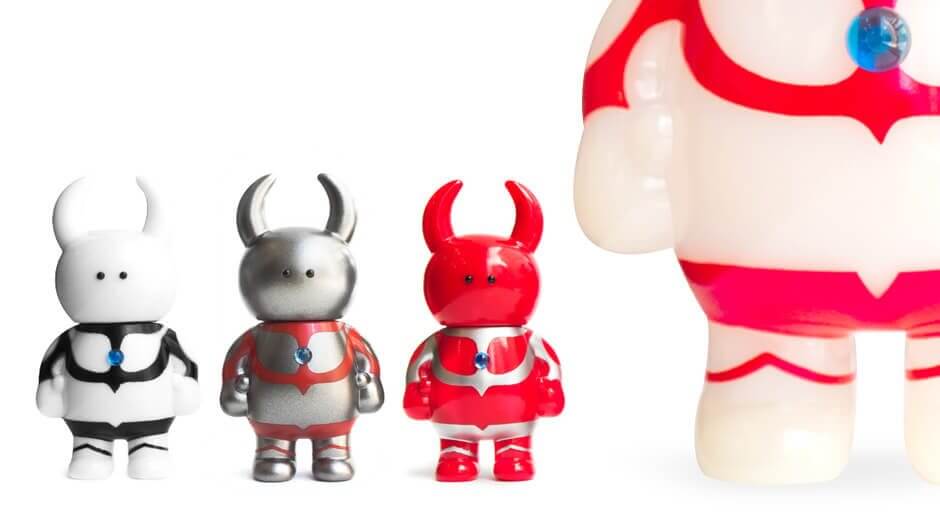 They reassured all those interested that the sought-after Ultrauamou will be available starting April 28th right after the TCJ event is over. So, nice one Studio Uamou!