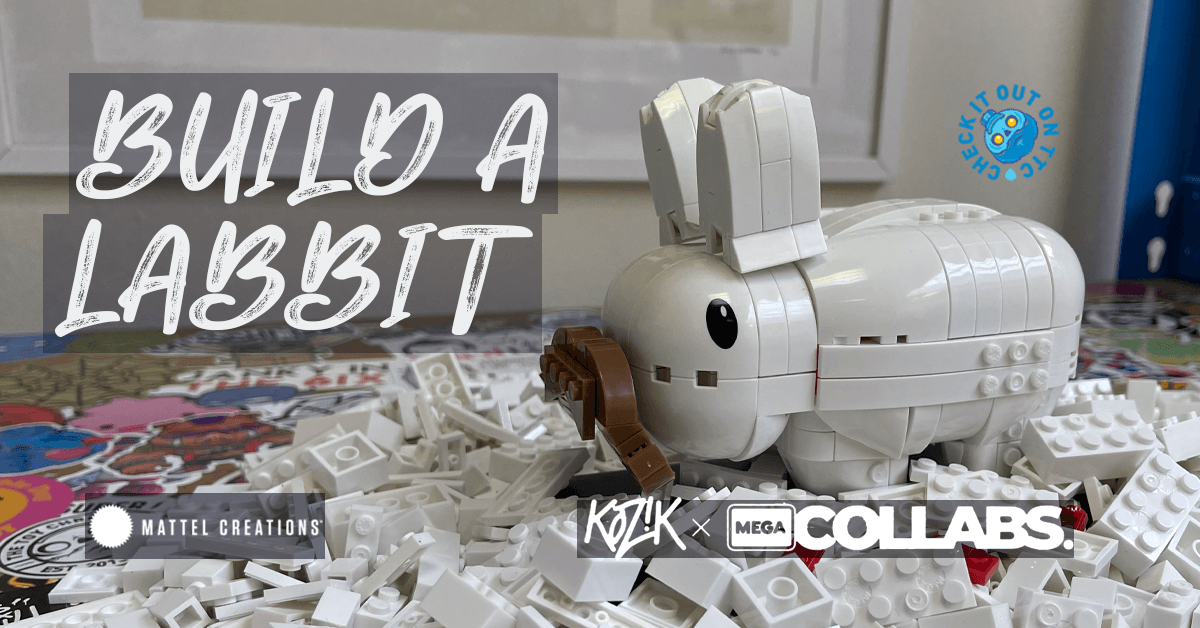 If you happened to catch our live stream yesterday (on Facebook, Youtube and Twitch), you would have seen that we built the new collab between Mattel Creations and Frank Kozik, the MEGACollabs LABBIT! It was quite the spectacle too! Have you ever seen fat fingers trying to piece together Labbit feet after two beers? It was pretty special times, but don’t just take our word for it, you can watch the whole stream below!

This new collaboration bringing the iconic Labbit to life in a new form was a SUPER fun build. We completed it in about two hours, which we were kinda expecting, but we did have a 30 minute period where we couldn’t figure out what we were doing wrong with the feet but we got there in the end! This limited run of Labbit consists of 361 pieces and when completed, it stands at 5inches tall.

Available to purchase on the Mattel Creations site, using the button below. Each priced at $50+shipping. We understand that these will sell out soon, so don’t miss out on this collaboration. We want to see you guys building your own Labbit in the near future!

Oh you better believe that the Labbit had a butthole included too, it wouldn’t be a Labbit without a butthole, right? The MEGACollabs Labbit also came with a few accessories too – a moustache OBVIOUSLY and a popsicle too! There was a secret accessory too, which we had help finding during the live stream, which we proceeded to stick in the Labbit butthole… you’ll have to watch the live stream to find out what the accessory is!