In remote Antarctica, a group of American research scientists are disturbed by the new resin mini-figure series from Pickman’s Vinyls. Based on John Carpenter’s The Thing, with a style influenced by Monsters in my Pocket, Trash Bag Bunch, M.U.S.C.L.E, and other classic monster mini-figures from the 80’s and 90’s. Pickman’s Vinyls will be dropping the first of THREE resin releases tomorrow.

Available from 8pm CST tomorrow (11/1) which is around 4am GMT on 12/1. No details on price at the time of writing, but you’ll be able to purchase HERE.

Each month will see the release of one new, limited edition mini-figure, cast in a solid coloured resin. Each release will come bagged with a header tag and include a blood test point. Collect three blood test points and mail them in to receive an exclusive “Thing Revealed!” Kit including a sticker, trading card and an all new minifigure (details to follow soon). 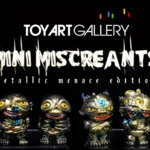 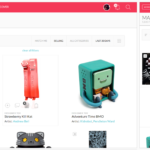