After a couple weeks of teasing,  The Lil’ Fox “O” (ORIGIN) are heading to JAPAN! OK LUNA × MERRY GO ROUND is all set to debut both JOHN & YOKO’s space diary the mini JOBI THE MOON FOX at Wonder Festival Summer 2017. Check out these two cosmic soft vinyl figures. Plane ticket for TTC please! 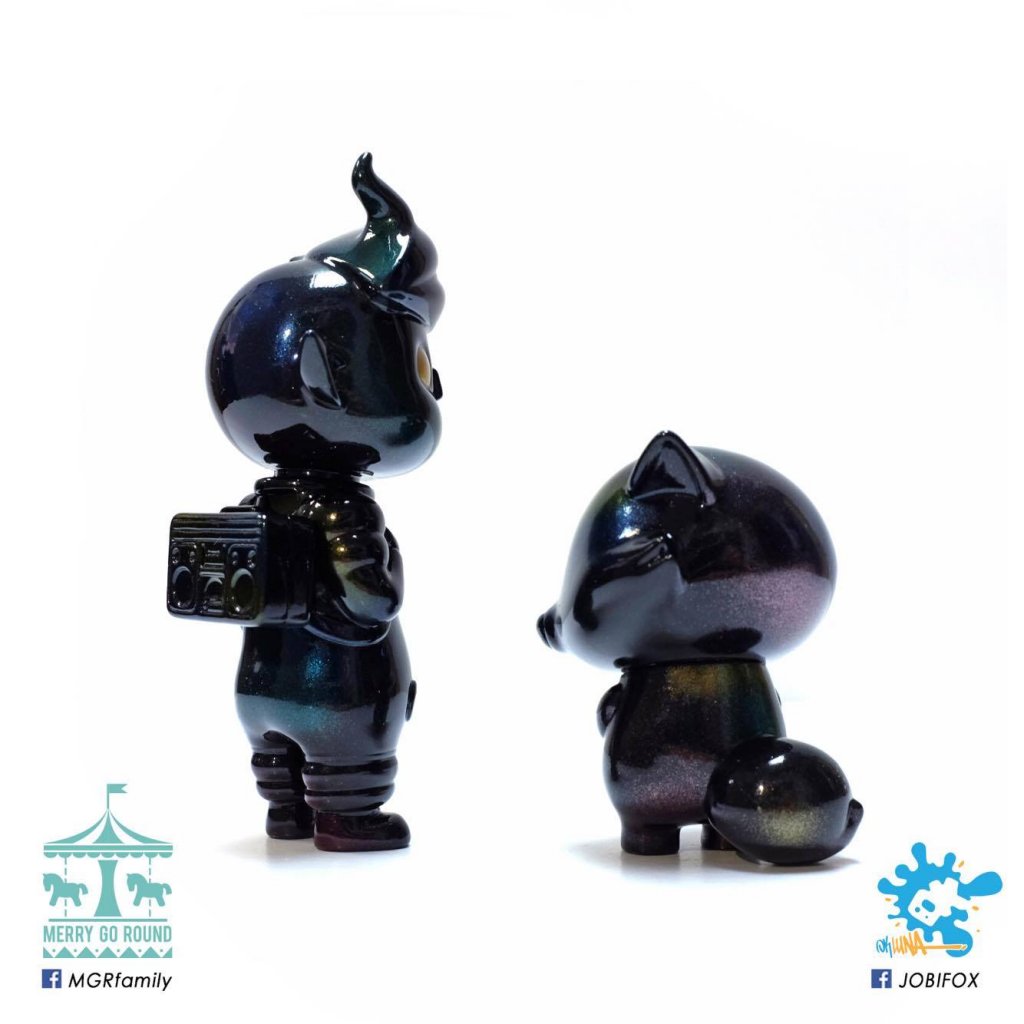 I had made a new friend today, though, seemingly, he didn’t belong on this planet.

If a metaphor has to be made, it looked like a species on planet Z017 named “Fox”. However it could stand with rear legs and float in air. Also he had no fixed colour on his body and his hair colour changed constantly, like the universe, which was obsessive. I gathered data of it with my spacesuit and changed my appearance into a creature looked almost as same as it.

It said it has no families nor friends, not even knowing its name and reason to be born. It has existed on this planet before it knew anything thus it wished to learn more about this world by travelling.

It seldom talked even when I was traveling with him. When I wanted to to take a rest he has vanished all in a sudden.

It was so confusing — had I known this friend or it was merely a fantasy. Space is big, life is short. –John

Written under million of stars 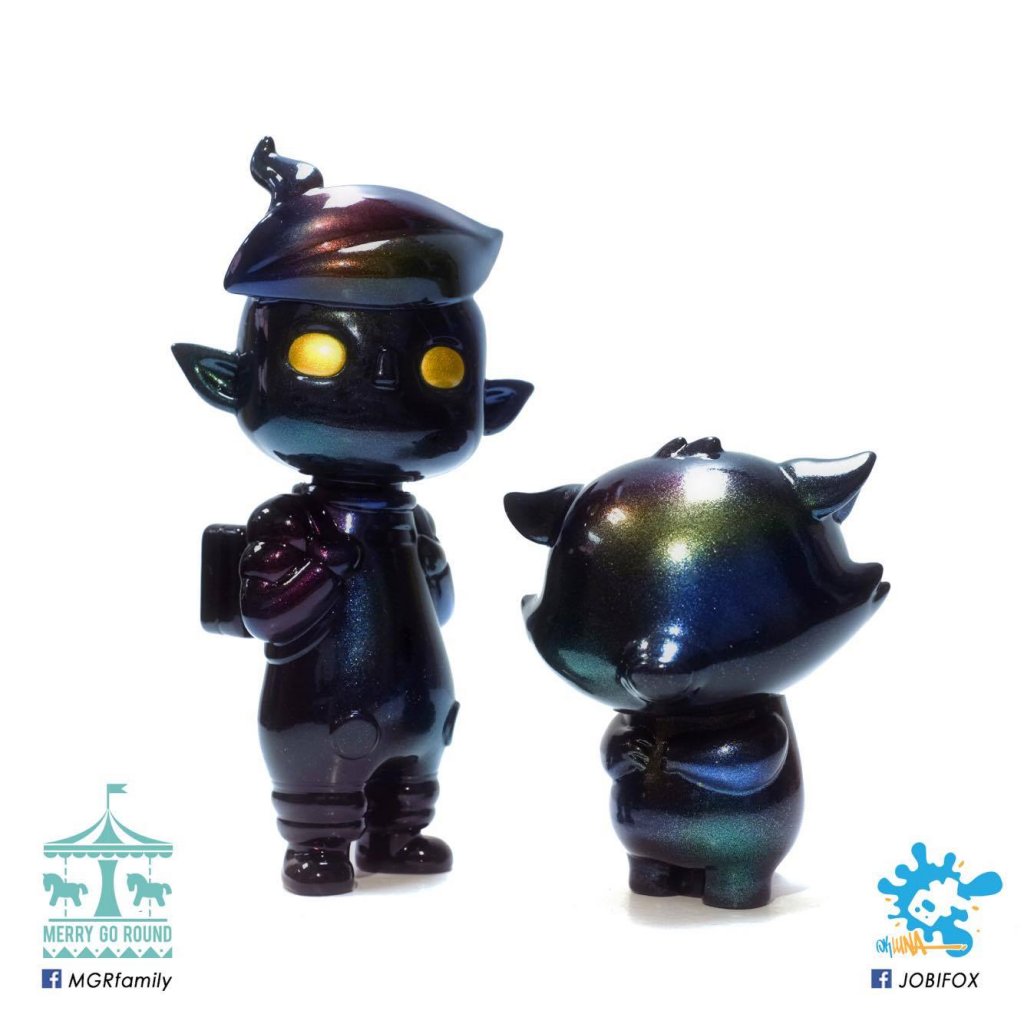 Looks pretty cool in the smaller version, definitely cuter and the space companion JOHN & YOKO’s space diary will be another interesting release from Merry Go Round brand. If you’re lucky to be heading to Wonder Festival find Merry Go Round booth at Booth No.: 7-10-16.

The question now is, when will we see JOHN’s partner YOKO? 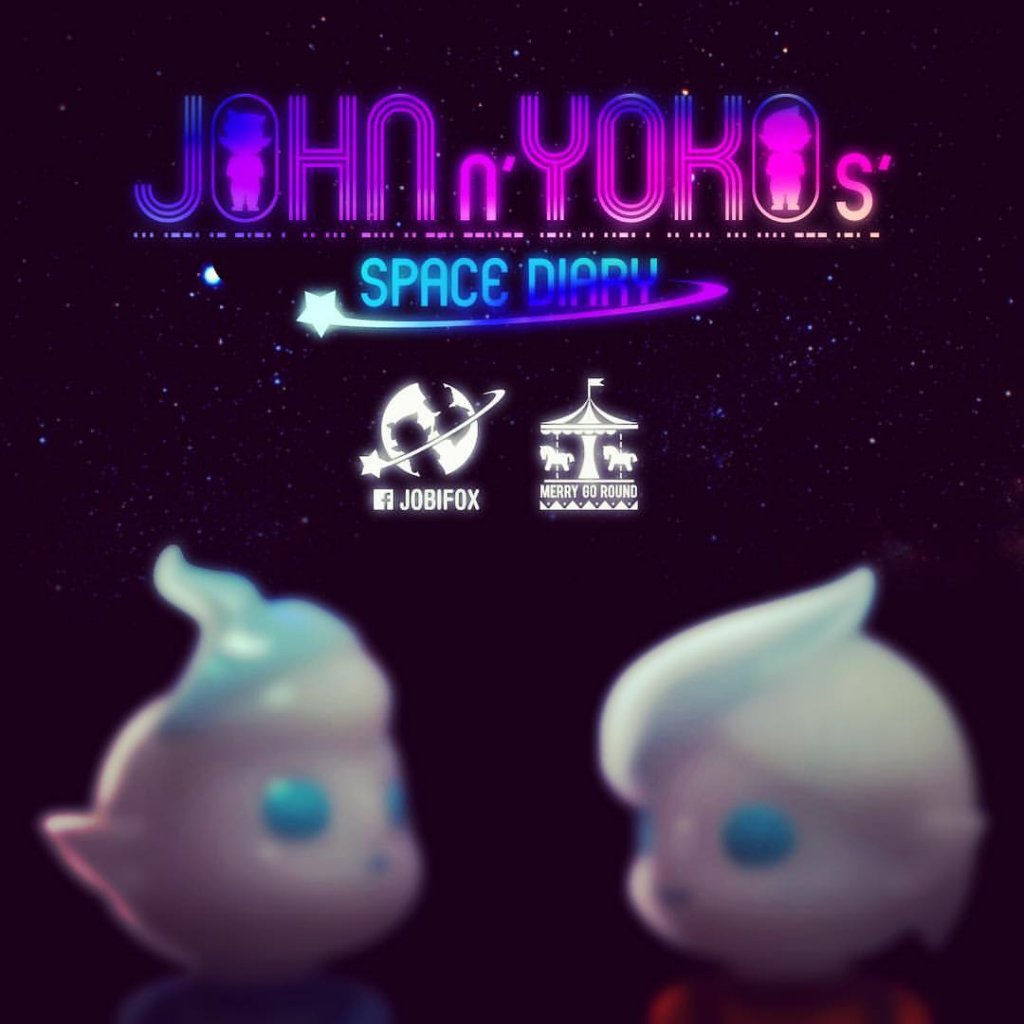 Merry Go Round now has a Facebook page HERE.