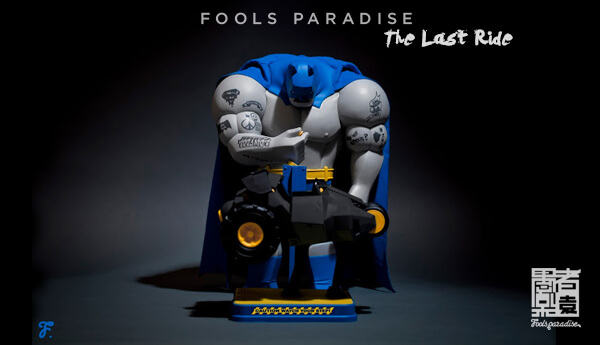 Here we have it, The Last Ride by Fools Paradise. We were lucky enough to see the early prototype at TTE  2016 and not the stage is set for the actual release, judging from the photos the release looks better than expected. Similar or exact from the coin ride series Fools Paradise knocks on Batman’s door and gives him Fools Paradise treatment along with the cutest tumbler Batmobile . We recently gave our review and 2cents of the previous Fools Paradise release DARKSIDE K.X1 COIN RIDES GAME #3.

Will The Last Ride really be the last in the series from the “Coin Ride Game”? Who knows, all we know it’s been a fun series from Fools Paradise.

Fools Paradise are really pulling out all the punches with the smaller details like the cape made from cloth and the tattoos have great details.

The Last Ride will make it’s debut at Taipei Toy Festival 2016 and then release online after. 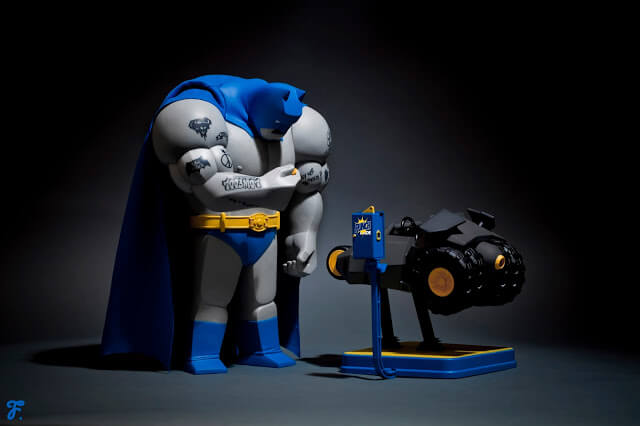 Also don’t forget to go check out Fools Paradise on Facebook, Instagram and their Blog HERE to keep up-to-date with all their releases. If you missed Fools Paradise Prototypes at Thailand Toy Expo 2016 check some of them below.