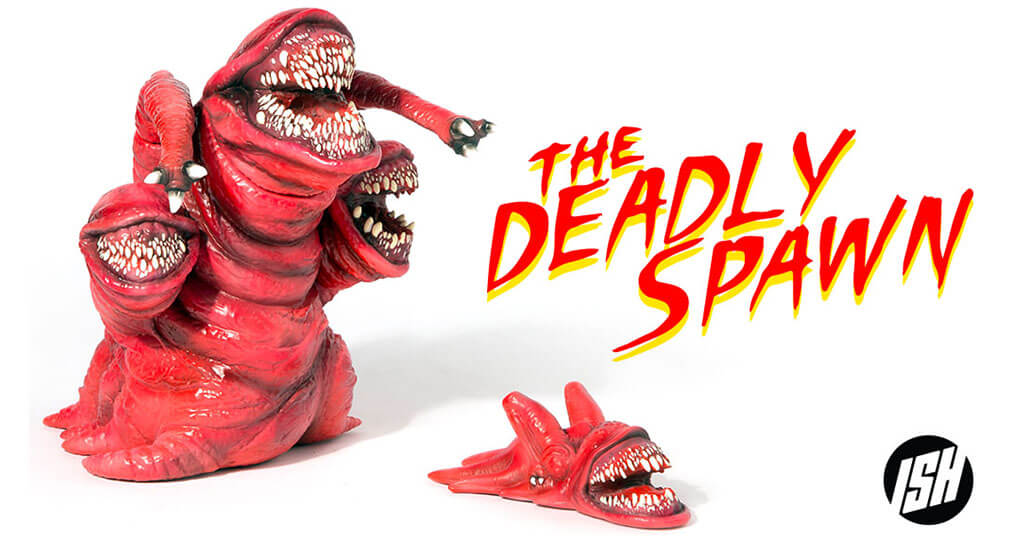 About one year ago Justin Ishmael presented thefull grown version of the infamous alien creature THE DEADLY SPAWN read HERE! A Officially Licensed Vinyl figure in a kickstarter campaign. Now the infamous alien is available for those who missed it. The Officially Licensed Vinyl figure for the 1983 Horror Classic is up for grabs in several different versions.

And a series of one-off for the deep pockets!

All available right now at www.justinishmael.com.