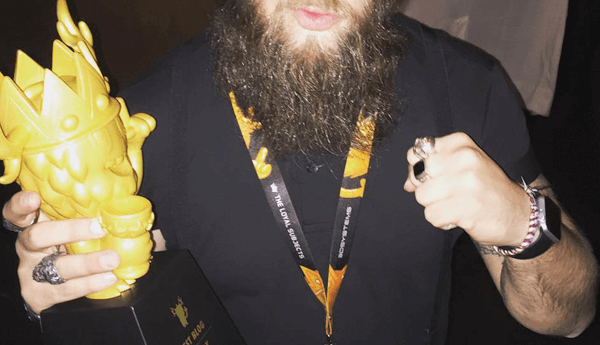 You guys are simply the best. No doubt about it. Last night at The Designer Toy Awards, The Toy Chronicle won the Best Blog award and we couldn’t be any more proud. It was a rather epic night. We want to first thank Clutter Magazine for putting on an amazing ceremony. Best Blog was the first award announced during the evening, so we didn’t have to wait long to learn our fate. We had spent the day with SubUrban Vinyl at their NYCC booth. Supping cold beers and chatting shizzle about Designer Toys. So it was an absolute pleasure to find out the Rob L & Rob L from SubUrban Vinyl was announcing the Best Blog Award. We won’t lie, we were nervous as hell beforehand, but we had no idea that we could actually win the award. When Rob L announced The Toy Chronicle as Best Blog winner we were stunned. Giving our acceptance speech, we’ll be honest, we didn’t expect to win so didn’t put together a speech. Getting up in front of everyone so early in the night was tough. We think we mumbled something beautiful. It wasn’t beautiful. 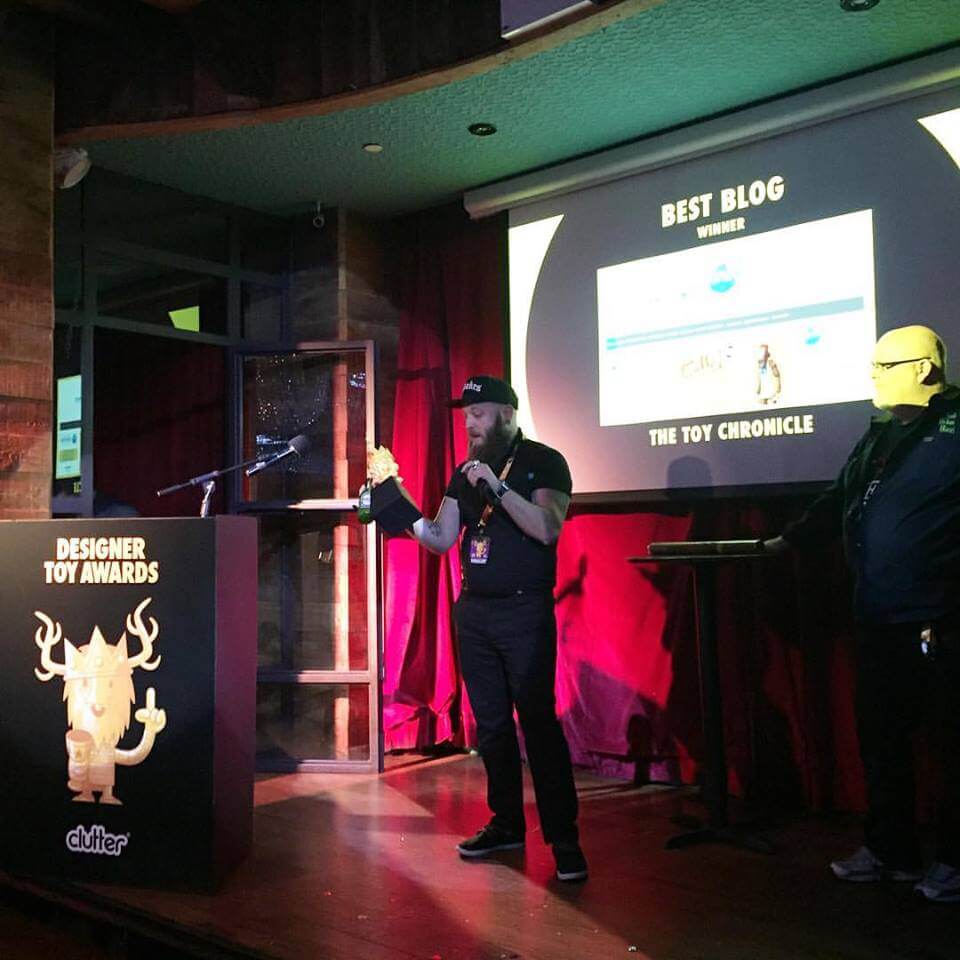 It was a real honour to win this award. Now that we’ve had some time to process everything, we want to pass our thanks to a whole bunch of people that we love. First of all, we want to pass our love & thanks to the other five blogs that were finalists. We love what Toyrevil, trampt, Low Brownie, Spanky Stokes & Vinyl Pulse. We know how much hard work everyone puts in to their blogging. We couldn’t be prouder to be within this group of blogs. Much love. 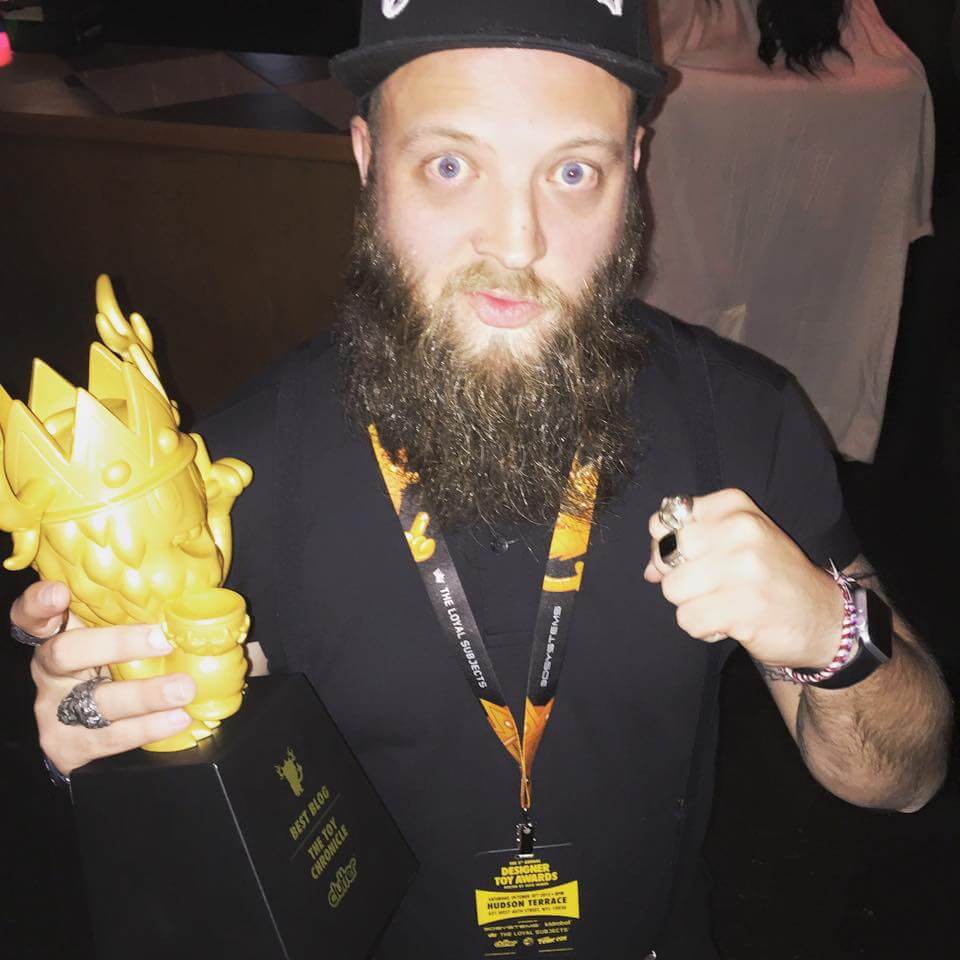 We also want to send our love to the founding group of The Toy Chronicle. Matt, Rich, Rob & Evan. We set up TTC two years ago now and these guys helped get us up & running. Life can easily get in the way of blogging, it’s not easy, but they did their bit to start something beautiful. Much love.

We totally didn’t forget about Andy AKA BigToyPoo. He is an absolute hero. We love him. You love him. Everyone loves him. If it wasn’t for his love & support I doubt that we’d still be where we are without Andy. He is constantly thinking about how he can improve the UK Designer Toy scene. Brother, we love you. Much love.

I want to show my love for The Toy Chronicles’ biggest fan & supporter. My mum. Our hugest fan, liking, sharing, retweeting. Buying badges, donating to help us out. So much appreciation for this. Much love.

Both Andy & I have invested so much time in to The Toy Chronicle. On top of real-life jobs too. We love it. All this time thought distracts from our beautiful better halves. We send our love & appreciation to May & Gemma. They are our rocks by our sides. Standing by us both and helping us out where we need the support. We certainly wouldn’t be anywhere near where we are without them both. Much love.

Lastly, we want to thank each and every one of you. Everyone that reads The Toy Chronicle. Everyone that voted for The Toy Chronicle. We simply cannot put in to words how much we love you guys. You, yes you, mean everything to us. We set out two years ago to create something beautiful for you. We wanted to create something that would allow us to show you all a new side to the Designer Toy scene, showing you new artists. I think we are doing this on a regular basis and we honestly love it. Nothing pleases us more that introducing a new artist, and everyone loving them. Much, much love!

Back to last night, here are a couple of great pictures from artists that we were able to meet. The scene is full of beautiful people, and meeting those at the Designer Toy Awards was amazing.

Thanks to Peter Kato for this photo with Agent Wednesday, Jason Limon and Amanda Kang. 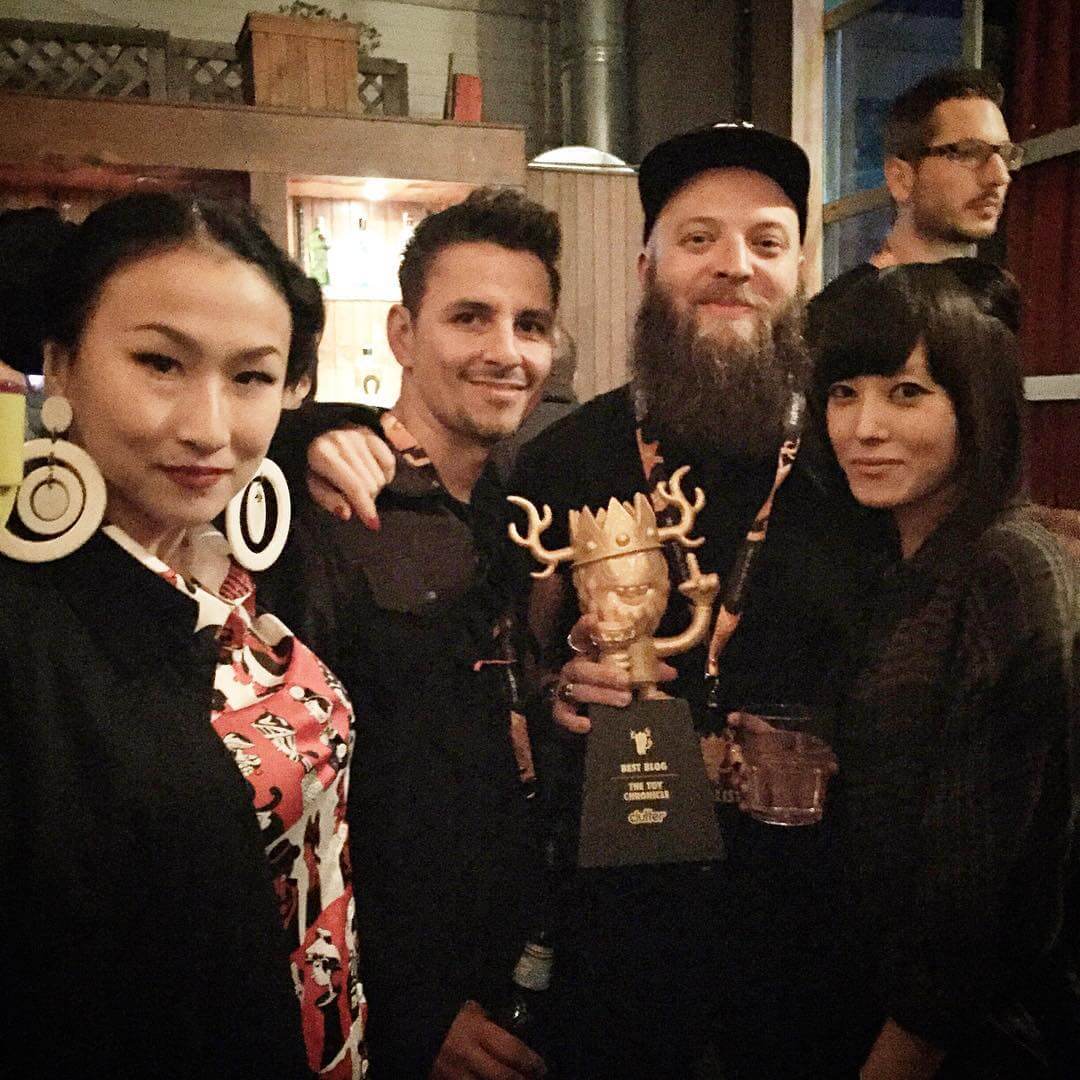 Thanks again to Peter Kato for this pic. Loving life with Inami Toyland and Seulgie. 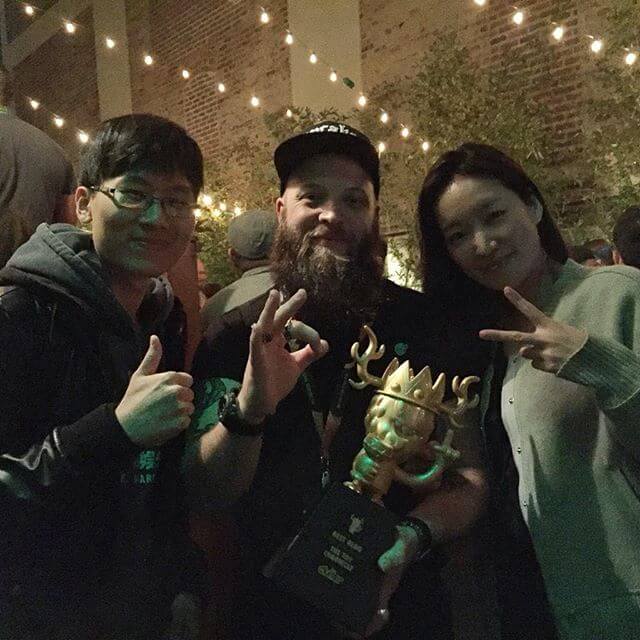 Finally we have a pic from later in the evening, a few beers & whiskys may have been sunk. We were hanging with Galen McKamy and Huck Gee (with Huck’s assistant Jazmin). A great bunch of folk. 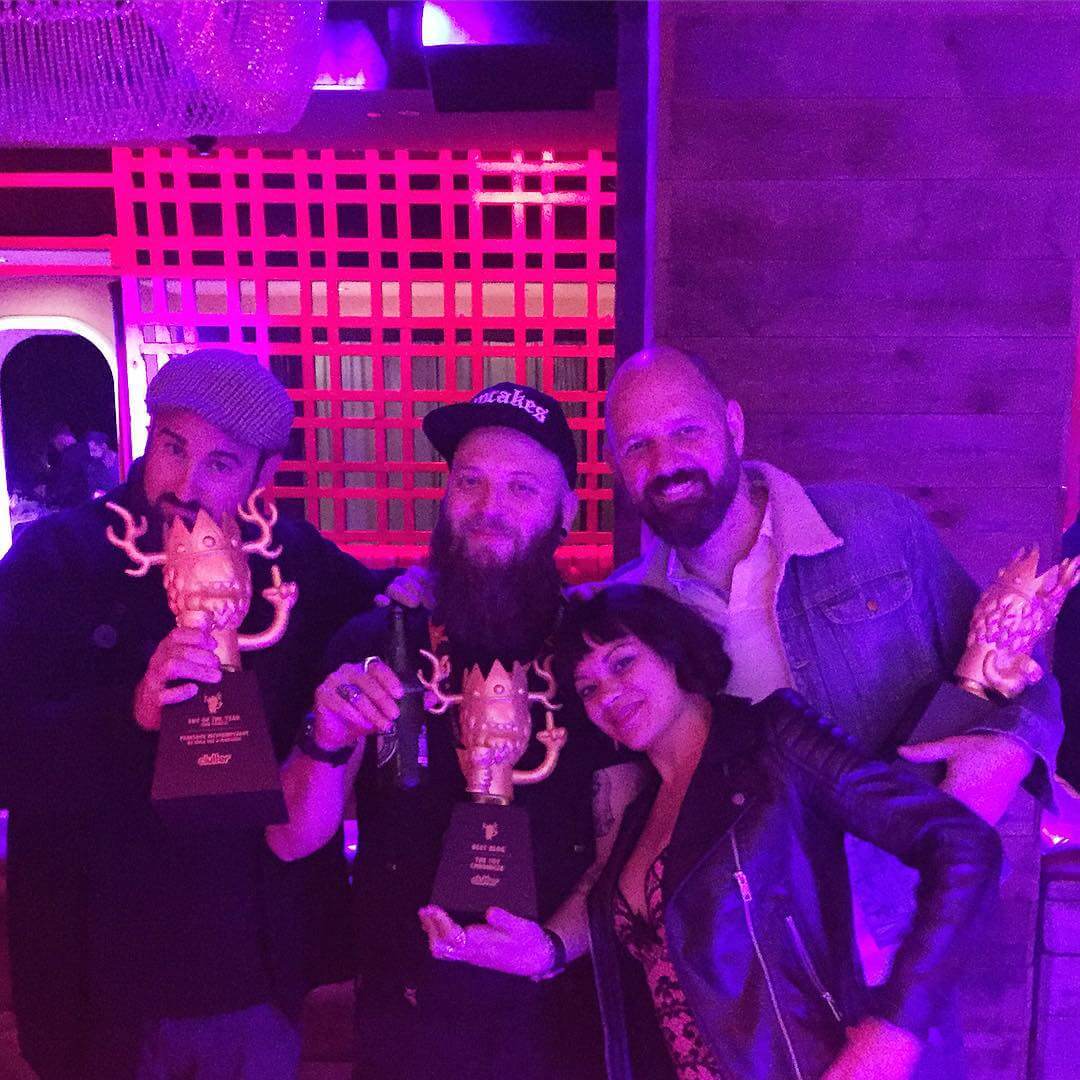 An amazing night. Thanks to everyone that have thanked The Toy Chronicle over the last 24. We really do appreciate it. Much love x