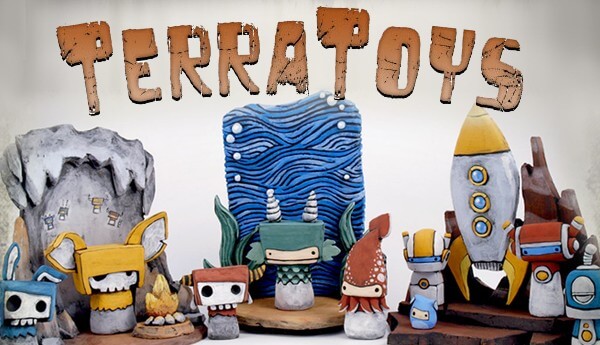 A new Kickstarter from Mudmonkey has begun, and it’s already flown passed its funding goal![frame align=”center”] [/frame]TerraToys is the new Ceramic Art Toy project by Simon ‘Mudmonkey‘ Boses. You may recognise the bright, cartoon-like style from his previous, and very successful Kickstarter project, TerraNauts. [/frame]Within 24 hours of its launch TerraToys had already reached over 250% of its funding goal, which is excellent news for Simon and his backers. [/frame]Though similar in style, the colourful TerraToys are a whole new range of ceramic toys, made from a technique that Simon discovered is not only durable but much faster to dry too!

Excited? Then head over to his Kickstarter page and show the TerraToys some love!