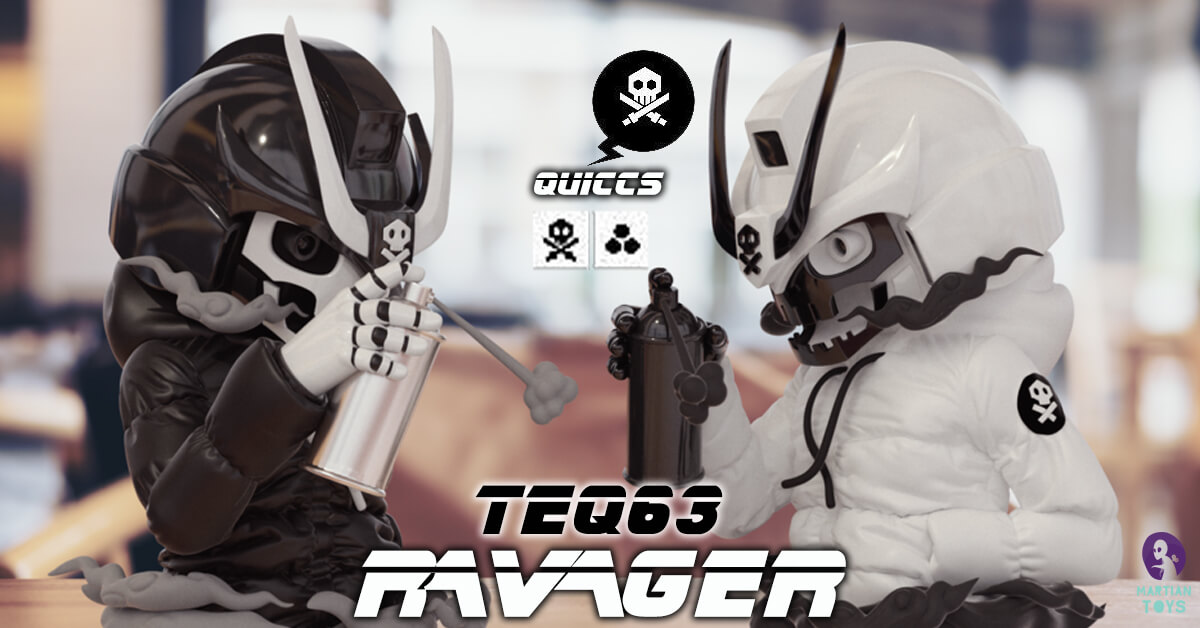 For those who snoozed on the pre-order for TEQ63 Ravager Black & White by Quiccs x Martian Toys 2nd round INCOMING in a matter of hours! Back in February, Quiccs x Creon Chkn Head caused chaos when vectors of the RAVAGER TEQ6 was uploaded on all social media! Creon Chkn Head incredible vector artworks join up with the boss man Quiccs once again with collectors and fans wanting the vector to be a print or on a T-shirt. TODAY, we bring you even better news, today you’ll get the chance to own the remaining stock of the OG Black & OG White RAVAGER TEQ63! No bullshit check it out yourself below. Putting urban back into designer toys.

He waits for brooding…plotting…The unlocked door, the unchained fence, the open lane. It’s his turn. His time. He is the future.

Ravager – the corrupted incarnation of TEQ63 from another timeline. Summoned by the Robotic Hive through a dimensional breach, Ravager’s quest is to find and kill TEQ63 and his team of rebel soldiers in secret, taking over his identity and luring the humans into their future demise as their false saviour.

Martian Toys presents Ravager by Quiccs. Ravager is the arch nemesis to TEQ63. Entirely synthetic and programmed to take over the world. This half torso is ~ 7.3″ tall and is a full vinyl production. Each Ravager will include a special authenticity card signed and numbered by the artist, Quiccs himself. It will also include set of stickers for the spray can that you choose to apply or save for a rainy day in 2029… Be on the lookout for separate can sticker packs too!

There are 6 authorized World Partners for the preorder window and customers are encouraged to shop regionally : ) 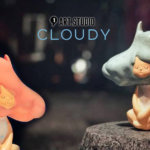 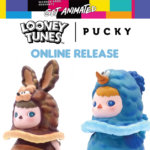