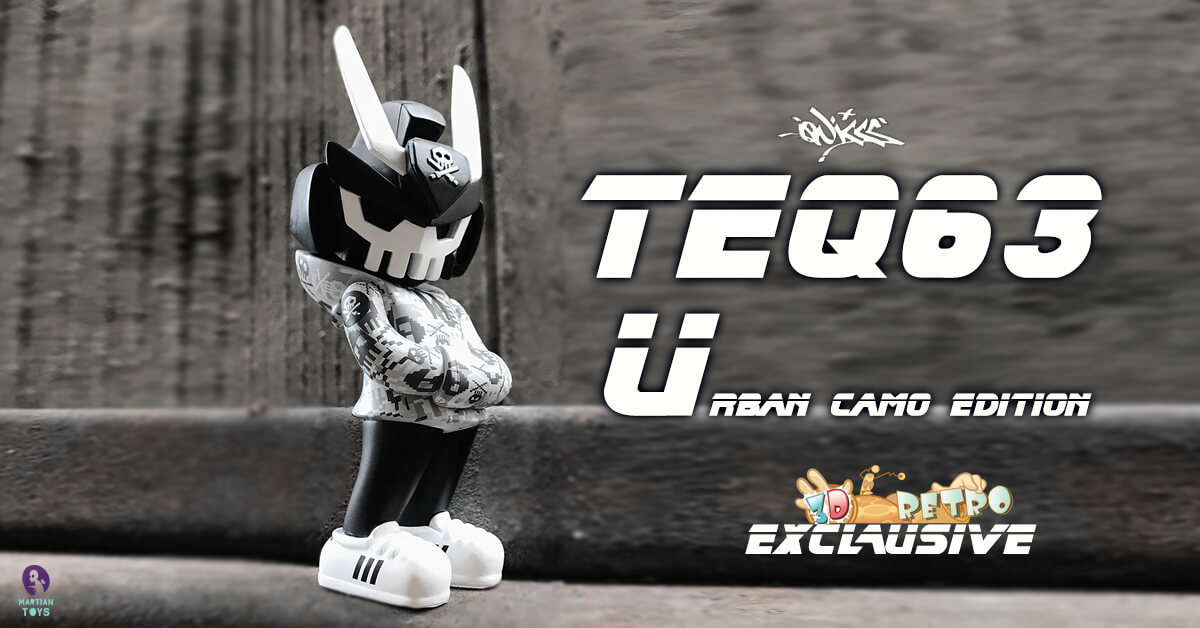 Todays the day when 3D Retro launches their EXCLUSIVE Urban Camo Edition TEQ63 by Quiccs x Martian Toys. Includes two sets of articulating arms (folded and outreached). Blister packed in a box with spot varnish and shrink wrap for your sanity. Should we expect urban warfare as there’s only 100 available!

As wars against the ruling sentient machines are waged, one of the mythical soldiers who has emerged and has sparked hope and morale to the human survivors is an enigmatic individual people know as TEQ63. He has been known to have inhuman speed in battle and is known to have one of the highest kill-counts of enemy units in skirmishes. It is believed that TEQ63 has acquired some of the robotic technologies that the enemy machines have been using against the humans. He wields a custom-made butterfly-knife style sword people have nicknamed the “Balisword” and has been seen to be assisted by a robot k9 unit scout in battles. The man behind the signature helm this soldier sports remains a mystery, as he is believed to be part of an enigmatic group of elite soldiers who remain secretive and covert.

Includes two sets of articulating arms (folded and outreached). Blister packed in a box with spot varnish and shrink wrap for your sanity. 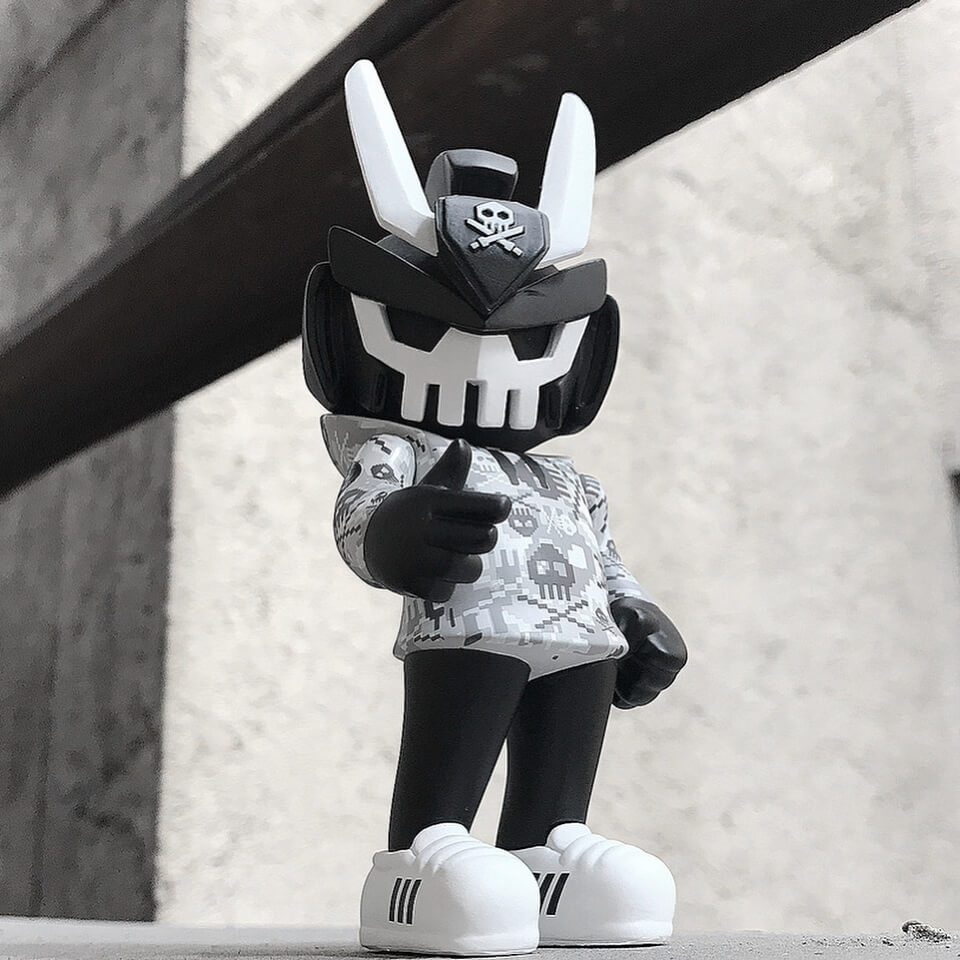 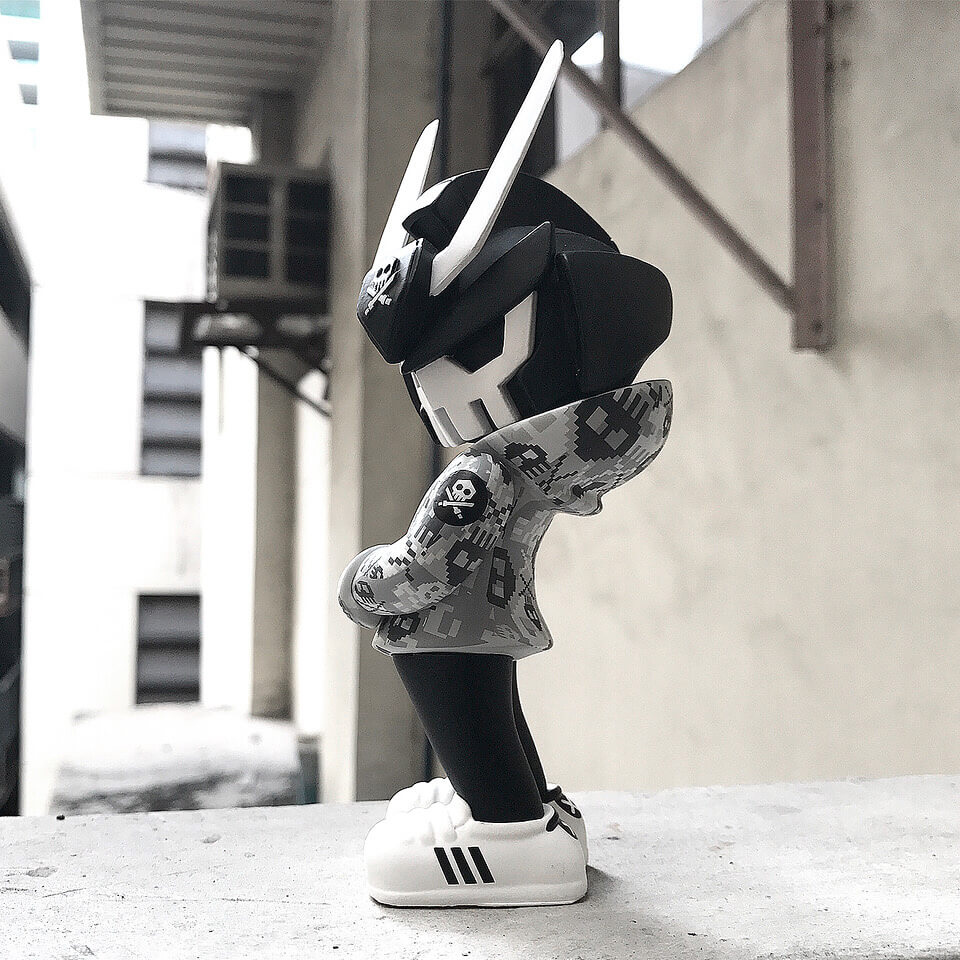 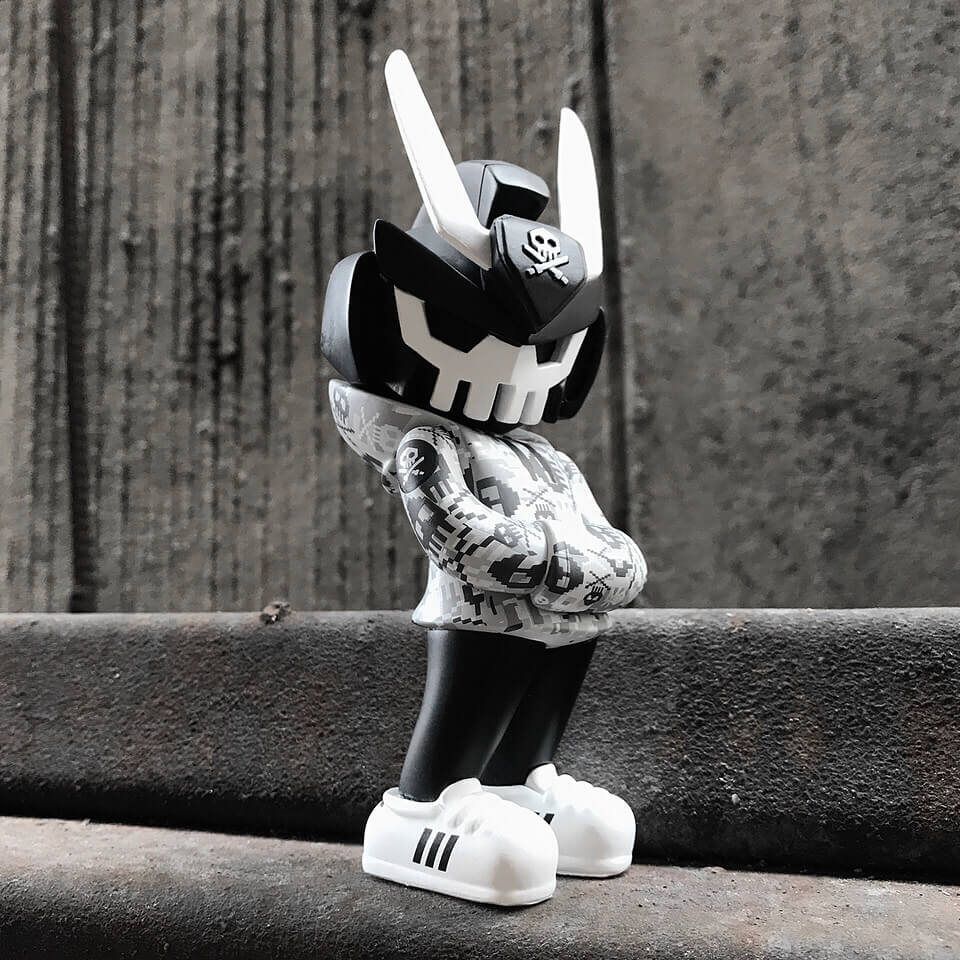 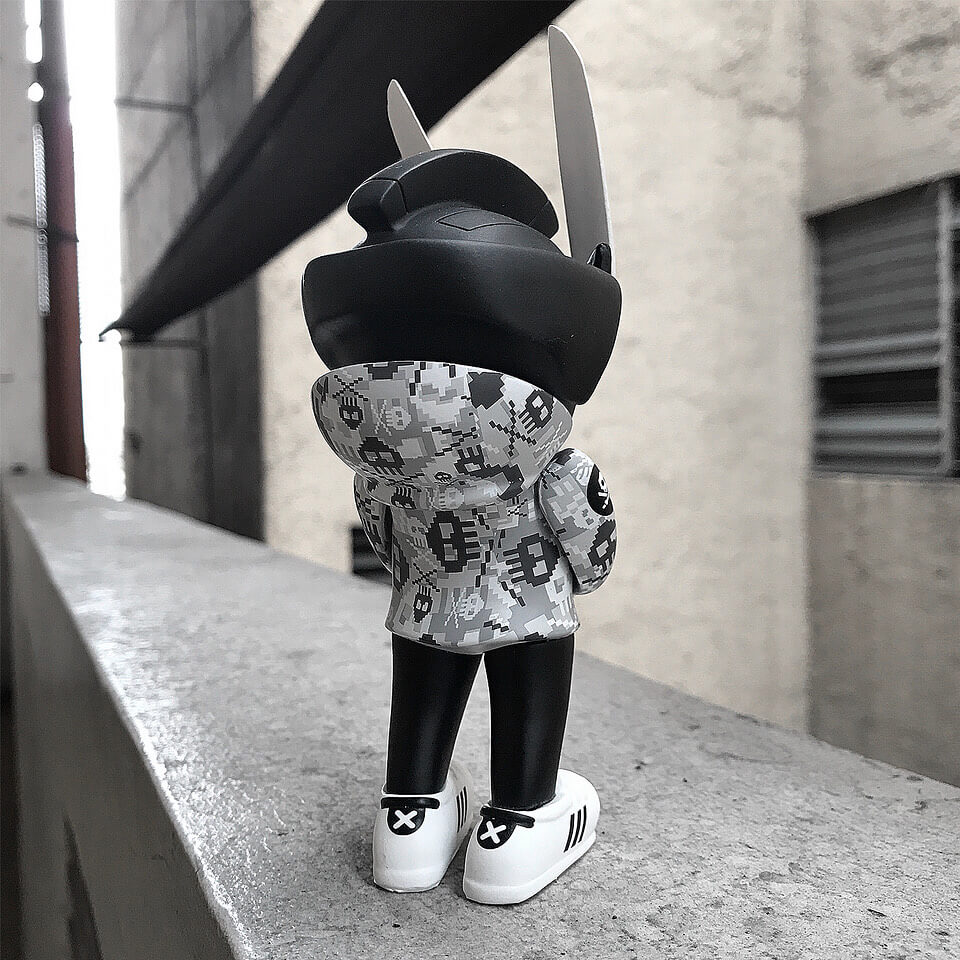 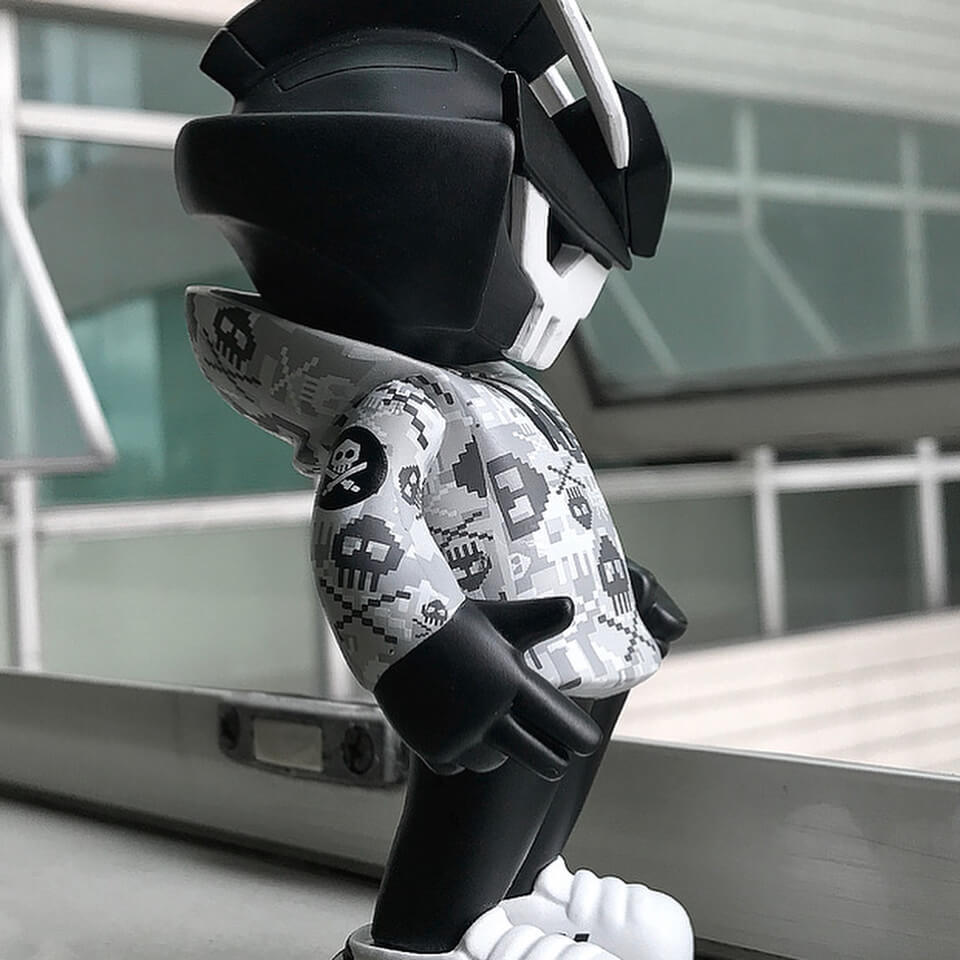 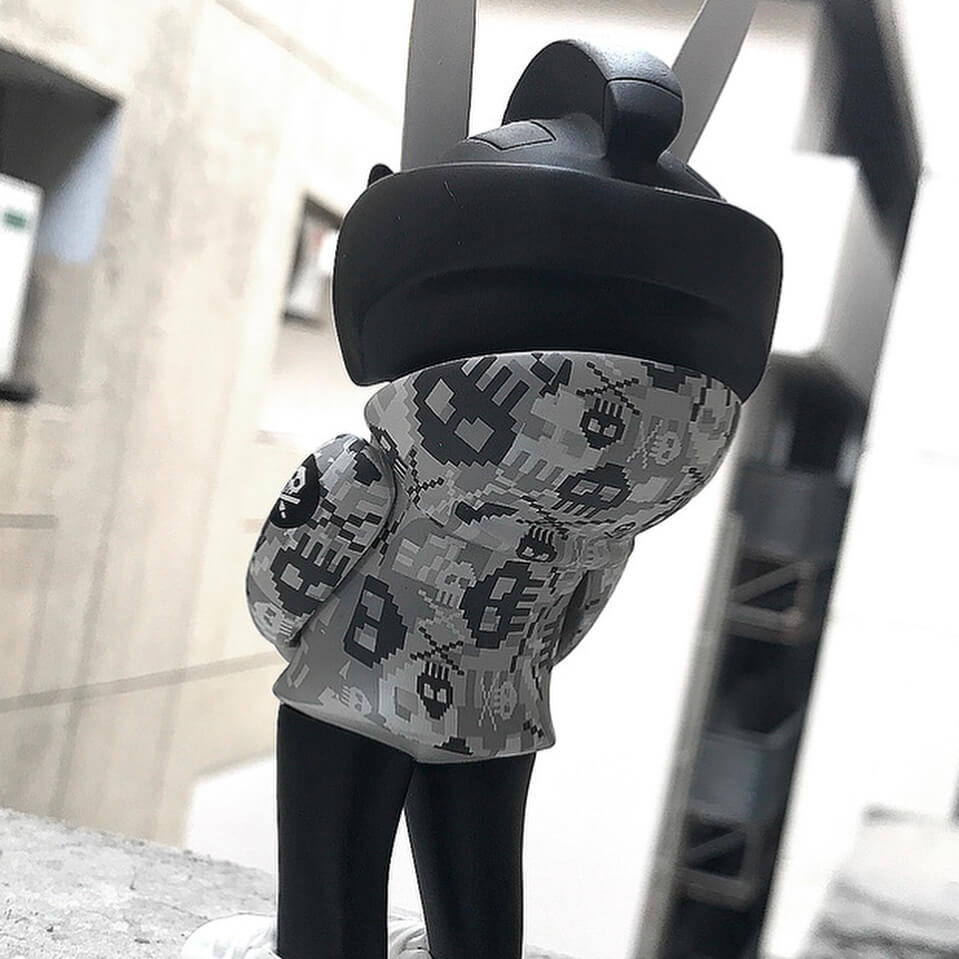 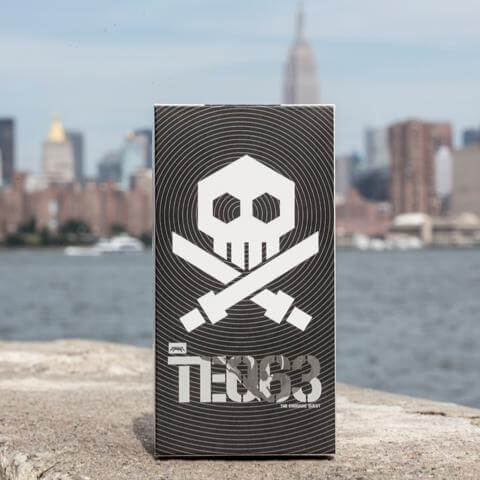 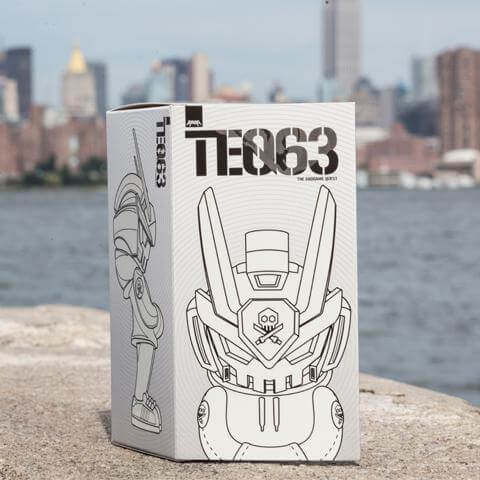