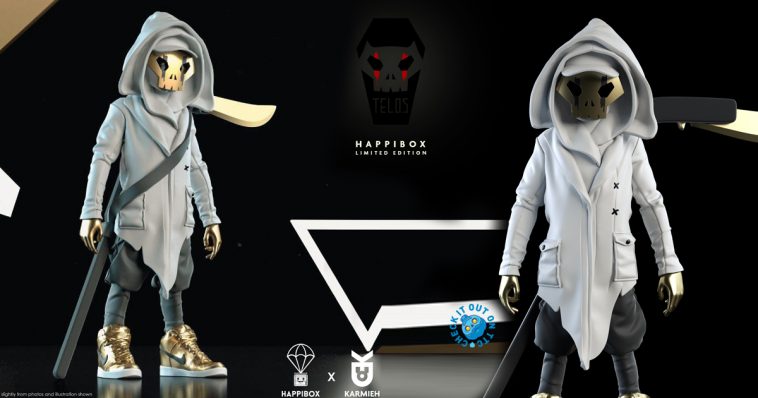 A little bit of the West heads to the East as Télos by Karmieh Industries makes a return! Some say it’s a rebirth, we class it as the evolution as the next chapter is here! Telos-origins begins the next chapter and blessed HappiBox with an exclusive colourway edition, only limited to 25 pcs worldwide. Armed and pretty dangerous, Karmieh Industries has equipped TELOS with some serious Scythe & Machete and street-worthy outfit to match.

“Meeting death is better than trying to ignore it. Abandoned when he was just an infant, he grew up on the streets and survived doing petty crimes to stay alive. On a freezing night, he died while sleeping on the streets. But Death saw something in him and decided to bring him back to start training as an apprentice.” 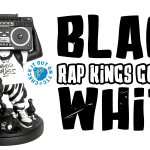 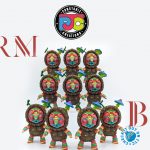