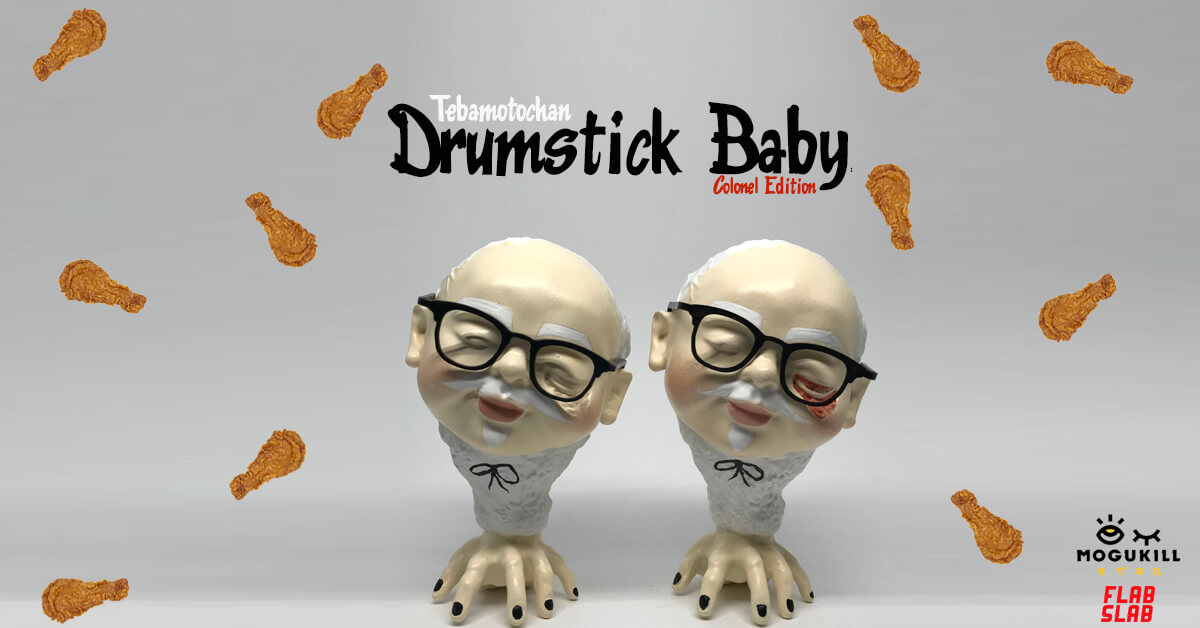 Do you like Leg or breast more on your chicken? Mogukill ain’t giving you a choice as Zan Cheong aka zcxz customs a batch of Mogukill’s “Drumstick Baby”. Some might say finger licking good, HA. Back in 2017,  Tebamotochan/Drumstick Baby which is powered by FLABSLAB. Mixing food, old skool death doll figures and hands to stand makes The Thing from Adams Family look like a harmless pussycat. Food and toy combo at its scariest and dam right darkness now zcxz has given Tebamotochan Drumstick her spin on things that will change the way you will see things next time you enter the Fried chicken shop.

Tebamotochan Drumstick Baby is an original design by @mogukill. Inspired by our favourite fried chicken, this Colonel baby is specially painted by @zcxz. Each baby comes with its own pair of removable laser-cut acrylic spectacles.