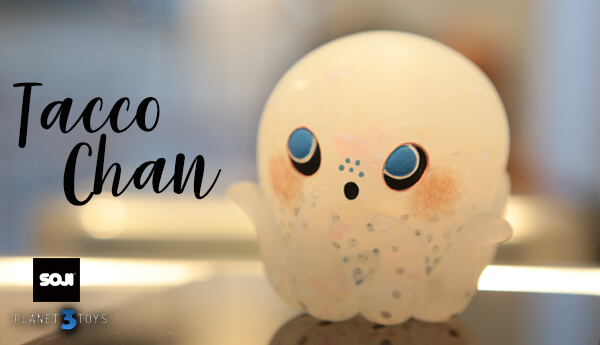 CUTEEE! You love the Japanese street food Takoyaki, well this little 8 legged munchkin won’t be going anywhere near a Takoyaki grill. Meet Tacco chan! Brainchild of Ariel Chao and powered by the fine folks at Planet3 Toys. Nice first release from Ariel Chao who owns Soji, a geek chic boutique with an online store in beautiful Vancouver, British Columbia now has her store logo come to life in this little resin figure.

Before opening Soji Gifts and Collectables, Ariel met David, the other founder of Planet 3 Toys, as a co-worker on the My Little Pony feature at DHX Media. After they discovered their similar interest in collecting toys the rest is history- Ariel 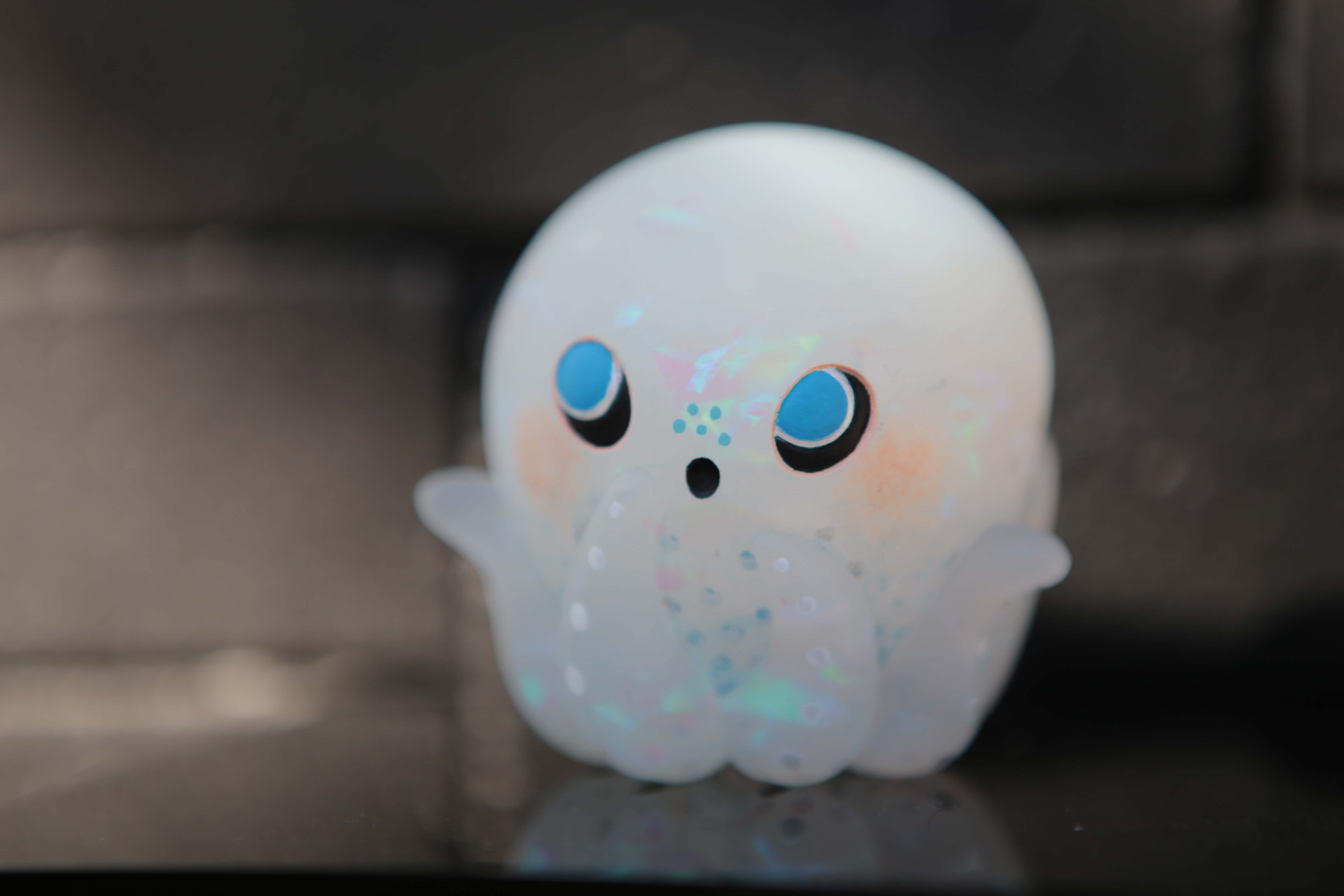 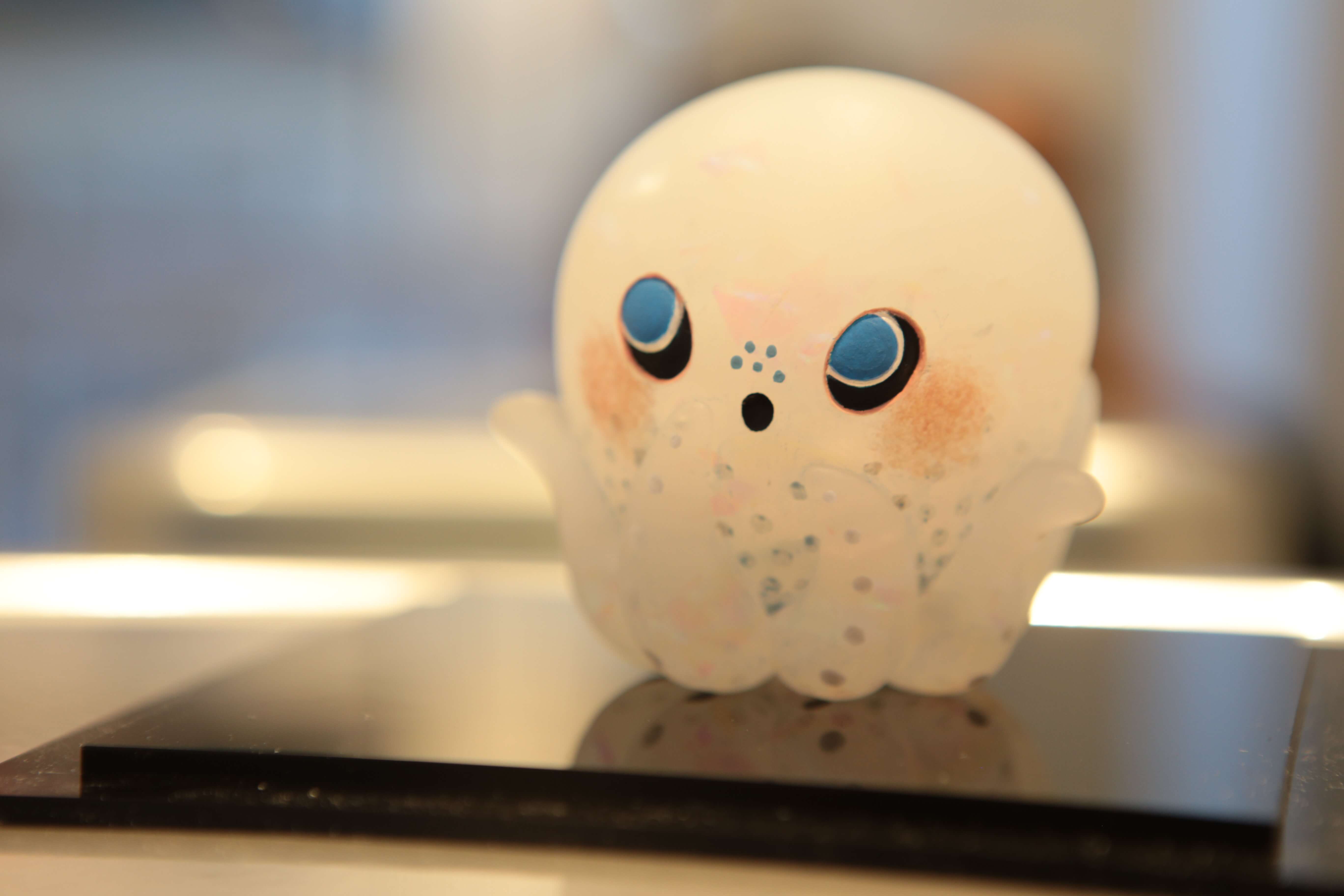 8- legged friend stands 3″ tall and is hand cast in a clear resin tinted a milky white with iridescent cellophane by Rocketman Props. All gorgeously hand painted by Maki Fujimoto, one of the founders of Planet 3 Toys.

EDITION: the first run is limited to 10 resin figures