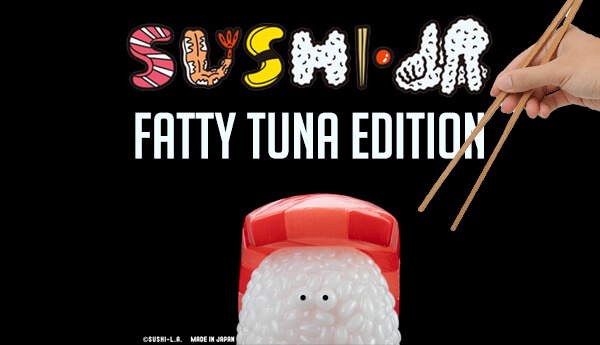 Sushi L.A. was born from the bizarre chemical reaction of a normal piece of sushi with an experimental super-spicy wasabi sauce concocted by an insane cook at a biker sushi bar in downtown Los Angeles. The sushi quickly mutated it into a savage (but cute) kaiju which then wreaked havoc on the restaurant.

By spraying other regular pieces of sushi with its Wasabi Fluid, Sushi L.A. can transform them into fellow Sushi Kaiju. However please note that this fluid is incredibly dangerous to itself, even one tiny accidental drop on its own head will kill it (meaning Sushi L.A. will revert back into a normal piece of sushi and be quickly devoured by restaurant patrons)

Sentinel proudly introduces SUSHI L.A. – the first release in our new sofubi figure line! This cute, deadly and delicious creature was born in a freak accident involving an experimental super-spicy wasabi sauce at a biker sushi bar in downtown Los Angeles. Designed by Japanese illustrator Nakao Teppei and produced by Japanese toy maker Sentinel, SUSHI L.A. is Sushi meets Kaiju in a mouth-wateringly cute design. At 11 cm (4 ½ inches), Sushi L.A. is too big to fit in your mouth but looks great in hand. The figure utilizes clear milky white Japanese vinyl to give the shari (rice portion) a well-defined texture while exuding a fresh and tasty look. Sushi L.A. will debut at Thailand Toy Expo! in both Maguro (Tuna) and Ebi (Shrimp) versions.

No release details have been leaked yet, but with convention season well underway we expect to see SUSHI L.A Chūtoro Fatty Tuna Edition be released fairly soon. Stay tuned for further info and full reveal. For now, check out the live stream from Five Points Festival where you’ll see some SUSHI L.A prototypes below.

Leave you guys with some SUSHI L.A past releases. 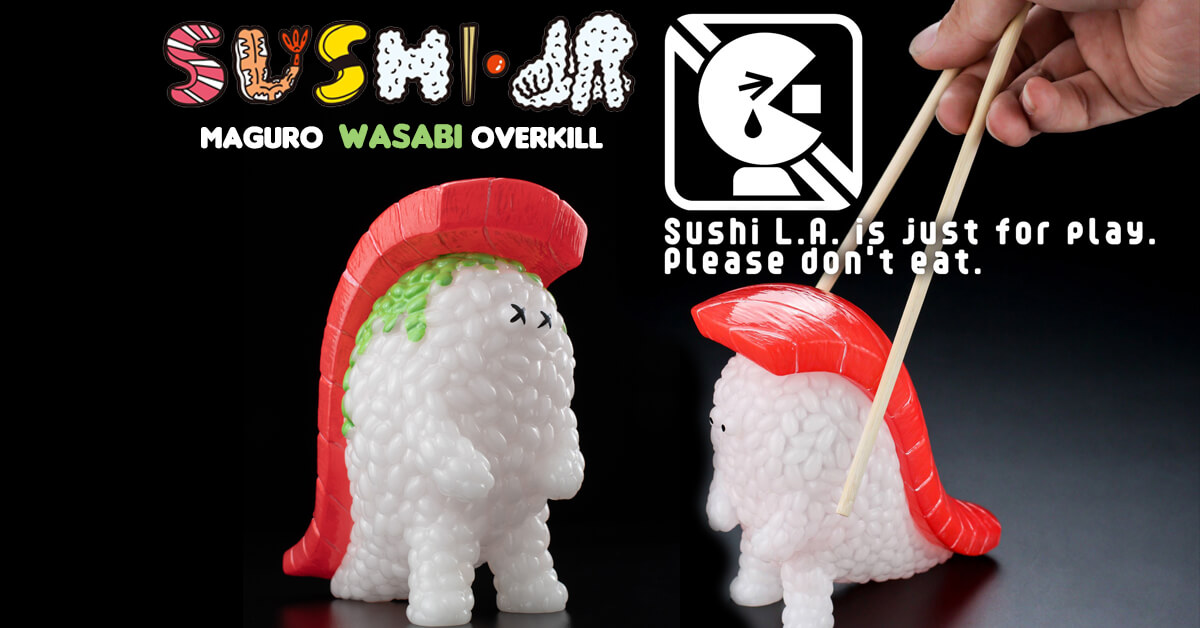 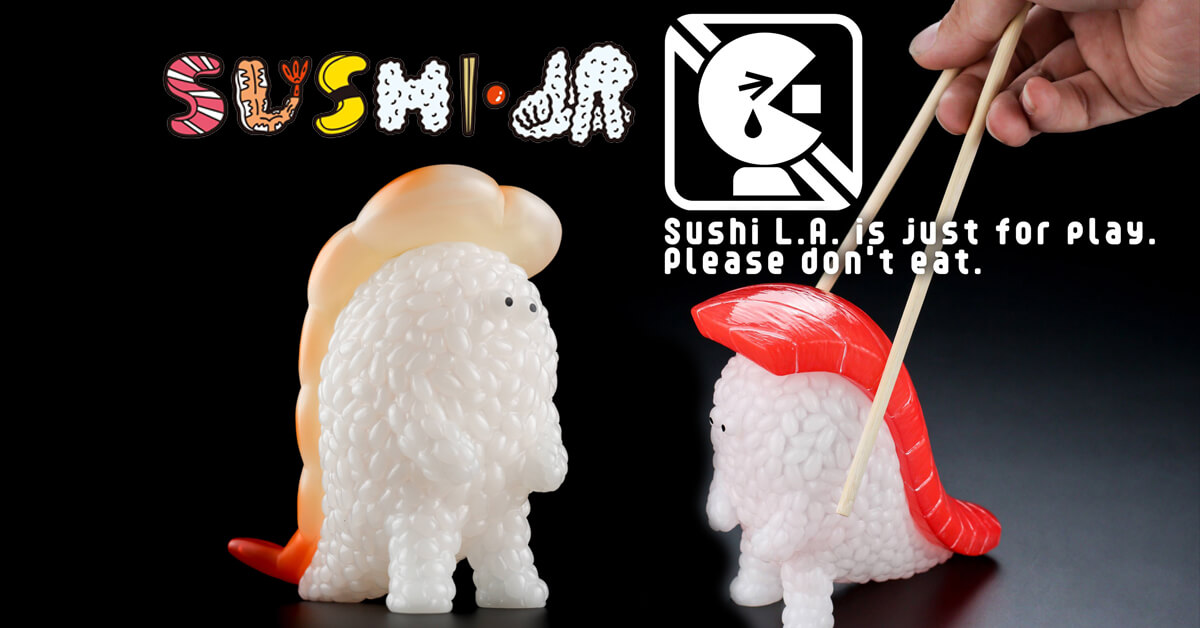 <About Sentinel>
Sentinel is a Japan-based toy company that develops high-end collectables known for their incredible attention to detail and amazing level of articulation. Sushi L.A. is their first foray in Sofubi vinyl.