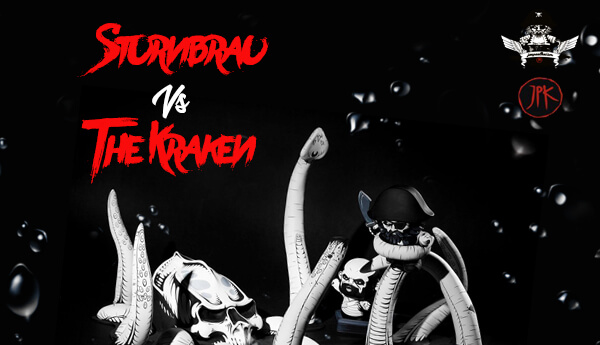 The evolution has begun, waters tested and pushing his comfort levels to a new level is Jon Paul Kaiser! We don’t know if its anything to do with winning the DTA Artist of the Year 2017 but one thing we do know this Sturnbrau Vs The Kraken is another level from JPK. 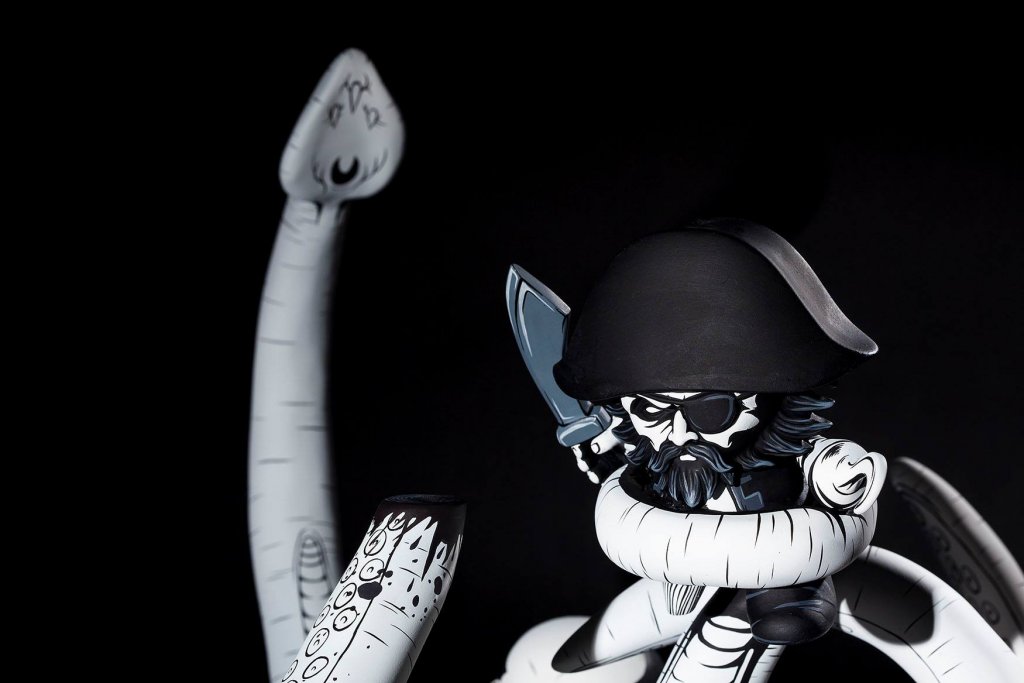 Layers on top of layers and the use of mix mediums is impressive, to say the least. As a whole, we are shocked and arguably the best ever thing JPK has ever made. Made of a series of long months, see’s JPK infamous Captain Sturnbrau get a new look and adjusted pose. You could say an updated 2017 look. Very clever having The Kraken look like it’s in motion raging from the deep sea from Jon Paul Kaiser. 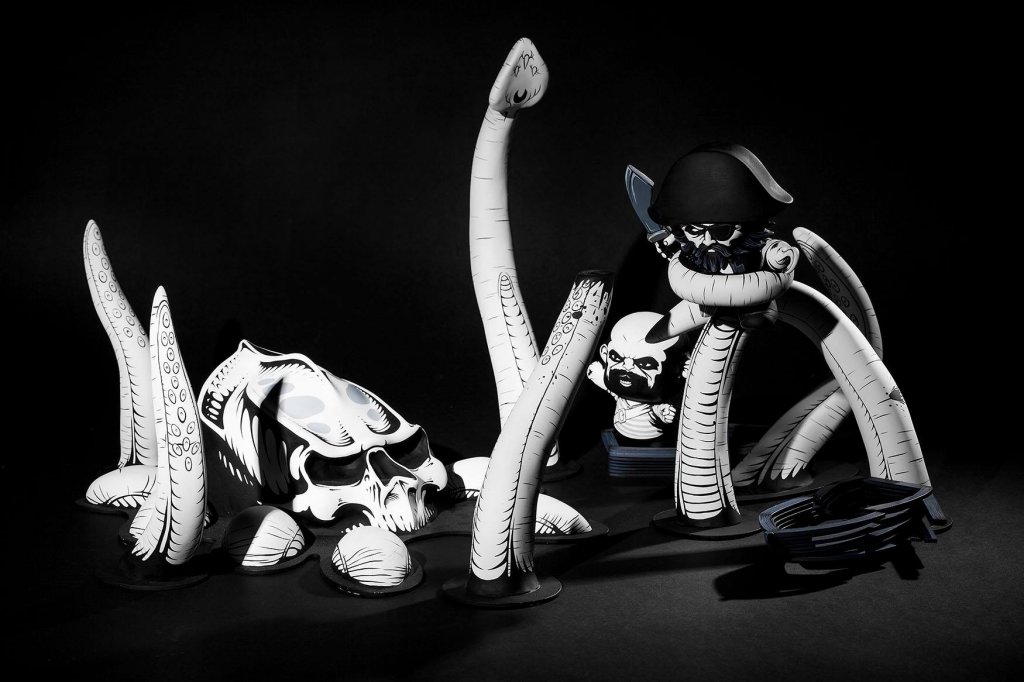 One heck of a dark piece, intertwining his signature lines and noir shadowing the love of the sea and nature mixing it with mythical creatures. ONE EPIC hand sculpted piece from the big man himself. Although it has no story you could just stare at it and tell your own tale. One story we need an encore. Will Sturnbrau escape the Kraken or be taken down to the unseen depths of the ocean?  We would love to see The Kraken its self with or without Sturnbrau. Someone should produce this as a full on resin/vinyl figure sculpture. Whoever owns this WE ARE OFFICIALLY JEALOUS.

If you’re like us and you want something this fabulous,  you can get in contact with JPK via Email to get on to his commission list as he has 2 more space left for October. Tell him The Toy Chronicle sent you 🙂 Don’t forget to check out JPK on Facebook, Twitter & Instagram.

Jon-Paul KaiserjpkOoakresinSturnbrau Vs The Kraken