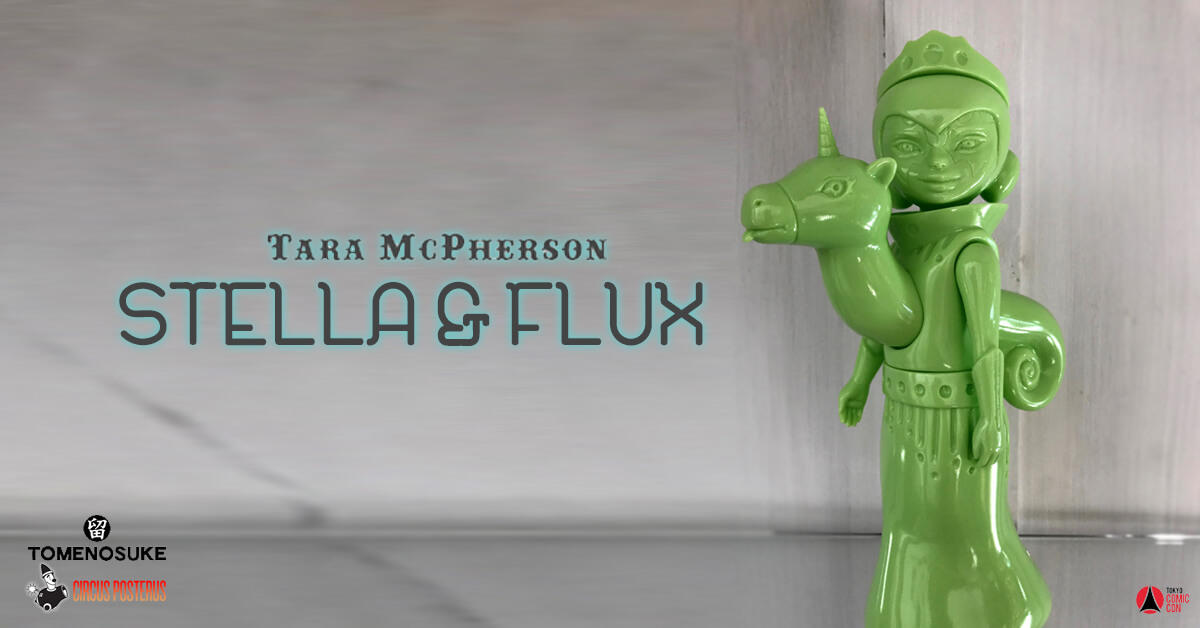 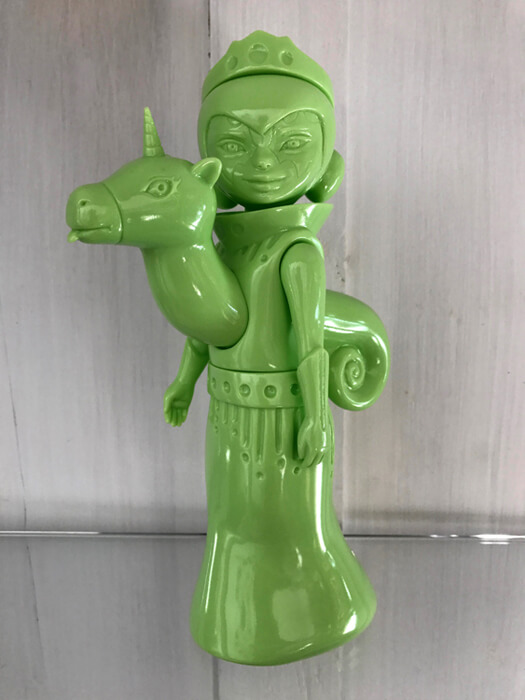 Among all sofubi figures of T+CP, the brand in collaboration with Circus Posterus, this Tara’s figure is by far the one that took the most time to make. Now that it is finished, I even feel nostalgic about those 3 years behind us, but I also recall all these times when we were about to be discouraged in the middle of the production.
Anyways, once we conveyed to the prototype sculptor (through Brandt Peters) the intention of the artist making the sofubi figure for the first time, of course, the sculptor requested a change in the design. Here is when I must give a feedback to the artist, together with annotations, so that the artist can well understand, but this is precisely difficult to do. And this is what we have been doing for 3 years, over and over again. The truth is, all people participating to this project were too busy and could not immerse themselves in this figure only. I may be the busiest person of all of them, but I gave up some of my plans and devoted myself in the role of messenger.

40 pieces were made in total, half of them were delivered to Circus Posterus, and Tomenosuke will sell the other half all around the world, except North America. We are planning to sell half of these 20 pieces at Tokyo Comic Con. – Tomenosuke 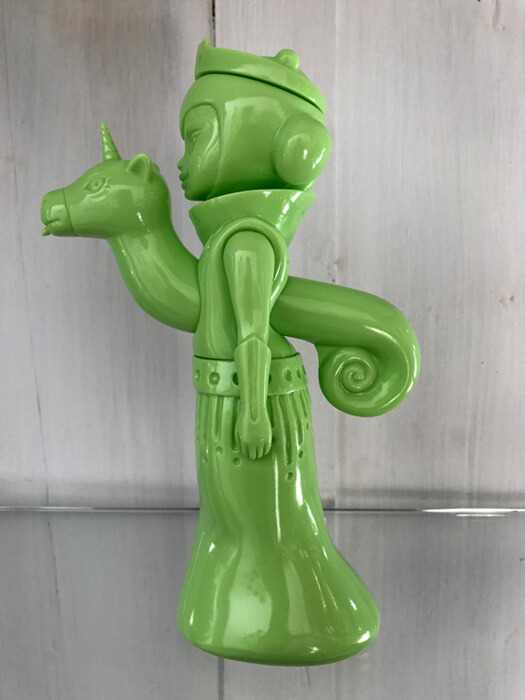 WHERE: http://www.circusposterus.com/store/sofubi/tara-mcpherson-stella-and-flux/ FOR ALL NORTH AMERCIAN BUYERS AND CANADA

http://tomenosuke.bandec-japan.com/en  for Japan collectors after Tokyo Comic-Con if any remaining (which we doubt)

The question now is anymore surprises installed? other colours? Will we see fully coloured version at Toyko Comic Con.